Italian investment firm Investindustrial has pumped €120 million into electric hypercar and vehicle components maker Rimac. Now joining Porsche, Hyundai, and Kia on the cap table, Investindustrial’s stake is meant to fuel Rimac’s shift into overdrive and drop the hammer on the transition to electric vehicles across the paddock.

Having initially invested in Rimac in 2021, Investindustrial has been providing the Croatian company with not only capital but perhaps more importantly, deep automotive industry experience and connections as the firm is the majority shareholder of iconic British sportscar company Morgan Motoring Company and has previously held stakes in Ducati and Aston Martin.

Founded in 2009 by Mate Rimac, the group now counts over 1,300 employees and is perhaps best known for its feats in producing the world’s fastest hypercars, the Concept_One and now the Nevera. 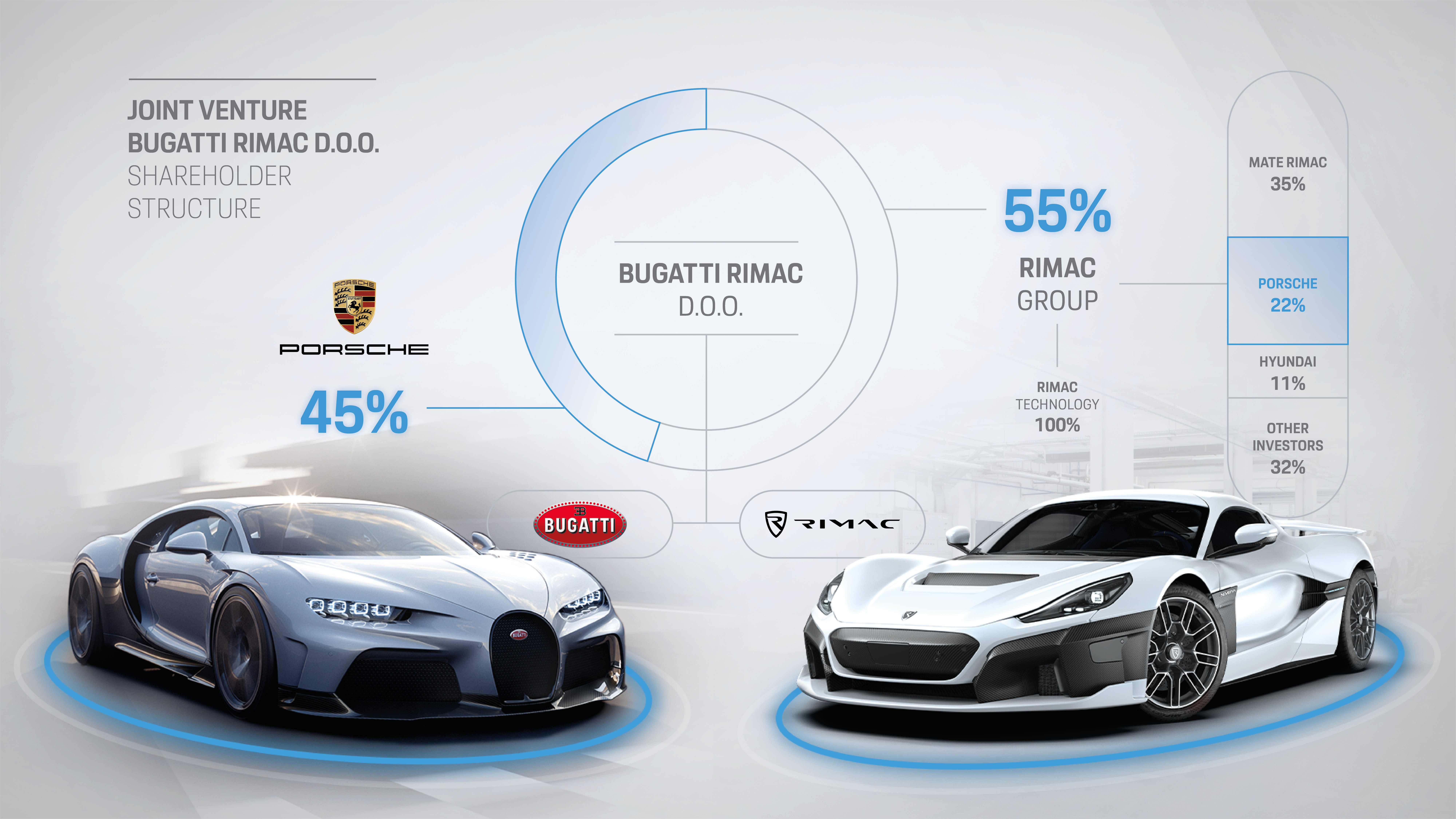 When Porsche stepped in and upped the ownership stake to 45 percent in mid-2021, the deal also saw the cult supercar brand Bugatti transfer hands from the Volkswagen Group to the joint Rimac/Porsche venture. In so much, the writing on the wall was clear: the future of exotic racers is not in 1500bhp petrol-powered hypercars, but electrified torque-turners.

Making further waves in the electric car sector, this past January, Rimac spun off its engineering division, making it a standalone entity that serves to develop EV technology not only for Rimac directly, but as a supplier to third-party manufacturers. Previous known implementations of Rimac’s tech can be found in Aston Martin, Automobili Pininfarina, Hyundai, Kia, Koenigsegg, and naturally, Porsche autos.

And now with Investindustrial’s deep bench, Rimac plans to extend this reach even further.

“Next, we grow our family of hypercar models, we begin mass production of a number of major OEM electrification projects and we explore the next revolution in transport, all while building our new home in Croatia and rolling out the Nevera to customers all over the world,” explained Rimac founder Mate Rimac. “This latest collaboration with Investindustrial not only secures our future ambitions but allows us to tap into decades of global experience that will help accelerate our vision and deliver it with the kind of precision and innovation that the Rimac Group has become known for.”

Morgan owner Investindustrial joins Porsche, Hyundai, and Kia at the Rimac table with €120 million investment
Comments
Follow the developments in the technology world. What would you like us to deliver to you?
All

NEXT
This Barcelona startup enables businesses unleash insight from unstructured data and rakes in $5.4 million
Between 80 to 90 percent of any company’s data…
Megha Paul