Monta mounts up for North American expansion with €30 million raise

Monta has raised €30 million in what the company is calling a Series A+ funding round. In addition to solidifying and bolstering its market position in Scandinavia, the UK, and Germany, Monta is also now setting its sights further afield and plans for North American operations are well underway.

Like many an EV driver, Monta was born from co-founders, and EV drivers, ​​Anders Pedersen and Casper Rasmussen’s frustration with the lack of availability of universal charging points. And this is just in urban areas, travel beyond city limits, and you’re taking your life into your own hands.

According to the International Energy Agency, 2021 saw the sales of electric vehicles increase by more than 65% year-over-year. With EV charging network providers including Gridserve, Paua, Ionity, ChargePoint, etc. etc., being well aware of this statistic, it’s led to a land grab across the sector and all the fragmentation that goes with it.

Angling to corral any loose cattle and ultimately accelerate the mass adoption of electric vehicles, Monta is using open web standards to simplify and streamline the entire charge point deployment, management, and usage process. For both operators and consumers. 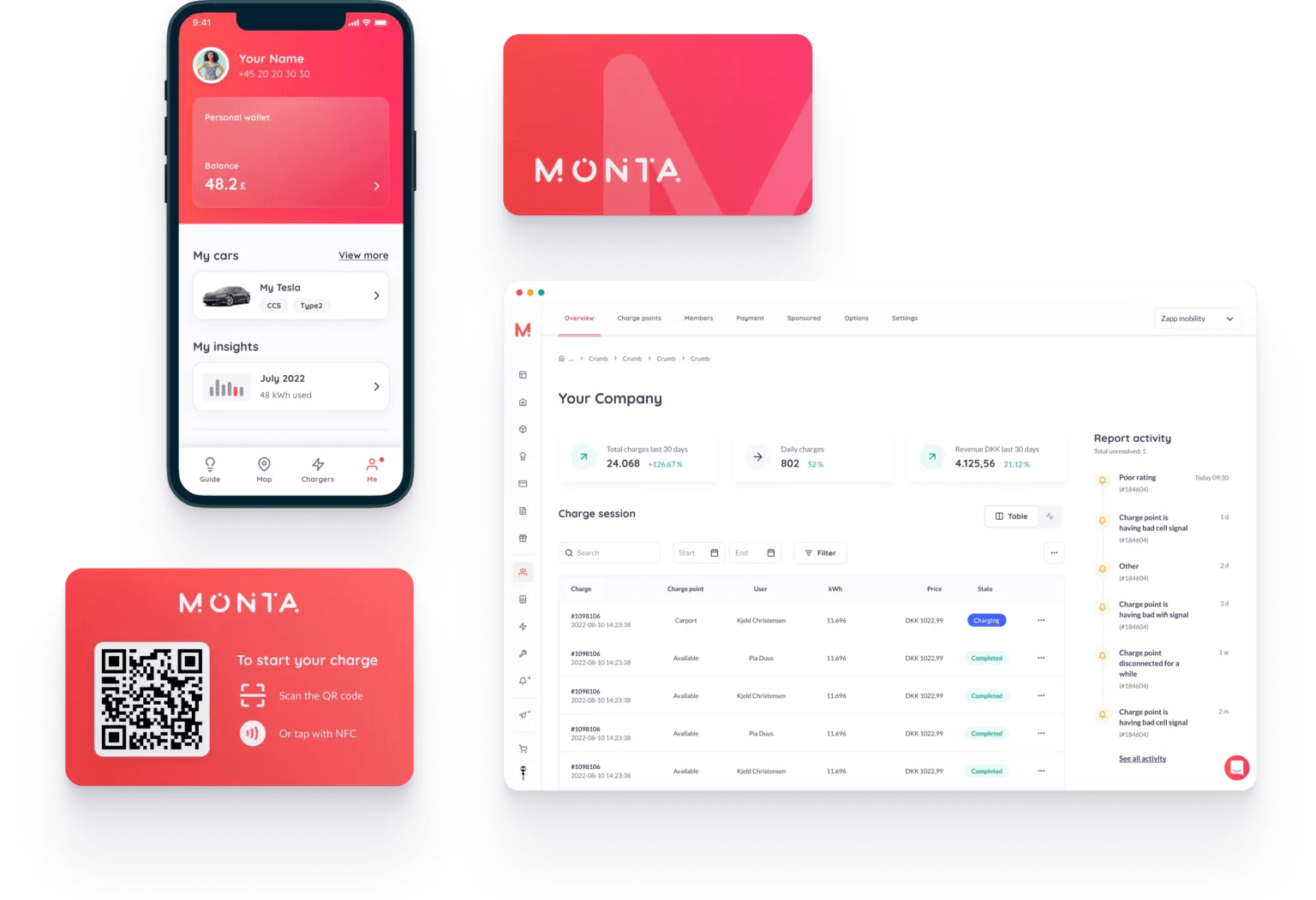 “We are aiming to fully digitalise the EV ecosystem to tackle all the immediate challenges within the industry and build toward a more transparent and flexible future. By partnering with hardware OEMs we can deliver new features straight out of the box, like our new feature that allows operators to set a percentage on top of the spot price in order to follow the market fluctuations and automatically offer a fair price for charging,” explained Rasmussen.

Monta’s client list includes Vestas, CPH Airport, and PostNord, as well as a number of wholesalers who are using Monta’s methods to help installers step up their game. Since the beginning of this year, the startup has also established key partnerships with pan-European charge point providers Garo, CTEK, ABB, and Zaptec.

Monta’s €30 million Series A+ round was led by Energize Ventures with returning investors Creandum, Pale Blue Dot, byFounders, and Headline all participating.

Monta mounts up for North American expansion with €30 million raise
Comments
Follow the developments in the technology world. What would you like us to deliver to you?
All