Almost a year to the day since adidas dipped its toes in the metaverse pool, and now just days after Nike formally announced its first large-scale web3 project, Dot Swoosh, the company has unveiled a 16-piece digital outerwear collection. Holders of the adidas Originals: Capsule NFT Collection, some 30,000 non-wearable NFTs that the company put up for offer in 2021, have the option to reveal which item they’ve received at random by burning the original Capsule NFT they possess and replace it with the new item, or flip it for a profit.

The 16 unique jackets are part of a new product category adidas is referring to as Virtual Gear, are designed to be worn by virtual avatars, accessible via a PFP dressing tool, and their futureproof properties ensure that they’re interoperable with other identity-based projects and worlds, including those that are currently under construction.

While adidas didn’t immediately provide any specifics, The Sandbox is a likely candidate as almost immediately after announcing a partnership with Coinbase, the company confirmed that it has snapped up 144 parcels of land in late November of 2021.

“With our community and creator ecosystem at the core, adidas will explore every viable utility, platform, and experience within Web3 to unlock new possibilities for our wearables, with a focus on tangible value and immutable utility for our community members,” commented adidas /// studio VP Erika Wykes-Sneyd. “No matter what, no matter where – adidas is synonymous with the boundary breakers. Now, in whatever realities they choose to inhabit.” 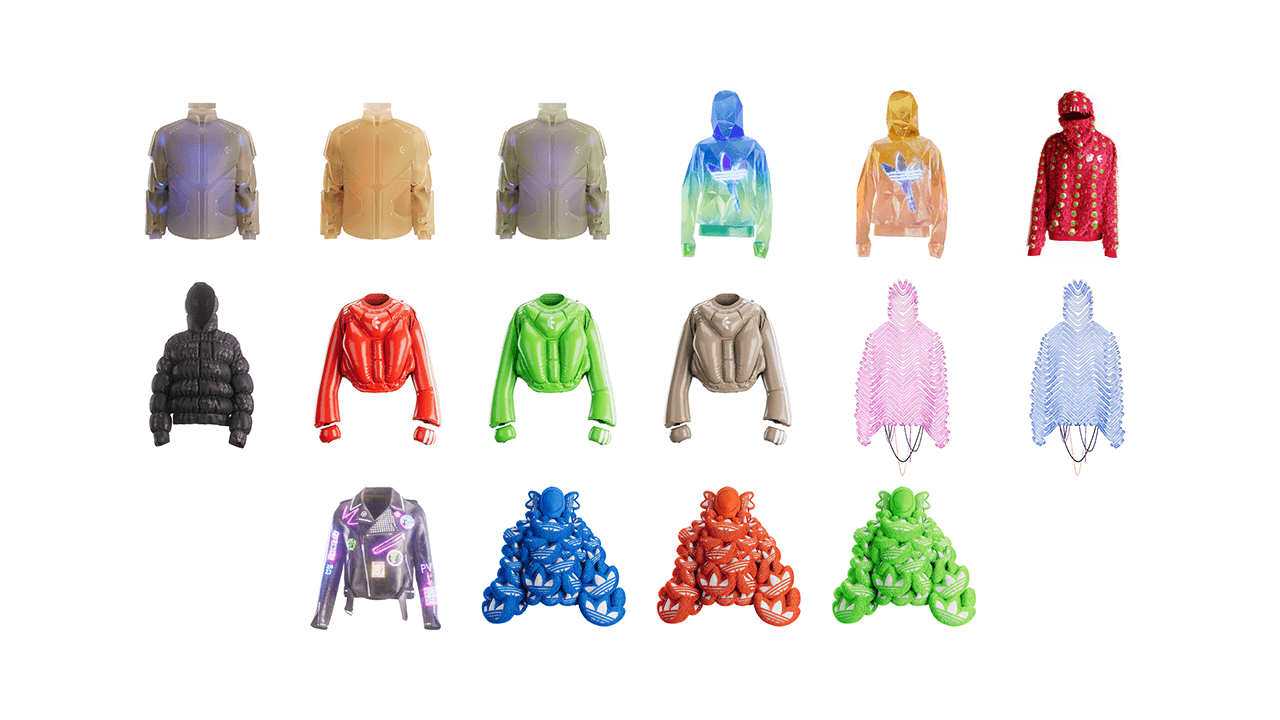 While the collection is not yet fully realised, adidas is clearly having a play with its past, while looking brightly toward its future. The “NEOBONE” piece, for example, is inspired by the sole pattern of the brand's iconic Superstar. Staying true to an ongoing collaboration, three of the wildest designs in the collection feature the works of Bored Ape Yacht Club (BAYC), Gmoney, and Punks Comics.

Nic Galway, Senior VP of Creative Direction for adidas Originals concludes, “Creatively, we’re extremely proud to say that this virtual collection represents more than just a historic first for adidas. It also represents an idea of wearable clothing that can transcend time and space, a community that is vividly diverse, and a level of utility that can be explored and even discovered as worlds and avatars take new forms.”

Adidas reveals its first collection of NFT wearables in new product category dubbed Virtual Gear
Comments
Follow the developments in the technology world. What would you like us to deliver to you?
All