London-based V7 has raised $33 million in a Series A funding round that will see the company further expand in the US market as it aims to double the team size.

The round was co-led by Radical Ventures and Temasek, and saw the participation of existing investors Air Street Capital, Amadeus Capital Partners, and Partech, as well as s number of angel investors including Francois Chollet (Keras creator), Oriol Vinyals (DeepMind), Jose Valim (Elixir creator), and Ashish Vaswani, who co-created Transformer models while at Google Brain, as well as undisclosed individuals at OpenAI, Twitter, and Amazon.

For all the advancements and leaps forward artificial intelligence promises to humankind, the stumbling block we’ve seen time and time again lies in the accurate, scaleable, and ultimately swift training of said AI. According to V7, when building an ML system, 80% of a team's time is spent managing training data. In order for any AI to truly understand what it is looking at, humans must perform the task of labeling objects manually. 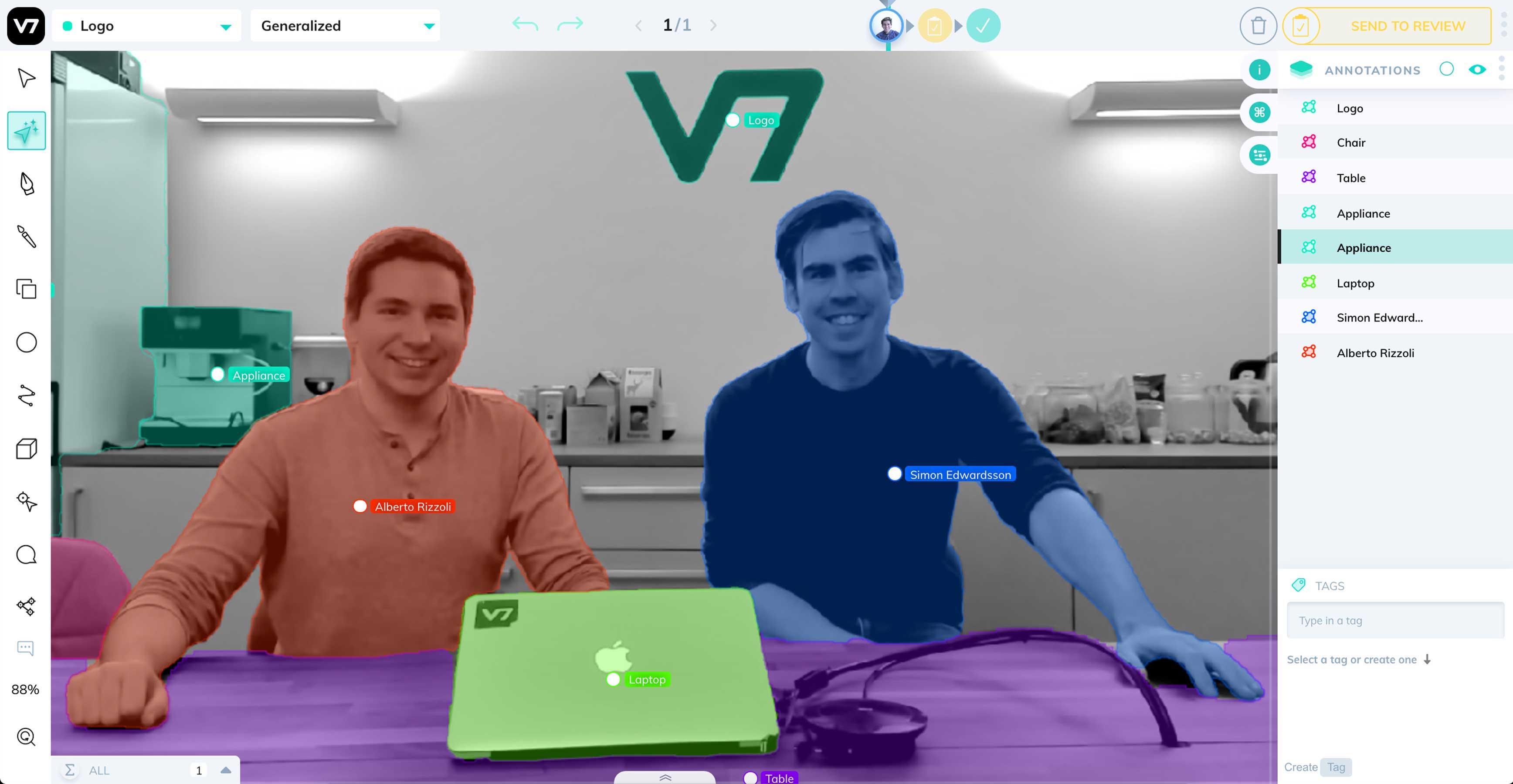 And this is where V7 comes to life, as it automates this labeling process, allowing companies to accomplish the same processes, only 10x faster. Using AI models to automatically segment objects in images and videos, V7’s “programmatic labeling” workflow requires minimal human intervention. After approximately 100 human-touched examples, V7’s tech can take over and automatically start identifying objects on its own. If there’s anything the system doesn’t quite comprehend, it will flag it and send it to a human for review.

“The next generation of software won’t run on code, it will run on models fueled by training data. We let our clients easily turn human knowledge into AI models, improving the safety and accuracy of AI. This is incredibly powerful, and in the right hands, can literally save lives. If we want to build software that tackles unsolved frontiers in human health or our climate, this is the only way,” said CEO Alberto Rizzoli.

Over the course of 2022 V7 has grown its ARR by 3x, and counts over 300 clients including GE Healthcare, Paige AI, and Siemens. Use cases of V7’s offer range from autonomous driving to sorting nuclear waste through robotic arms to potentially life-saving applications like early cancer detection.

Helping companies build and train AI for computer vision faster through automation, V7 raises $33 million
Comments
Follow the developments in the technology world. What would you like us to deliver to you?
All