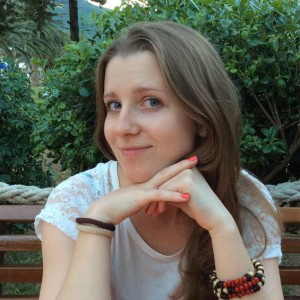 Darya is a London-based technology journalist with previous experience at RBC, Forbes and BBC in Russia.
More articles OneTwoTrip, the Russian travel booking website operating in Russia, Europe and CIS, has secured $4 million in fresh funding from Vostok New Ventures. The deal was disclosed in the nine-months report of the Swedish fund.

Launched in 2011, the startup offers online booking of flight tickets and hotels. The company raised an $8 million round from an undisclosed investor in March 2015.

OneTwoTrip declined to disclose the valuation of the company after the latest round. In 2012, the startup raised $9 million from Phenomenon Ventures with a rumoured valuation of $70 million.

OneTwoTrip competes in Russia with local players like Anywayanyday and Biletix. According to the latest research by Data Insight, a Russian analytical agency, the e-travel market in Russia reached a volume of $11.2 billion in 2014. It grew by 24% year-over-year.

However, OneTwoTrip, if we are to believe SimilarWeb, faces a decline in traffic. The number of monthly visits to onetwotrip.com fell from 1.5 million in May to 880,000 in October.

Its competitor, Anywayanyday, according to its spokesperson Eugene Shuhlin, has seen an increase in traffic to the site after they added new channels of engagement. He declined to disclose actual figures “to avoid speculations”.

According to SimilarWeb, the number of monthly visits to Anywayanyday.com sharply grew from 750,000 in September to 3.8 million in October. Biletix CEO Alexander Sizintsev said they have witnessed a 6% year-over-year increase in sales in November, but he did not disclose absolute figures either.

Chefmarket, the ‘HelloFresh of Russia’, raises $5 million at a $25 million valuation

This website uses cookies to improve your experience while you navigate through the website. Out of these, the cookies that are categorized as necessary are stored on your browser as they are essential for the working of basic functionalities of the website. We also use third-party cookies that help us analyze and understand how you use this website. These cookies will be stored in your browser only with your consent. You also have the option to opt-out of these cookies. But opting out of some of these cookies may affect your browsing experience.
Necessary Always Enabled
Necessary cookies are absolutely essential for the website to function properly. These cookies ensure basic functionalities and security features of the website, anonymously.
Functional
Functional cookies help to perform certain functionalities like sharing the content of the website on social media platforms, collect feedbacks, and other third-party features.
Performance
Performance cookies are used to understand and analyze the key performance indexes of the website which helps in delivering a better user experience for the visitors.
Analytics
Analytical cookies are used to understand how visitors interact with the website. These cookies help provide information on metrics the number of visitors, bounce rate, traffic source, etc.
Advertisement
Advertisement cookies are used to provide visitors with relevant ads and marketing campaigns. These cookies track visitors across websites and collect information to provide customized ads.
Others
Other uncategorized cookies are those that are being analyzed and have not been classified into a category as yet.
SAVE & ACCEPT
<script type='text/javascript' src='https://tech.eu/wp-includes/js/im