The 7 faces of London’s tech scene 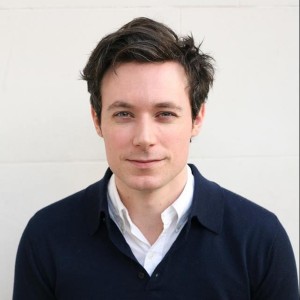 James is a principal at Balderton Capital, one of Europe's most successful early-stage venture funds. Focusing on Series A investments across Europe, James has led investments in sectors ranging from 3D printing to software development tools.
More articles

Editor’s note: This is a guest post from James Wise, an early-stage investor at Balderton Capital who formerly worked in social enterprise, policy and technology.

London, like all Europe’s leading tech hubs, gets compared to Silicon Valley on a daily basis. In some ways it’s a great compliment, and a sign of the burgeoning community here.

But despite being a Europe-based VC, I’m not convinced this should be an aspiration. The UK’s capital has its own distinct structural and cultural heritage that makes it very different from the Valley.

And rather than setting out to copy the West Coast and build skills and community from scratch, London should be building on the sectors in which we already have the competitive edge.

We’ve been making this point about London’s differentiated strengths for years, and after getting bored of just saying this, we’ve tried to put some data behind it.

To understand how London differs from the Valley we scraped all the startups tagged in London and San Francisco locations on AngelList and compared the sectors they operate in. Some analysis from our data scientist – @fhuszar – pulled out 7 distinct tech sectors in London which have a much stronger representation here than those listed in the Valley.

Not only do these sectors reflect the particular strengths London is known for globally, they are also the sectors where we believe the next generation of successes can be built, without founders having to pack their bags and move West. (The real map of the London tech community)

So what are these sectors? Well the 7, listed below, are:

The strongest area of difference between the Valley and London tech communities is in financial services. While much is said of London as a global centre of finance, its clear that this doesn’t stop at the banks.

London is already home to global leaders in all types of fintech including Betfair* ($2bn market cap), Wonga* (raised $145M+) and Worldremit (raised $40M+) that were up and running well ahead of their US competitors.

It’s also home to some earlier stage start-ups that have gathered international attention including Transferwise, GoCardless* and Zopa*. Even support services for finance companies such as OpenGamma are building exciting businesses here.

These companies are pulling apart banks vertical by vertical, and are developing better services for consumers and enterprises in $bn markets. From mobile payments to algorithmic trading, the chances are that the next big global fintech player is currently being founded in London.

While we aren’t Italian in terms of style, London is still the global leader in fashion e-commerce. Few technology companies reach the size of ASOS ($6bn market cap) and London is also home to companies that have begun to make an impact in the States such as Net-a-porter, Farfetch and Lyst*, despite the difficulty of cross-geography commerce.

E-commerce is only just beginning to have a significant impact on fashion, with social shopping, beacons and computer vision all likely to be revolutionary for the sector in the coming years.

We expect there will be many more ASOS-esque global breakthroughs out of the UK.

Mobile apps also came out as one of the densest clusters, with the UK home to many that are breaking through on to the home screen.

These apps are going global in their droves, with mobile services like CityMapper* and Hailo launching into the US over the past few months, and YPlan, which was founded in London, launching in San Francisco as its 4th market, not its 1st.

In all the areas above, London has clear structural advantages, whether it’s its proximity to world-leading academic institutions, its depth of expertise in machine learning and analytics, or its strength in traditional industries such as advertising and sales.

While London is unlikely to be the founding location of the next Facebook or Twitter, it does have many more verticals where companies of a similar size and impact could be built.

There are of course many more sectors that we are excited about in London, and across Europe. But next time someone says London is the next Silicon Valley, you can give them seven ways we won’t be.

(* Companies currently in the Balderton portfolio)

This website uses cookies to improve your experience while you navigate through the website. Out of these, the cookies that are categorized as necessary are stored on your browser as they are essential for the working of basic functionalities of the website. We also use third-party cookies that help us analyze and understand how you use this website. These cookies will be stored in your browser only with your consent. You also have the option to opt-out of these cookies. But opting out of some of these cookies may affect your browsing experience.
Necessary Always Enabled
Necessary cookies are absolutely essential for the website to function properly. These cookies ensure basic functionalities and security features of the website, anonymously.
Functional
Functional cookies help to perform certain functionalities like sharing the content of the website on social media platforms, collect feedbacks, and other third-party features.
Performance
Performance cookies are used to understand and analyze the key performance indexes of the website which helps in delivering a better user experience for the visitors.
Analytics
Analytical cookies are used to understand how visitors interact with the website. These cookies help provide information on metrics the number of visitors, bounce rate, traffic source, etc.
Advertisement
Advertisement cookies are used to provide visitors with relevant ads and marketing campaigns. These cookies track visitors across websites and collect information to provide customized ads.
Others
Other uncategorized cookies are those that are being analyzed and have not been classified into a category as yet.
SAVE & ACCEPT
<link rel='stylesheet' id='infinite-scro