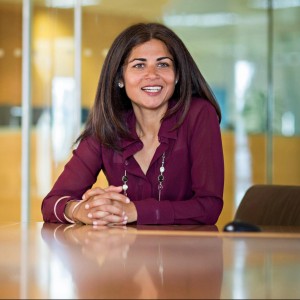 Editor’s note: Accel Partners’ Sonali De Rycker is publishing a series of blog posts on her Medium account this week to highlight the ‘Nordic way’ of building scale-ups. We liked it, so we’re republishing the interviews on tech.eu.

Brave, bold, or even brash – founders need to be pretty fearless, but the line between audacity and arrogance is a thin one. We think there’s another way to do things, and we’ve actually seen it play out time and time again in the Nordics. The region is the source of some of the best and biggest tech businesses in Europe – its share of multi-billion-dollar exits is the highest in the world, relative to GDP.

What has been distinctive is the remarkable way they lead their teams, and we’ve had conversations with three of our founders to try and lift the lid on this very Nordic way of building billion-dollar tech businesses. Our third is with Jonas Nordlander of Avito.

Avito, Russia’s answer to Craigslist, Zillow and Autotrader all-in- one, is as much a cultural phenomenon as a business. It’s one of the largest online destinations in Russia, and the second largest classifieds site in the world. We spoke to Jonas, Avito’s Swedish co-founder, about how he stayed true to the Swedish way of working, even though it was almost always at odds with the Russian one.

Tell us how you would describe Avito’s culture?

First I should tell you what it’s not. In Russia, the CEO decides everything. Historically, there’s a tradition of hiring people who aren’t as smart as you.

But from the start we took a very Swedish style of working, which is that everyone in the company is here only because they are better at doing something than someone else. We wanted the team to understand the importance of always looking for a person better than yourself. At the time, this was a huge difference between Avito and most other Russian businesses.

At first employees weren’t used to it. There was a trust issue – do they really want me to do this? Are they serious? But I wanted them to see that we’d deliver on every promise we made. In the beginning it was just basic stuff, like regular salaries. When things were tough, I’d go to the ATM to get money from my personal account, to make sure people were paid. Later on the promises were bigger, but no matter what, we kept them.

In fact, when the conflict in Crimea broke out, we had 200 people in Ukraine. We made sure every single employee got their salaries on time. The paperwork made this close to impossible, given Crimea had become part of Russia overnight. And when we ended up having to shut the office down, we paid for everyone (who wanted it) to migrate to mainland Russia.

I truly believe people are the same all over the world. If they think you’re for real and if they trust you, the company ends up working like an organism. In Russia there’s an extremely hard surface but once you break through they’re incredibly friendly people. We became super close to our employees. We’re in the top three places to work in the whole country.

Why Russia? Why would a pair of Swedes move to Russia to start their next gig?

I went because my last company was bought by eBay, and Russia was one of the only places my non-compete didn’t apply. It was also an excuse to get out of the office. When I went and looked at the data on online trends, I saw this incredible opportunity – but I knew next to nothing about the country.

Our timing was really lucky. Russia had seen 10 years of huge consumption, but there was nowhere for people to sell the stuff they no longer wanted. They were watching international TV shows; they wanted TVs, PlayStations, phones, everything. But there was really no marketplace for all that. You had to go to a kiosk and wake up an old lady to hand in your ad for a paid print classified. The incumbents were doing it all wrong.

Those early days were challenging: the cultural differences did make things hard at first. In Sweden everyone downplays their competence. In Russia, every second person I met could run the company single-handedly. At my last company, I fired two people in seven years. At Avito, I had to fire more than 20 people in the first twelve months. It was not easy.

I have found that the first 20 people in a company are crucial. For a long time I was basically the HR manager, on top of everything else – I focused so much of my energy on figuring out who’d be a fit. But those first employees really set the tone when it comes to culture and values. If you get the first twenty hires right, then the next twenty are easier, and then it becomes this virtuous cycle of good people attracting good people.

Talk us through how Filip Engelbert got involved with Avito. It’s one the most unusual co-founder relationships we’ve seen at Accel. You now do almost everything together, at work and beyond…

When Filip and I moved over in 2007, we were in separate businesses. He was running the Russian Yellow Pages and I’d started Avito. Filip knew stuff that I didn’t know, and with him on board I knew we’d have a better chance. You’ve got to have staying power in a place like Russia, and it’s tough going it alone. Plus we had a lot of fun together.

So I brought him in as a co-founder. I knew we’d work it out, and we did. I ended up owning a little bit more equity, but that was only because our original investor thought it was important. I was happy to have him as an equal in every respect, and that’s how we’ve managed the company ever since.

Avito is central to how Russians buy and sell almost everything – from houses and cars to pets, clothes and furniture. It’s just so improbable that a pair of Swedes would be the ones to figure it out. What did you understand that no one else did?

For us it was always about just being very honest, being very real. At the start, we were told that we were stupid, that we would never succeed, that we were working against the odds. But I did the opposite of what everyone in Russia advised me to do.

We talked to customers, we responded to emails, we took phone calls – which was completely unheard of. There was no notion of trust, that the customer is king. In the last company I founded, everyone did support, everyone had to do support. That was the only way you could understand your client. So we effectively brought Western entrepreneurship and Swedish values to a country where, at the time, it just hadn’t been done before.

And our investors were thinking long term – they always understood that we had to go out on a limb and supported our key decisions. Filip and I are extremely competitive people. Our approach was always ‘we run the business, we’re very straightforward, we’ll deliver on our promises, we’re not fucking around – so you can trust us.’

To what extent do you think Avito is a product of Sweden?

There’s something very Swedish in the idea of trying as hard as you can. We’ve fired people who were smarter than everyone else but only did 80% of what they could, even when that 80% was better than another person’s 110%. When our employees see that and have it explained, the motivation is incredible.

When we’ve have had time to reflect on it, there’s also this Swedish thing about a little Luther who’s sitting on your shoulder. However you feel in the morning, he’s going to poke you and say: ‘Get up and do your job!’ No matter what, we get up, go to work, and we just do what we need to do for our customers.

Neither Filip nor I came from rich backgrounds, but we had stable families with strong mothers, and were keen to be the best at what we do. We were used to operating in a small community in Stockholm, and believed what goes around comes around. Everything starts from the top, and if you have these moral pillars in place, you can always attract the right people.

What advice would you offer to other entrepreneurs?

In the kitchen at Avito, we have the slogan: ‘don’t fuck it up’. What we mean is that we should get the simple stuff right – and if something is working, we shouldn’t mess with it. We have always trusted our team to make the right calls each day, every day. It’s their company too. But the flip-side is that in everything they do, they need to stay true to the core Avito values. In times of hyper-growth, it’s easy to forget, and once you start on that road it’s even easier to kill a good thing.

We tried lots of fancier mission statements but in the end we came back to this one. It’s simple, and it works.