Analysis: After hitting Amazon with a €250 million bill, EU considers next steps on new digital taxes 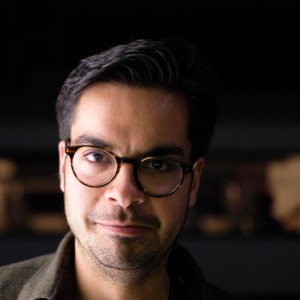 Alexander is a freelance journalist and public policy researcher living in Brussels, Belgium. His work has appeared in Foreign Affairs, EUObserver, VICENews, and elsewhere. Find him on Twitter @ajsaeedy.
More articles

On Wednesday, the European Commission ordered that Amazon pay back 250 million euros to the government of Luxembourg, which gave the e-commerce and cloud computing giant illegal and overly generous tax breaks from 2006-2014, it says.

It is the latest chapter in the EU’s fight to have digital businesses, predominately headquartered in the United States, pay their fair share of taxes to European governments.

“[Luxembourg’s] tax ruling gave Amazon an advantage the company should have never had in the first place. Amazon has to repay the tax benefit, which is around 250 million euros plus interest,” said European Commissioner Margrethe Vestager, who leads the Commission’s powerful antitrust arm.

Vestager also announced that the Commission was taking the Irish government to the European Court of Justice for failing to collect similar tax subsidies granted to Apple from 2003-2014, and which the Commission ruled were illegal last August.

Both Ireland and Luxembourg are notorious for tax loopholes that allow for multinational corporations to operate in the EU’s Single Market but not pay taxes where they generate profits, predominately through intellectual property loopholes.

Vestager was also quick to deny that there was any anti-American bias in the Commission’s decisions:

While state aid cases are now a routine way for the EU to try and claw back lost taxes and ensure that all companies are treated equally under the law, the Commission has said it is most committed to preventing these loopholes for digital businesses through ambitious tax reform, including new taxes on the digital economy and a revamped corporate tax base (known as the CCCTB).

“The digitization of the global economy is happening fast and permeates almost all areas of society. The challenge is to make the most of these digital opportunities to ensure Europe’s competitiveness, while ensuring fair taxation,” the Commission said in a communication on the digital economy.

Though both proposals are still in a nascent form, business interests are warning that these major reforms to the tax code could jeopardize European competitiveness and investment into its developing tech economy.

The only certain things in life are tech and taxes

The low tax rates paid by the titans of Silicon Valley have attracted more and more attention since the 2008 financial crisis, as governments and households are forced to tighten their belts while tech companies like Apple post billions in profits without paying a substantial tax burden.

Last year, Apple was mandated to reimburse up to 13 billion euros to the Irish government for illegal tax subsidies, which set Apple’s effective corporate tax rate in Europe at around 0.0005%. Traditional companies in Europe pay an average corporate tax rate of 23.3%, according to Eurostat.

Alongside the state aid approach, which Vestager hinted on Wednesday was a “backdoor” to fair tax policy, the European Commission is also preparing a set of proposals that will help tax authorities to better ring-fence digital businesses and their innovative business models.

While they are still in a nascent form, they include a turnover tax on all “untaxed or insufficiently taxed” income generated from Internet-based business activities and a withholding tax on payments made for goods or services online.

In the first instance, taxing turnover (which is generally a raw measure of corporate revenues, before adjusting for costs) rather than profits would clamp down on the practice of profit shifting into low-tax or tax-free jurisdictions by taxing revenues before they can be shifted.

While turnover taxes exist in some sectors of the economy, they are nonetheless controversial for the financial burden they can pose on companies who are not earning profit but are still forced to pay a tax bill. It is also yet unclear how the Commission would define “untaxed or insufficiently taxed” income.

A withholding tax, on the other hand, could see digital service providers like Airbnb withhold a part of the money they pay to renters for lodging a customer, since this money constitutes a form of income for the recipient.

As opposed to a turnover tax, the withholding tax would likely be less severe for loss-making companies and startups.

At a meeting of European finance ministers in Estonia last month, ten countries led by France and Germany came forward in support of the notion of a turnover-based tax model for digital businesses, somewhat akin to what the Commission has proposed.

However, the reservations of tax haven jurisdictions like Ireland and Luxembourg threaten to hold up these plans, as is often the case as European countries try to build a common European position on tax.

“How much the Estonian Presidency of the European Council will be able to conclude on digital taxes will depend on its ability to broker a compromise the member states before the year is up. Many countries are hesitant to act unilaterally and break with the OECD’s framework for tax legislation,” said an EU official with knowledge of the talks and who spoke on the condition of anonymity.

To some extent, antitrust rulings are one of the most effective ways for the EU to intervene and support fair taxation without entering a quagmire on European tax legislation, which require unanimous agreement by Member States to be passed.

Still, on Wednesday, Vestager reaffirmed that the Commission was still prepared to pursue legislative options in order to reform European tax codes.

“Two weeks ago, the Commission issued a communication on digital taxation, and this
important debate builds on our strategy towards fairer taxation and greater transparency in the EU. There is a consensus that we need to move forward on digital taxation,” Vestager said.

And, while business groups are warning that the new taxes on the digital economy will torpedo both investment and growth, conventional wisdom tends to teach that the world’s largest tech companies are unlikely to abandon a market of 500 million consumers because of a marginally higher tax burden.

“I have worked with investors for sixty years and I have yet to see anyone shy away from a sensible investment because of the tax rate. People invest to make money, and taxes have never scared them off,” said Warren Buffett in a well-known oped for the New York Times in 2011.

Europe’s finance ministers have agreed to reach a final position on digital taxation by
December. The Commission is expected to come forward with concrete legislative proposals based on those conclusions.