Bitcoin and Europe: a complicated but promising relationship 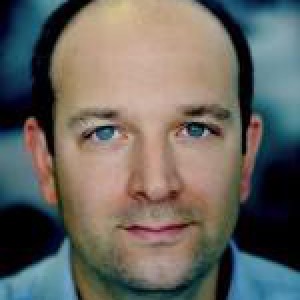 Pamir is a Partner at Hummingbird Ventures where he currently focuses his efforts on virtual currencies. He is also the founder of CoinSummit, a series of events in the US and Europe focused on virtual currencies, and previously co-founded MarkaVIP, the leading online apparel and accessories e-tailer in the MENA region.
More articles

(Editor’s note: this is a guest post by Pamir Gelenbe, co-founder of CoinSummit, an invitation only gathering that brings together virtual currency entrepreneurs, angel and VC investors, hedge fund professionals and others who are looking to learn and network. This year’s CoinSummit London, which took place last week, showcased 20 bitcoin startups – many of which are based in Europe.)

While there are still considerable obstacles to mainstream adoption, the bitcoin industry has evolved significantly over the last year.

It is no longer a fringe libertarian movement but a commercial industry in its own right that is attracting strong talent and significant investment.

There has also been a shift in stance among some key jurisdictions as well as evidence of growing corporate acceptance of bitcoin.

But, while venture capital investment in bitcoin is accelerating with around $200m flowing into bitcoin companies in the U.S. over the last year, so far we have seen just a handful of much smaller deals in Europe. So what can be done to help the ecosystem here grow – and thrive?

Adoption still confined to the techies

One of the biggest challenges is user adoption. It is something of a chicken and egg problem, not unlike what we saw in the early pre-broadband years of the Internet. It is by no means easy to understand how bitcoin works or decide whether it is safe to store bitcoin holdings.

Even the process of buying bitcoin remains far too complicated for the average consumer. The rise of bitcoin’s value is also turning wallets into a target for all kinds of cyber attacks.

Kaspersky Labs estimated that 20% of attacks utilizing financial malware in 2013 targeted bitcoin wallets, and Dell reported earlier this year that the amount of malware families targeting cryptocurrencies had surpassed 100.

The complexity of bitcoin and ongoing security concerns have prevented any broader adoption and bitcoin transaction volumes remain low.

There must be greater clarity from regulators

Regulation is also a key issue.

While, overall, Europe offers a better regulatory framework than the US to operate bitcoin businesses, there are still significant hurdles that need to be overcome.

As a direct consequence of the lack of regulatory clarity, financial institutions tend to shy away from participating in this new industry. Banks gain limited upside from offering their services to bitcoin companies, while being exposed to significant fines if their services are provided to the wrong clients. I have heard numerous stories of companies struggling to set up bank accounts as well as stories of companies that have had their bank accounts closed down.

The problem was clearly evident at CoinSummit London, where entrepreneurs were literally queuing up to speak to a bank that had expressed a higher level of tolerance for working with bitcoin businesses.

Bitcoin entrepreneurs are currently spending far too much of their time navigating regulatory and banking issues and this must change.

In the U.S., California Governor Jerry Brown recently legalized the use of bitcoin and other digital currencies in the state. The Assembly member that wrote the bill stated that “in an era of evolving payment methods… it is impractical to ignore the growing use of cash alternatives” and that the bill is intended to “fine-tune current law to address Californians’ payment habits in the mobile and digital fields.”

While such explicit steps have not yet been taken in Europe and the European Banking Authority (EBA) recently warned banks not to buy, hold or sell bitcoin or other virtual currencies until a proper regulatory regime is in place, there have been some encouraging signs.

For example, in the UK the Financial Conduct Authority (FCA) recently said that it wants to ensure positive developments such as bitcoin are supported by the regulatory environment and announced Project Innovate to fast track finance industry innovation.

The more clarity that is provided by regulators, the safer banks will feel in supporting bitcoin companies and the easier it will be for them to do business.

Investment has been muted

It has been very encouraging to see highly respected investors such as Andreessen Horowitz, Index Ventures, and General Catalyst making significant investments in bitcoin companies in the US.

In Europe, we continue to suffer from a less developed VC/angel ecosystem.

Most investors remain in learning/listening mode and are not willing to place bets yet. It’s also probably fair to say there are fewer investable companies. As a result, we have hardly seen any institutional investment in the bitcoin space in Europe.

Reasons to be optimistic

While there is plenty that is still needed to ensure Europe plays a major role in bitcoin, we should not forget that some the most successful bitcoin companies to date come from Europe, including BitFury, KnC, blockchain.info, cex.io/ghash.io and Localbitcoins.com.

An analysis of the distribution of bitcoin nodes by Bitnodes also shows that while the U.S. is the number one country in terms of volume of bitcoin activity with almost 39% of the bitcoin network, the top European countries combined account for around 25% of the network – way ahead of China’s 4%.

There are now six sizeable bitcoin clusters emerging in Europe – London, Tel-Aviv, Paris, Berlin, Amsterdam and Zurich – as well as bitcoin coworking spaces sprouting up in some of these metropoles.

As investor appetite for bitcoin tech grows and with governments increasingly looking to foster innovation in financial technologies such as bitcoin, I believe Europe has a very promising future ahead.