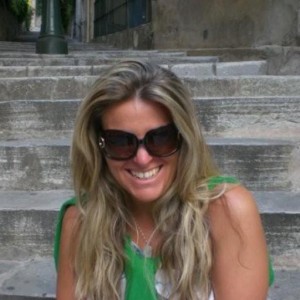 Formerly a managing editor of a Brussels-based newspaper, Alia is a European affairs and social media expert. She's the organizer of the first Personal Democracy Forum in Brussels and runs the BRUTwestival.
More articles

Editor’s note: This is a guest post by Alia Papageorgiou, former managing editor of a Brussels-based newspaper and a social media expert. Here, she delves into Google’s latest road bumps with the EU Parliament and what this could mean for the future.

European Parliament lawmakers in Strasbourg voted today – 384 to 174 with 56 abstentions – in favour of a resolution calling Google to split search from its other businesses.

In an effort to curtail the American search juggernaut’s dominance, several Members of the European Parliament (MEP) filed a draft motion last week suggesting the unbundling of Internet search engines from “other commercial services”. Led by German legislator Andreas Schwab, the proposal saw a shift in rhetoric from the EU and unleashed a new dimension to the region’s attempts to bring ‘healthy competition’ to the digital market.

In another aim at Google, European privacy regulators have also issued a new set of guidelines on Wednesday calling the ‘right to be forgotten’ ruling to be applied to all of company’s global search results, and not only to European versions of its search engines.

Since its founding in California 16 years ago, Google has grown and expanded incredibly quickly around the globe. “No one denies that Google is a complex and extremely innovative company,” said Schwab, who spoke to me over the phone on his way to a meeting in Strasbourg.

Schwab – who reportedly has ties to a German law firm, CMS Hasche Sigle, which represented some German publishing interests in a case against Google – added: “We want to get to a digital single market through a number of certain areas – data protection, net neutrality, spectrum, cyber security and others – but also set a level playing field for fair search.”

The 41-year-old lawyer’s drive to make a mark in this sphere reverberates in his voice. “When there is a dominance in the market, we must act to bring back competitive behaviour. While I agree that the Internet will be killed with too much legislation, a consumer must have neutral search results,” he said.

For Catharine Stihler, a Scottish Labour MEP, the resolution is not about Google, but rather “a positive text that contains crucial points on consumer protection… The unbundling of services is a separate competition issue which is in the hands of Commissioner Margrethe Vestager as the European Parliament cannot initiate legislation so has no formal powers to split up companies.”

Additionally, Stihler wanted to make clear that the motion for a resolution is non-binding and non-legislative, and added: “I find it unfortunate that important elements, such as net neutrality and making the digital single market more accessible to those with disabilities, are being overshadowed by some wording one firm does not find agreeable.”

Jan Philipp Albrecht, a German Green MEP, echoed similar sentiments and told me: “It is key to assure equal competition in a ‘digital single market’. Search engines like Google should not be allowed to use their market power to push forward other commercial activities of the same company.”

Al Verney, spokesperson for Google in Brussels, declined to comment on the issue.

However, in November, Google’s Chief Legal Officer David Drummond said that though the company understands “that governments have a duty to protect their citizens. The emergence of ISIS and other new threats have reminded us all of the dangers we face. But the balance in the US and many other countries has tipped too far in favour of the state and away from the rights of the individual — rights that are enshrined in the Universal Declaration of Human Rights.”

The initial push for the European Commission to look at Google’s search business was brought forth by a group of companies, including Microsoft for Bing and Opera, for not giving their search engines space in the market.

So where does this leave Google?

At the same time, legislators themselves breathe in the words ‘legislation can kill innovation’, while in the same breath exhale the fire of ‘let’s unbundle the search business from the rest’. It’s a constant push-and-shove.

While the new parliament find its way and plays its power games with the new Commission, Google seems to have bigger fish to fry – as per usual. There’s the recent announcements Google taking over NASA’s iconic Hangar One structure, for instance.

Not only that, in the last week it’s been revealed that the search company has been working with certain publishers on a ‘Google Contributor’  programme involving six US media outlets (including The Onion and Mashable) to test an ad-free environment, where those reading pay 1-3 dollars per month to ‘contribute’ to the media.