Airtame raises $1.26 million in crowdfunding for its wireless HDMI dongle. What is it, and what's next?

Danish startup Airtame couldn't have had a better beginning of the year.

A relatively obscure company that was started in Copenhagen a mere seven months ago, Airtame kicked off a crowdfunding campaign on Indiegogo at the end of last year to raise a modest $160,000 to help turn its wireless HDMI dongle into a real product.

What they got is a lot of attention from media and potential customers, the coveted 'Best Startup of CES 2014' award from Engadget, and a lot more capital to work with than they had initially anticipated.

The highlight so far was yesterday, when Airtame closed off its crowdfunding campaign with more than $1,260,000 raised from 12,369 backers. 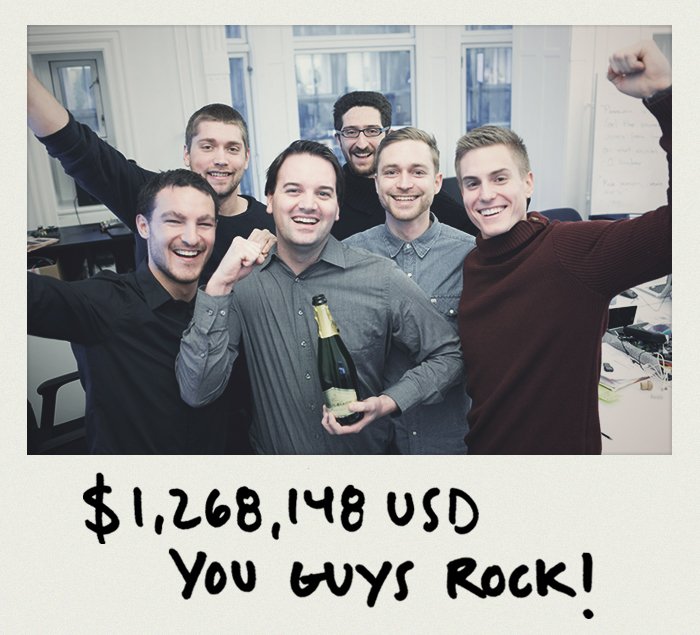 That's slightly more than the $1,250,000 raised by that other European lean hardware startup, Panono, earlier this month, but admittedly the latter, Berlin-based company did set out to raise $900,000 on Indiegogo for its throwable panoramic ball camera.

Having started out with a much lower target, Airtame's is now officially one of the most successful crowdfunding campaigns ever, and the most successful EU-founded project on Indiegogo so far, prompting us to take a closer look at what the Danes behind the company are cooking.

Founded in July 2013, Airtame's self-proclaimed mission is to enable "anyone to show any content (with support for full HD), from any computer on any screen - wirelessly".

To pull that off, the startup has conceived a Google Chromecast-like dongle that can be plugged into the HDMI port of TVs, projectors or monitors and powered up through a USB cable.

Through software that can be installed on any computer (Mac, Windows or Linux), users can then mirror their display and sound on any Airtame-equipped screen, sans having to fiddle with a ton of cables. Furthermore, Airtame allows for PC-to-PC screen-sharing, multiple screens to be duplicated or desktop screens to be 'extended', which is especially useful for any type of presentation.

Here's Airtame co-founder and CTO Attila Sukosd - who came up with the core idea behind the product two years ago - showing off a prototype at the recent CES in Las Vegas:

For now, the product is in a very early stage and runs almost exclusively on Raspberry Pi-powered machines, but that's the nature of crowdfunding, of course. You can pre-order it today for $99. 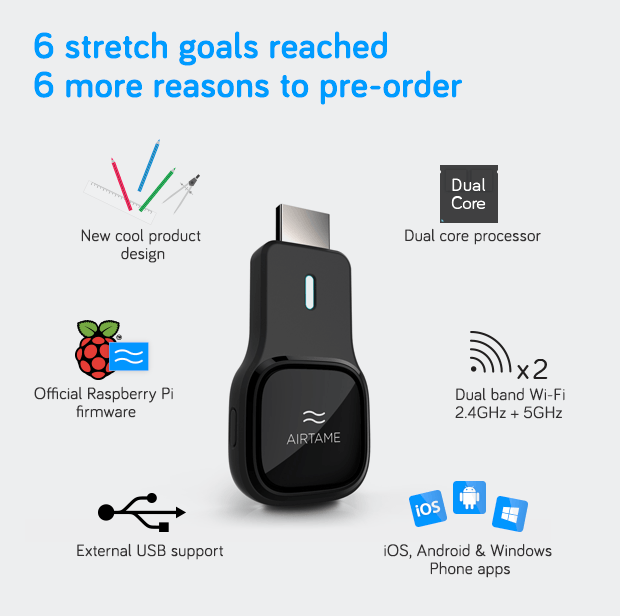 Airtame co-founder and CEO Jonas Gyalokay jokes that they're thinking of ringing a bell whenever someone suggests that Airtame is the same - or at least - similar to Google's Chromecast dongle, and Apple AirPlay to boot. Unfazed, I asked him how Airtame's solution differs from Chromecast anyway.

After ringing the proverbial bell in their office, Gyalokay told me that Chromecast support single-screen duplication only and is more geared towards movie and other content streaming audiences.

Airtame, he argues, will be much richer in features when it start shipping, and offer lower latency to boot, which would make it more suitable for presenters, educators, gamers and whatnot.

Whether that generates enough interest from buyers and justifies a higher price point (the Chromecast dongle sets you back $35, which is less than half the price to pay for pre-ordering Airtame dongles), remains to be seen.

What's next for Airtame?

Up until recently, the development of the Airtame solution was entirely bootstrapped.

With the crowdfunding craziness now mostly behind them, the Airtame team plans to double down on improving the software and fine-tuning the design and form of the hardware.

Part of the money will be spent on hiring and contracting new people, and the team is currently making choices for components and chips for the final, 'upgraded' dongle.

Obviously, there's huge demand for smartphone and tablet support; Airtame has responded by including just that in one of its 'stretch goals' when it surpassed the $1 million-in-crowdfunding barrier on Indiegogo. In a FAQ, the startup says:

"Streaming from the device is also technically possible, but access to special hardware has been restricted by the vendors, so it would require rooting/jailbreaking, which we can not support.

We don't have an iOS/Android app planned for the initial release. It is on our roadmap though, and hopefully we can have something out around the end of Q2 2014." 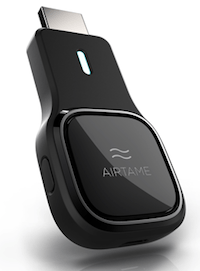 The first production units that people will be able to play with will arrive in May. In a phone conversation, Gyalokay told me that their goal is to become the "first crowd-funded hardware startup to actually deliver to Indiegogo backers on time".

Pre-ordered dongles should start shipping in the course of next summer.

Also worth noting: in a thread on the Airtame support forum on open sourcing the technology, Sukosd commented that the company would be "releasing the source code somewhere between our hacker specials and the production units in May".

Also on the roadmap: a software development kit for third parties to build upon Airtame.

Eventually, Gyalokay adds, the price for an Airtame dongle will come down as the company's cost per unit goes down thanks to an increased in order volume.

Unsurprisingly, Airtame has received a lot of interest from professional investors and VC firms from all over the globe in the past few weeks. Gyalokay says the company opted for crowdfunding to gauge demand for its solution, finance a proof-of-concept and tap an initial customer base, but that they have ambitions to go way beyond only servicing their Indiegogo backers.

In other words: don't be surprised if Airtame raises capital from investors sooner rather than later.

Airtame raises $1.26 million in crowdfunding for its wireless HDMI dongle. What is it, and what's next?
Comments 2
Follow the developments in the technology world. What would you like us to deliver to you?
All