TransferWise co-founder Taavet Hinrikus, who was the first employee at Skype, shares his thoughts on disrupting the banking industry, Bitcoin and what's next for the company.
Charmaine Li 12 March 2014
Share
Facebook Twitter Linkedin

Fifteen minutes after launching its peer-to-peer currency exchange service in 2011, TransferWise got its first user wanting to send £2,000 abroad. "We weren't expecting things to go so fast," said TransferWise cofounder Taavet Hinrikus (pictured below), formerly Skype's Director of Strategy, in an interview with tech.eu.

Since then, the London-based company – which transfers money at mid-market exchange rates and charges a smaller fee compared to banks  – has grown to 70 people, transferred over £250 million (about 300 million euros) and landed funding from the co-founder of PayPal.

A few months ago, TransferWise launched in Germany and Hinrikus said the user based there doubled very quickly. I caught up with him in Berlin – which is apparently the company's fastest-growing city – to talk about beating bank fees, Bitcoin and what's next on the roadmap... 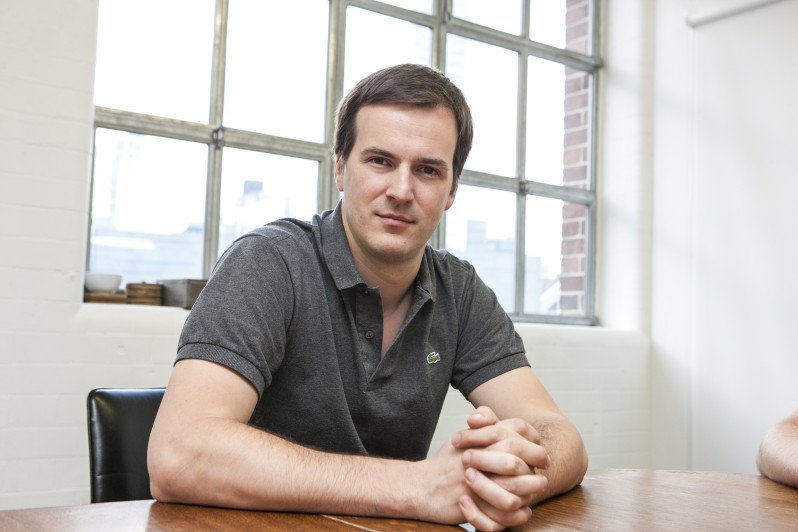 tech.eu: How did TransferWise start and where did the idea come from?

Taavet Hinrikus: I was the first employee at Skype and was there for about seven years building it up from scratch to its first few hundred million customers. During that journey, I moved from Estonia to London but I still stayed on the payroll in Estonia. So every month, I walked to a bank and transferred a few thousand euros from Estonia to London and every month I realized it was taking a long time, I had to go there in person and it took like four days for the money to arrive.

Even more, I would go on Reuters and it would tell me a particular exchange rate, but when I made the calculations, I realized the banks were adding a hidden markup on top of the exchange rate – and it’s really like taking a bite of your meal and then passing it on. It was really frustrating...

At the time I met Kristo Käärmann (pictured below on left) – who is my co-founder and also Estonian – and he was in London getting paid in pounds but was sending some money to Estonia to pay for a mortgage. He shared the same frustration, but then we realized that we both had the money to help each other out. So what we did was, I transferred money from my account in Estonia to his account in Estonia and he transferred money from his account in London to my account in London – it was at the mid-market exchange rate seen on Financial Times and Reuters and it worked.

It was much faster, and we saved a ton of money that way.

We were doing this as kind of a hobby with a couple of friends and had a Skype chat about it when we realized that there are many other people in the world who need the same service.

Then we realized that we had an idea that we could do something about, so we built TransferWise and launched it three years ago. 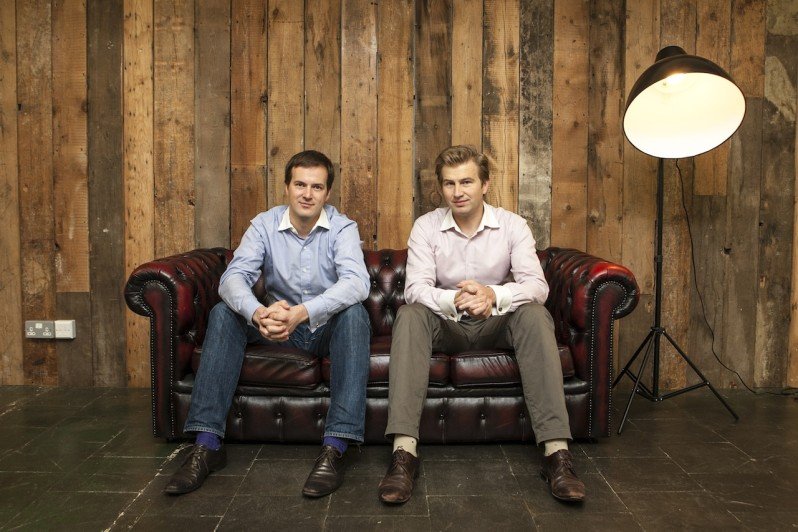 tech.eu: There are a couple of players tackling the online money transfer space such as TransferGo, CurrencyFair, Kantox – what makes TransferWise different?

TH: I think we’re the biggest. TransferGo could actually be a German company because they’re clearly an exact copycat. CurrencyFair has a currency marketplace – so if you have a million Yen you can go there and say, “I have a million Yen – who wants to give me the most money to transfer it into euros?” I think it’s a very interesting thing for a certain segment of people but if you’re focused on doing it fast and doing it low-cost, people don’t really care about going into a marketplace and haggling.

tech.eu: How did your experience at Skype shape the way you built TransferWise as a company?

TH: Being at Skype really gave me the experience and credibility needed to build a global disruptive company. We started Skype with a few engineers in Estonia and, from there, we built a company with 10 offices globally, a team of about 500 people and a few hundred million customers...

Having gone through that, seeing what you need, how to build up your teams and how you structure everything – I think that’s quite important. I think a benefit it gives me is, knowing how to do it faster.

Anyone can figure it out, but it takes time – you’re going to make a few mistakes, you have to undo things and you’re wasting time if you’re learning for the first time.

It also gives us credibility because we’re dealing with people’s money and I think trust is one of the more, if not most, important thing. Seeing that we have quite a few members of the team coming from Skype, we have backing from the PayPal founders, we have the leading venture capitalists supporting us... All of this helps to build up trust and I think there’s only room for a few people to become the trusted partner when it comes to money transfer.

A recent ruling by the UK’s Advertising Standards Authority (ASA) stated that a graph on the TransferWise website comparing the “True cost of sending 10,000 GBP to EUR” between your company and competitors was likely to mislead and breached British Committees of Advertising Practice codes – can you tell me more about this and how you’ve dealt with it?

TH: The trouble there is that the ASA themselves don’t understand how Moneycorp‎ and others are misleading people about money. We have followed up with a very detailed response showing that we don’t believe what they said to be correct. I think that there is a larger change we need to make to make sure that everyone is transparent with what they’re charging.

tech.eu: Do you think the latest ruling will affect users’ trust in TransferWise?

TH: Our goal is to bring transparency to it. We’re very transparent about the successes and failures we have with it and I think this is an example of why transparency is needed... if the ASA don’t understand themselves how this works. I think in our users’ eyes, it should work in our favour, because we’re showing them that we’re in a fight on the user’s side.

tech.eu: What is your current business model?

TH: We charge a very small and transparent fee with every transfer. Typically, we’re charging 10 times less than a bank does – we’re really focusing on how to make it cheaper for the user.

We’re typically faster than a bank, so it usually takes one or two days, and we always make the exchange at the mid-market rate. 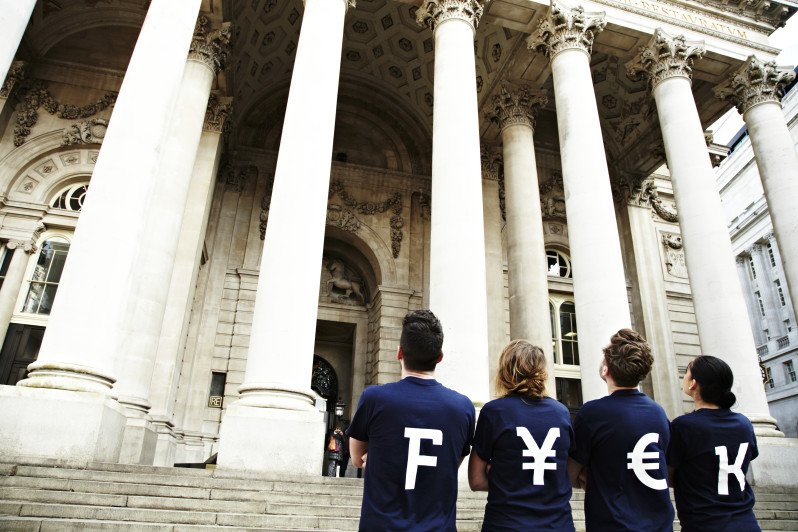 tech.eu: You backed UK-based Bitcoin exchange Coinfloor alongside Passion Capital’s Stefan Glänzer last year, what are your thoughts on the recent Bitcoin debacle with Mt. Gox?

TH: I think it shows how Bitcoin needs to grow up. In a big way, Bitcoin is a very radical take on how we could approach money. It’s very grassroots and rethinks how money could be. The question is whether Bitcoin will succeed... Today, there’s very few things you can do with Bitcoin, so we’re still waiting for a killer app for Bitcoin to be developed, but it’s a very interesting innovation.

tech.eu: How many users do you currently have?

TH: We don’t disclose users, but we’re doing millions of dollars in volumes of transfers on a daily basis.

tech.eu: What’s next for TransferWise?

TH: We’re looking at how we can keep expanding the service. When we launched three years ago, it was focused on pounds and euros – since then, we’ve added about 20 more currencies and have a long list of currencies we still need to add this year.

In parallel to that, we’re working on making service available to more people. We have customers in all European countries but we’ve been focusing on the UK. A few months ago, we launched in Germany.

We’re trying to see how we can launch in more European countries and also how do we can go expanding outside of Europe.

(Editor's note: The interview has been condensed and edited.)

Bye bye banks? Q&A with Taavet Hinrikus of TransferWise, "the Skype of money transfer"
Comments 1
Follow the developments in the technology world. What would you like us to deliver to you?
All

NEXT
"Mobile ads suck" – Appsfire rolls out in-stream ad unit Sashimi
Most advertisements are irritating, but there’s something about mobile ads that make them…
Charmaine Li