Facebook Israel gets a new leader, and she's got an impressive resume

Social networking behemoth Facebook this morning announced the appointment of a new general manager of its Israeli operations, as reported by various local media (both in Hebrew and English).

She will tasked with building up the Ramat Gan-based Facebook Israel team, which will coordinate with staff in Dublin, Ireland, and expanding the company's commercial activities in the country.

Facebook has made a number of acquisitions in Israel in the past, including Onavo for a reported $120 million, Face.com for a reported $55m-$60 million and Snaptu for $70 million.

"Facebook already enjoys a close relationship with many Israeli companies and startups. The recent acquisition of Onavo, the opening of our Israel office and now the appointment of Adi as General Manager shows that our commitment to the country is stronger than ever."

Facebook said that 3.9 million Israelis currently use the social network every month. Of those, 2.8 million use Facebook every day (the large majority of which from their mobile devices). 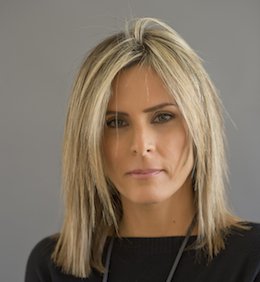 Soffer Teeni had little to say about her appointment, apart from this soundbite:

"Having spent so much of my life working with consumer-facing companies, I have seen first-hand the positive impact that Facebook can have on growth, enabling them to reach precisely the audience they need to target whether that is at home or abroad."

Aside from the operational and leadership experience under Soffer Teeni's belt, she's also an active angel investor, having backed the likes of Zula, Habaitta.com and Ekoloko.com.

Facebook Israel gets a new leader, and she's got an impressive resume
Comments 1
Follow the developments in the technology world. What would you like us to deliver to you?
All

NEXT
Corporate-run startup accelerators: the good, the bad and the plain ugly
Editor's note: this is the first editorial contribution from Jon Bradford, one of the…
Jon Bradford