A recent surge in funding rounds - and one IPO - for Europe's largest and fastest-growing online food ordering websites prompted us to take a deep dive into the seemingly hot category.
Robin Wauters 02 May 2014
Share
Facebook Twitter Linkedin

In case you hadn't noticed, there's renewed appetite from investors across the globe in companies facilitating the online ordering of food prepared and delivered by partner restaurants.

UK-based Just-Eat, one of if not the biggest online food ordering companies in Europe, just went public at a valuation close to GrubHub's. Rival Takeaway.com, based in The Netherlands, just raised 74 million euros ($103 million) in Series B funding and acquired Lieferando.de, one of the largest food delivery websites in Germany. It had earlier raised a 13 million euro round in 2012.

Also in Germany, Rocket Internet-backed venture foodpanda/hellofood says it's growing fast, having spread to 40 countries in a mere 22 months after launching. So far, the Berlin company has raised $48 million in capital (but I wouldn't be surprised to see it get another cash infusion soon). Germany is clearly a rapidly-heating battleground for online food ordering sites, too, with self-financed Pizza.de (founded in 2007) holding its ground and combatting its well-funded rivals with brio - at least so far.

On a European level, another one to keep an eye on is Denmark's E-takeaway, which is also self-funded and quietly but surely expanding all over the globe.

By the way: it shouldn't be much of a surprise to see the major players originating from the countries in Europe where food delivery is most prevalent (UK, Germany, The Netherlands and Denmark).

Nevertheless, in big markets, local players are staking their claims - for examples, look no further than Russia's Delivery Club (which just raised $8 million) and Turkey's Yemeksepeti / Foodonclick, which secured $44 million from General Atlantic and Endeavor Catalyst in September 2012. 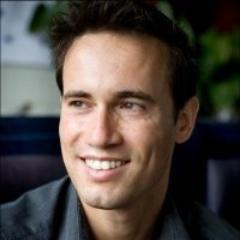 Dutch entrepreneur Jitse Groen (pictured), who founded Takeaway.com in the late nineties with a starting capital of exactly 50 euros and has managed to grow it into one of the dominant players in the space, posits that having a leading position in one country isn't all that impressive, however:

"Being number one in a certain country doesn't really mean anything if you want to expand. To make it really big in this industry, you have to strive to become dominant and profitable in a good number of key markets," Groen says. "Being number two, even in a seemingly large market, significantly lowers your chances of booking meaningful profits."

One thing that's important to note that it's a bit of stretch to label all of the above 'startups'. Groen founded Takeaway.com in 1999; Yemeksepeti was started in 2000 while Just-Eat and E-takeaway first saw the light of day in 2001. One of the oldest ones is actually France's Alloresto.fr (1998), but it has since become part of Just-Eat (acquiring smaller, local competitors is a straight-forward and oft-used instrument for growth for a lot of online takeaway ordering enablers). 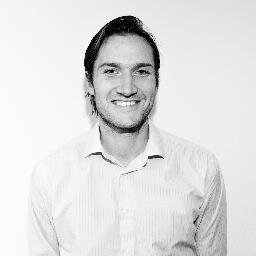 "We operate in 14 markets across four continents and deliver more than 5 million meals globally every month - the equivalent of 1 order per second," Östberg boasts. "We have a lot of innovation planned and ahead of us. We hope our competitors will be able to keep up with the pace." 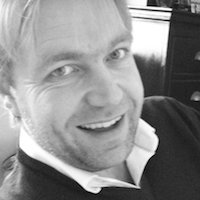 "I think Just-Eat is in great shape, as they’re market leader in more than 10 countries. They will reach break-even in more countries as the market matures, and it helps being the dominant player in the second-largest takeaway market in the world - the UK," Groenendijk says. "It's a no-brainer that they still have a lot of room for growth."

It's no surprise to see online food ordering sites growing fast all around Europe, with an increasing penetration of Internet connections and smartphones across the board, more restaurants and improved convenience of ordering thanks to better search, applications and more payment methods.

I wouldn't bet against the continued growth of online ordering, though.

The online food ordering category in Europe is heating up fast, and the main battleground is Germany
Comments 18
Follow the developments in the technology world. What would you like us to deliver to you?
All