Ozon CEO Maëlle Gavet on why she just raised $150 million, and what's next for the "Amazon of Russia"

The French-born chief executive of Russian online retail giant Ozon, Maëlle Gavet, has in the past been compared to Jeff Bezos in a great Fast Company profile, and the massive e-commerce company she leads to Amazon more than I can count.

The resilient online retail giant recently announced that it has raised $150 million in fresh funding from diversified holding company Sistema and its mobile carrier subsidiary MTS, at a $700 million valuation.

We asked the outspoken Gavet (pictured below) - who recently stated that Amazon has "no chance" of making it in Russia, and has been openly discussing the touchy subject of corruption in Russian business - about the financing round and Ozon's plans: 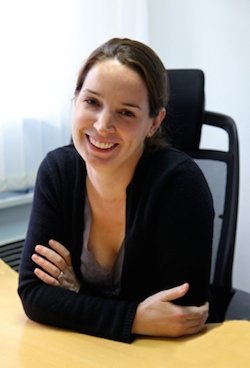 tech.eu: Ozon has been around for more than 15 years, and it's been almost as long since its first financing round. Why raise $150 million now?

Maëlle Gavet: We want to invest more in our logistic infrastructure (warehouses, pick-up points) as well as further develop our assortment. Ultimately, the goal is to ensure the best customer service through faster delivery, wider assortment and better prices.

How did Sistema and MTS come into play, and why did they end up becoming the sole new investors in the round? How long did it take to seal the deal?

We looked at both financial and strategic investors. We also looked at Russian, Western and Asian investors.

Sistema/MTS seemed the best fit in terms of potential synergies with our business, in-depth knowledge of the Russian environment, and long-term vision of the business development.

Closing a deal of this size, while among other things the economy is slowing down, the Ruble is weakening and there is the threat of a war in Ukraine, is not easy.

We started the fundraising in October.

The investment(s) value Ozon at roughly $700 million, almost in line with your annual turnover in 2013, while revenues are projected by some to grow to $1 billion this year. Could you have fetched a higher valuation, i.e. how good a deal was it really for Ozon in its current form and trajectory?

This valuation is actually based on a sales multiple higher than the one used for Amazon, so we think that the valuation was a good one, reflecting the growth profile/growth opportunity and market leadership position to explain the premium to Amazon.

What will the capital be used for exactly?

Further investment in logistics, assortment, IT infrastructure and marketing. 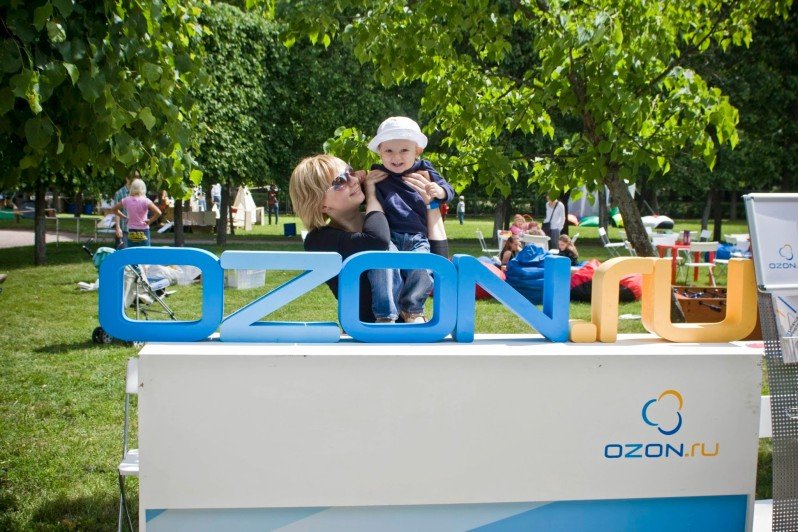 Is it the last funding round you foresee before turning a profit and possibly going public?

Short and sweet! Alongside recent developments in Russia, we're seeing effects of the control and influence of its government on many of the country's biggest Internet businesses (VK.com, Yandex etc.). Has government ever interfered with Ozon's business in any way, and if not, do you think that will remain so for the foreseeable future?

No, the government hasn't interfered. It is always hard to predict what any government (Russian or not) will do in the foreseeable future, but we don’t expect any major change in the near future.

What do you think of the constant comparison to Amazon and your branding of being the 'Amazon of Russia'?

It is partially true (we’re the biggest e-commerce group in Russia, we started with books, expanded into media, electronics and are now present in 14 different categories) and partially wrong (we have our own delivery system; we handle 75% cash on delivery; we diversified into travel to name a few key differences).

Do you ever see Ozon breaking out of Russia(n-speaking countries)? Or is there plenty of room for growth in your current target markets?

We see plenty of growth in Russia and Russian-speaking countries at the moment.

You recently penned an op-ed urging foreign investors to take a closer look at Russia. Has your opinion changed given recent political and diplomatic issues with regards to Russia's place in the world? Given that you've ended up raising the last round from Russian investors only, does that mean there's still a long ways to go in changing the views on Russian investment opportunities?

The decision to go with Russian investors was a strategic one.

We decided that Sistema/MTS had the best / most to offer to OZON, not only from a financial perspective, but from a synergy/strategic perspective.

Last but not least: how are you feeling today? :)

Pretty good, though clearly the challenges are more in front of us than behind. When you receive money from investors, expectations are always high. Clearly not the time to relax!

Ozon CEO Maëlle Gavet on why she just raised $150 million, and what's next for the "Amazon of Russia"
Comments
Follow the developments in the technology world. What would you like us to deliver to you?
All

NEXT
iZettle bags 40 million euros in Series C funding: a chat with CEO Jacob de Geer (video interview)
Marvellous coincidence for me to be in…
Robin Wauters