We went to the offices of Klarna, the company that enables thousands of online merchants to accept payments from millions of consumers in the EU, to talk to founder and CEO Sebastian Siemiatkowski.
Robin Wauters 19 May 2014
Share
Facebook Twitter Linkedin

One of the most interesting and potentially most disruptive technology companies to come out of Sweden is Klarna, the heavily funded fintech venture whose mission is to 'simplify buying' online for both consumers and merchants - and remove banks as middlemen in the process.

As part of my whirlwind tour of Stockholm startups, I really wanted to catch a glimpse of Klarna's offices, a few months after the company raised 90 million euros to finance its big-bet acquisition of Germany's Sofort and only weeks before a planned relocation to new facilities (which it will share with Candy Crush Saga maker King, by the way).

Before they move into the new HQ, however, I visited Klarna's offices in downtown - and exciting - Stockholm to sit down and share lunch with its co-founder and CEO, the affable Sebastian Siemiatkowski.

You can watch a brief video interview above, in which he discusses Klarna's solutions, geographic availability, the recent Sofort acquisition, a potential IPO and the Stockholm startup scene. 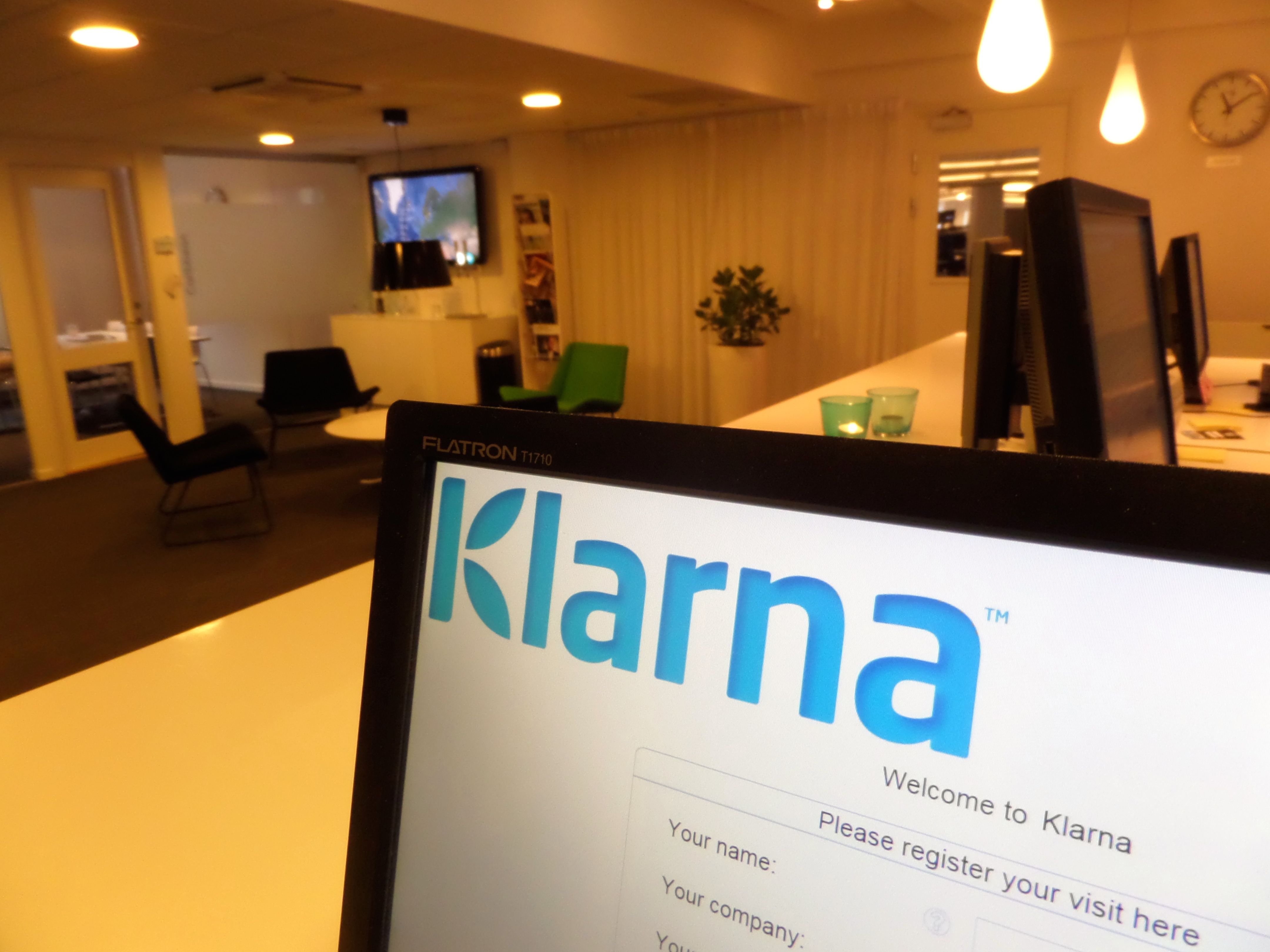 Klarna: some facts and figures

Klarna has more than 1,000 employees today and is active in 15 markets, serving more than 25 million consumers and more than 50,000 (mostly online) merchants. It currently handles more than 200,000 transactions per day, and that number is growing consistently as time progresses.

Consumers can simply use Klarna to simply and safely buy goods online (although they might not even realize they're using the company's solutions for it), while merchants can pick between three services depending on their needs: Klarna Checkout (the most popular by a long shot), Klarna Invoice and Klarna Account. As you can imagine, more products are currently under development.

Klarna was founded in 2005 is backed by Sequoia Capital (whose chairman Michael Moritz is also on the company's board), Atomico, General Atlantic, Digital Sky Technologies and other investors. 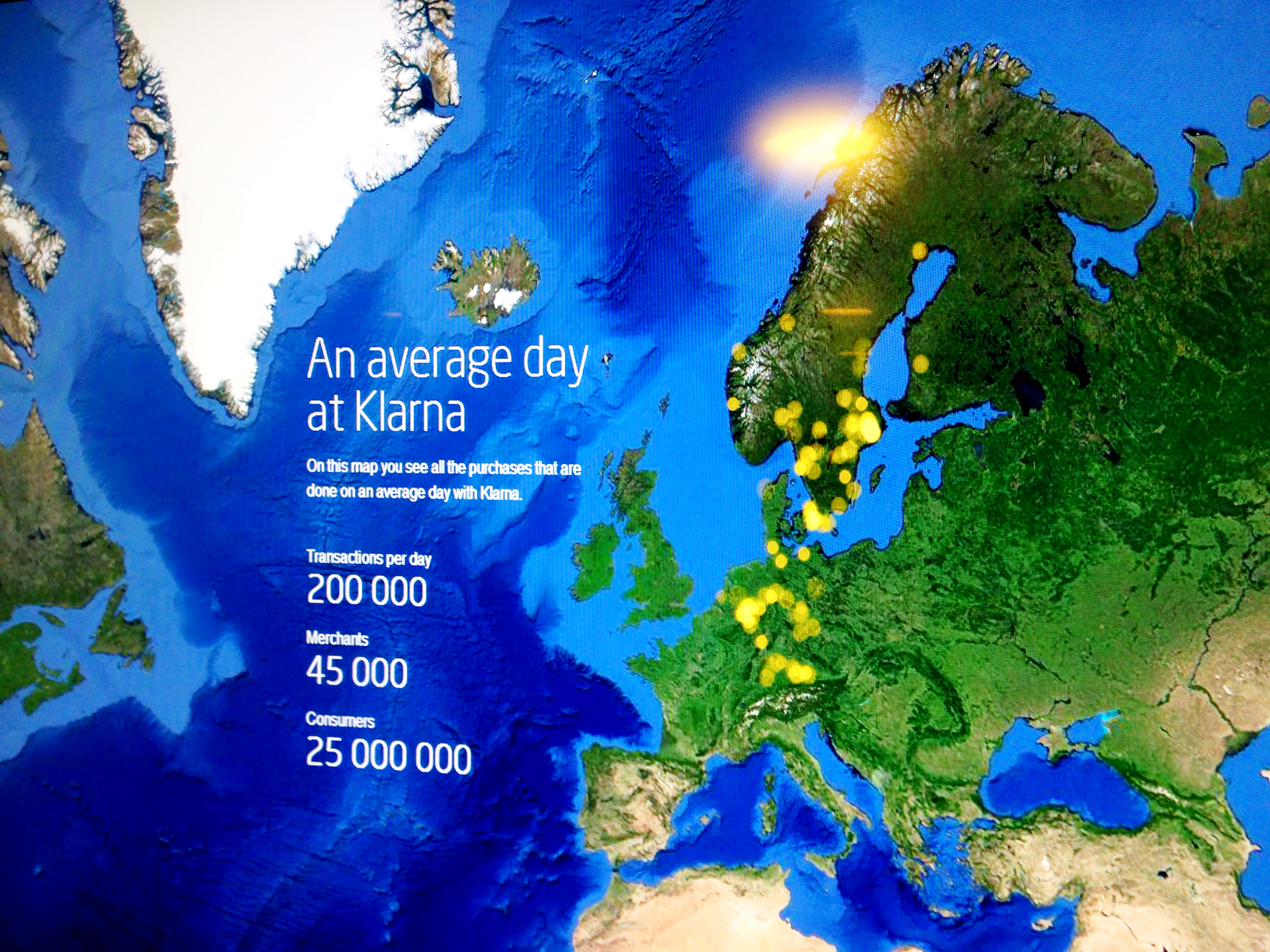 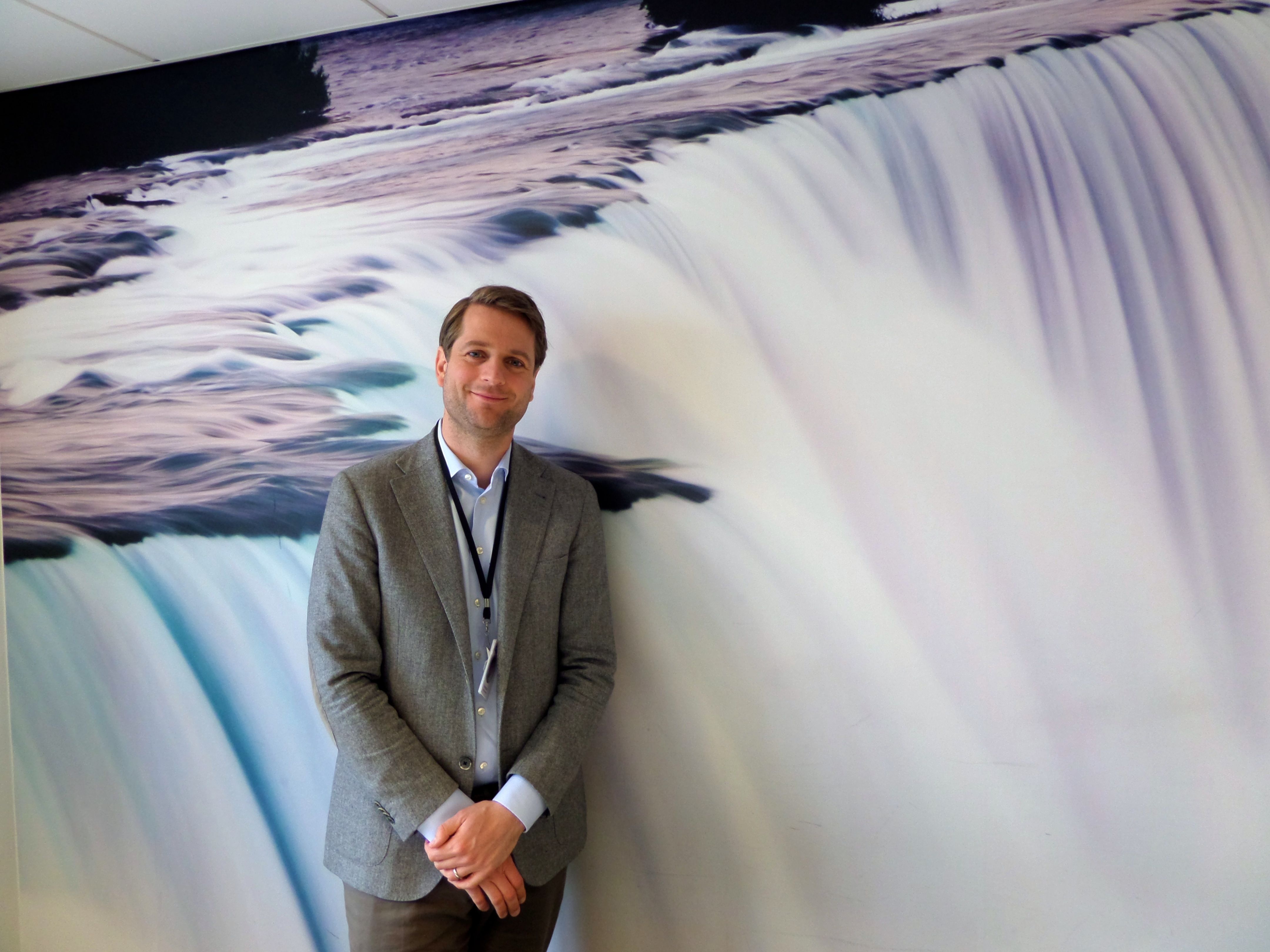 (All images and the video above credit to tech.eu)

A visit to Klarna, the Swedish company poised to disrupt the online payment industry (video)
Comments
Follow the developments in the technology world. What would you like us to deliver to you?
All

NEXT
Tax incentives, an EU 'fund of funds' and more: behold the European 'Startup Investors Manifesto'
On Monday morning, at the 14th annual EBAN…
Robin Wauters