Spanish cloud-based mapping software startup CartoDB has been making waves in the data visualisation space for many years, and it's now teaming up with Twitter to make some more.
Alex Barrera 27 June 2014
Share
Facebook Twitter Linkedin

The Spanish company behind cloud-based online mapping platform CartoDB just became the first tool in the world to provide its users direct access to the Twitter database, enabling anyone to create interactive Twitter maps.

This marks a huge milestone for the company, after more than six years of working in the visualization space, and comes on the same day another Spanish company, SocialBro (now headquartered in the UK), announced that its platform is the latest addition to Twitter’s Certified Products Program.

CartoDB will be the first mapping software provider to gain real-time access to the Twitter database, to enable the creation of animated maps through their new service called "Mapping Twitter".

One example of their new service was the amazing visualization of tweets during the UEFA Champions League final between Real Madrid and Atlético de Madrid:

This isn't the only mesmerizing map they've generated; check the analysis of the Indian elections on Twitter, the Twitter sunrise activity map,  the Super Bowl 2014 or more in line with recent events, the World Cup game between the US and Portugal.

CartoDB has currently around 24 employees, offices in Madrid, Berlin and New York and an annual turnover or around $2 million. With customers like The Wall Street Journal, United Nations Environment Programme, BBVA or the World Resources Institute, it's no wonder why they were recently chosen as one of the top ten startups in Spain.

Their story is a unique one for a startup. The company was founded by Javier de la Torre and Sergio Alvarez in 2008 under then name of Vizzuality. In the middle of a worldwide economic crisis, it was hard to raise any money, so they started producing amazing visualizations for companies on a case-per-case basis. Slowly but steadily, they started creating something of a following:

"We started with a blog on climate change. Someone from United Nations saw it, gave us a call and told us they would pay us to do the same for them. We were a small company working on visualizing data on a map, at this point the concept of 'visual data' didn't even exist."

They shunned private investors showing interest, and made use of Spanish public funding programs like Avanza and the European Commission instead to bootstrap the company. Between this, their customers and sporadic patrons like the Knight Foundation, they've managed to grow to over 24 people without any VC money to date.

In March of 2011, Vizzuality decided to release their internal mapping tool, a project they called CartoDB:

"CartoDB began life as an internal Vizzuality tool to take away the pain of online mapping and help us create high quality data driven applications. It has been so useful for us in creating successful applications that we've decided to slowly open it up for others to use. We can think of lots of new applications for CartoDB, but we are sure other developers can think of applications we have never ever considered."

In September of 2011 they presented CartoDB at the Free and Open Source Software for Geospatial Conference (FOSS4G) in Denver, with an amazing reception. After two years of working on the product, the company finally made their last step six months ago and moved all their assets to CartoDB, effectively ending their consultancy studio Vizzuality.

Some of their projects, like the Endangered Languages, have been featured in Google's own landing page. Others like the Evolution of the Web animation were showcased at Google I/O in 2012. 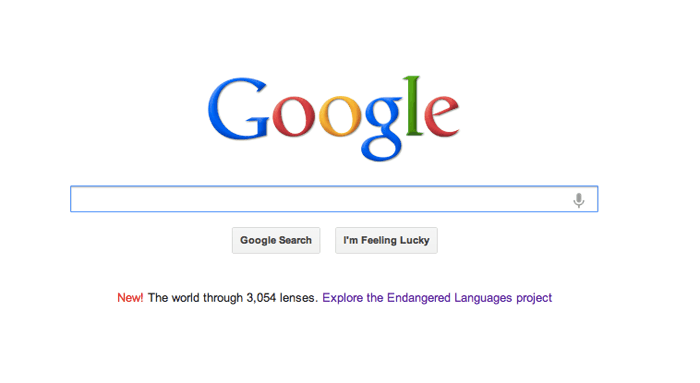 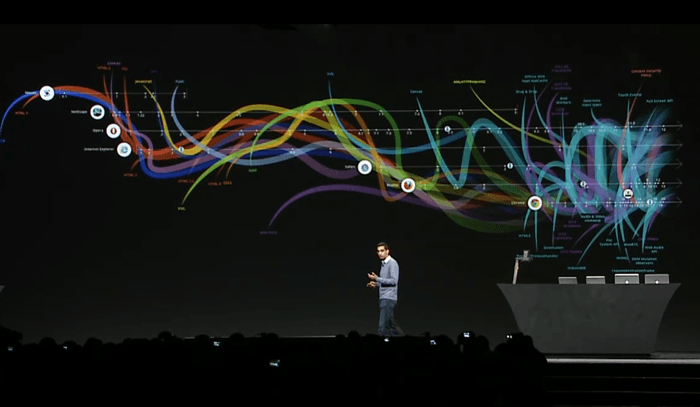 While their maps and animations are mind-blowing, even more spectacular is the degree of innovation the team has been doing during all these years. They were already working on HTML5 circa 2011, even before the W3C added the language as a candidate recommendation in 2012. They've also been dealing with Big Data problems since early own hacking and innovating in the way you can process big amounts of information and display it as fast as possible on the web.

As a curiosity, Javier wrote this after attending WhereCamp DC in June 2011:

"After that went into a session with Dave Troy, the creator of TwitterVision, do you remember? This application that started visualizing tweets on a map. He showed some really curious graphs on the amount of geolocated tweets, the locations, devices, etc. "

Seems that after three years, they're the ones rocking the scene with their own Twitter maps.

I'll leave you with a spellbinding video on how they developed one of their past projects, the Spanish elections of 2011:

Disclaimer: At tech.eu,we are fans of CartoDB and have used them in several of our previous posts (Bitcoin Startups & Girls in Tech EU).

NEXT
It's removal time: Google starts axing search results in Europe under 'right to be forgotten' ruling
The Wall Street Journal reports that Google has…
Robin Wauters