From Auctionata to Zalando: A comprehensive study on Europe's most promising tech 'scale-ups'

We take a close look at the (admittedly preliminary) results of a new, comprehensive study that analyses the who, what and where of Europe's most promising technology startups and scale-ups.
Robin Wauters 03 November 2014
Share
Facebook Twitter Linkedin

That is something the Startup Europe Partnership (SEP), a platform meant to stimulate the region's tech ecosystem that has received backing from several large corporations (Telefónica and Microsoft among others) and education institutions from across Europe, has set out to change.

“Startups and scaleups need to be put at the centre of EU policies," commented Alberto Onetti, coordinator of the Startup Europe Partnership, "but we need comparable data at European level to identify and fine-tune concrete actions and strategies".

Enough for us to take a close look at the study, although it's important to note that the results presented today are based on an interim analysis, and thus only provide preliminary insights and observations derived from a representative sample of over 1,000 ICT startups and 200 M&A transactions. The final report is expected to follow at some point during the first quarter of 2015.

Few surprises here, but here's a visualisation of some of the most notable 'scalers' or scale-ups to come out of Europe in recent times, and much funding they've secured to date. 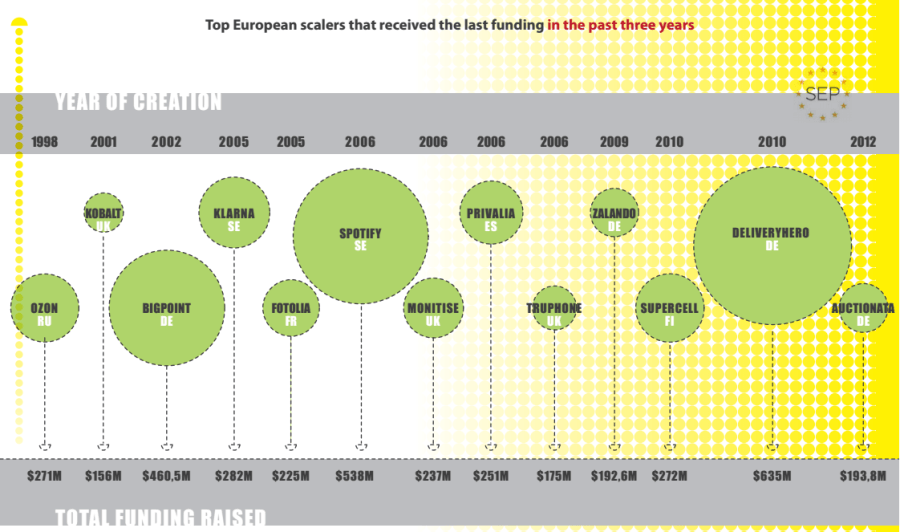 Germany's Delivery Hero, one of the companies that are part of the online food ordering craze, takes the cake in terms of funding raised, with a whopping $635 million secured to date.

Where do Europe's most promising tech startups hail from?

The second country that generates major startups is Germany, with its capital city Berlin. Germany ́s capital, although still a relatively young hub for startup activity, counts as a base for 15% of the startups within the SEP's database.

Which are the most active investors in Europe's startups? 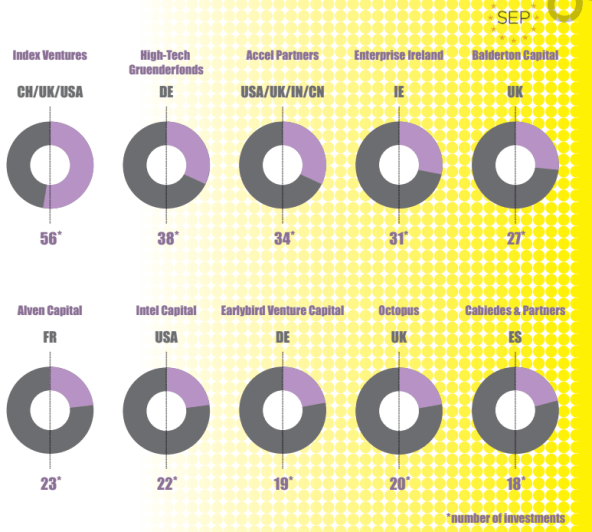 Over 60% of the analysed companies have received the last funding in the 'seed' (33%) or Series A (30%) stage. Around 24% of the identified companies underwent numerous rounds of funding and are at Series B stage or higher.

Most of the buyers of the above mentioned 2014 exits are American companies, reflecting a broader picture based on SEP's data sample where 47% of recent acquirers of European tech companies are based in the United States.

Unsurprisingly, the US is followed by the UK, Germany and France, three of Europe's biggest markets and, as indicated earlier, where the main startup hubs are located.

Within the 'ICT' category, most startups in SEP's sample fall into the 'Software solutions' category (17%), closely followed by 'E-commerce' (14%) and 'Mobile applications' (10%).

The 'Enterprise Services' and 'Advertising/Promotion solutions' turned out to be equally exploited domains as 18% of all identified scale-ups operate in these two fields. It is also worth mentioning that the 'Hospitality' and 'Gaming' categories account for 10% of the sample combined. 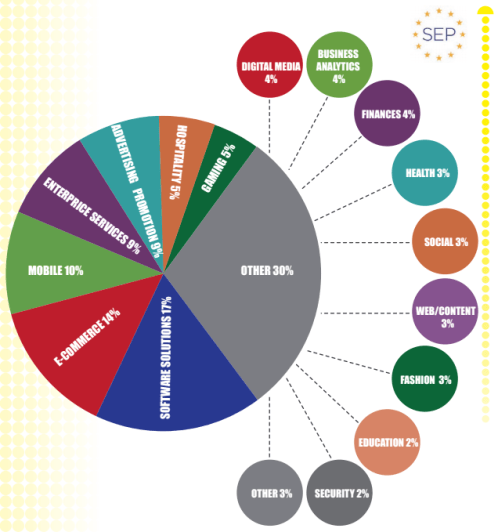 Most categories’ share of total funding is proportional to the amount of companies operating within these categories. While 18% of the overall funding was raised by the 'Software solutions' category, 'E-commerce' and 'Mobile' took 14% and 11%, respectively.

Furthermore, considering the average company from each category, it appears that 'Education' and 'Digital Media' companies get significantly less funding than the overall industry average.

Those are the preliminary answers to key quantitative questions about the European technology ecosystem and startup scene(s). We'll revisit the study when the final report comes out in Q1 2015.

From Auctionata to Zalando: A comprehensive study on Europe's most promising tech 'scale-ups'
Comments 8
Follow the developments in the technology world. What would you like us to deliver to you?
All

NEXT
What happened in the European tech industry this week? Here are the 5 main takeaways
In case you didn't know, we send out a…
Robin Wauters