Ve has an office in Paris, where's qunb's ten staff will soon be working from, while the qunb brand will ultimately be rolled into a new service called 'VeInsights' headed by the French startup's co-founder and CEO Cyrille Vincey.

Qunb was launched in 2012 and was part of two accelerator programs: Le Camping in France and the Spring 'class' of TechStars Boston.

The company was awarded the prize of 'Best French Startup' at The Europas in 2013, not long after winning the LeWeb Paris 2012 startup competition.

According to Crunchbase data, qunb raised a little over $1 million in funding. 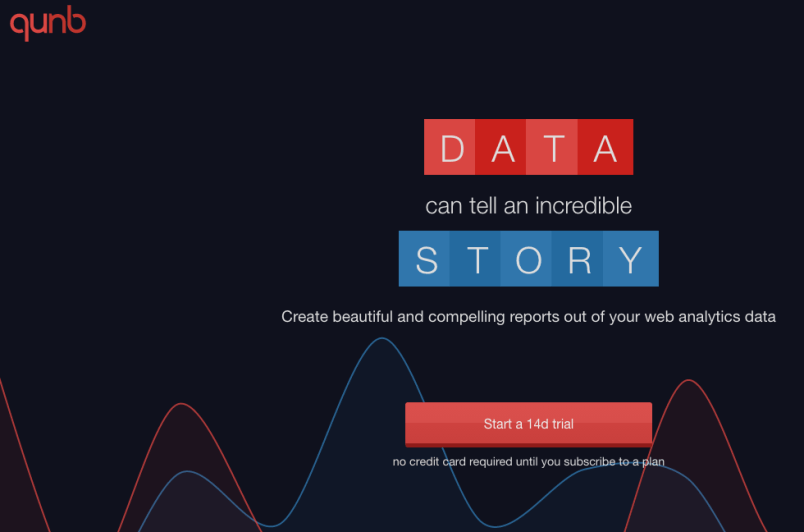 About Ve and its plans for qunb

Ve, in case you never heard about the company, has essentially created a platform with a series of apps to help e-commerce companies maximise revenue. The apps kick in along the customer's 'e-commerce journey' to acquire, engage and convert users by reducing bounce rates and minimising website abandonment.

David J. Brown, CEO and co-Founder of Ve, has an impressive track record – he began life as a professional musician and ended up starting this global interactive media company somewhere along the way. He has directed the filing and acquisition of over 120 patents in 40 languages, completed multiple acquisitions and led Ve's investment financing (of over £100 million).

Today, Ve employs over 500 people across 18 offices (and languages) worldwide.

Ve claims it currently monitors and analyses 33 percent of the global e-commerce market, and aims to combine this information qunb’s visualisation and monitoring expertise. The British company will also produce benchmark reports on the e-commerce markets in individual countries.

After GDM, Ve acquires French data visualisation software startup qunb in "multi-million pound deal"
Comments
Follow the developments in the technology world. What would you like us to deliver to you?
All

NEXT
The EU keeps taking swings at Google
Editor's note: This is a guest post by Alia Papageorgiou, former managing editor of a Brussels-based newspaper and a social media expert. Here,…
Alia Papageorgiou