A guest post by Eden Shochat, a partner of Israeli VC fund Aleph, that outlines how a simple spreadsheet became a mapping of the Israeli startup ecosystem through the power of crowdsourcing.
Eden Shochat 22 December 2014
Share
Facebook Twitter Linkedin 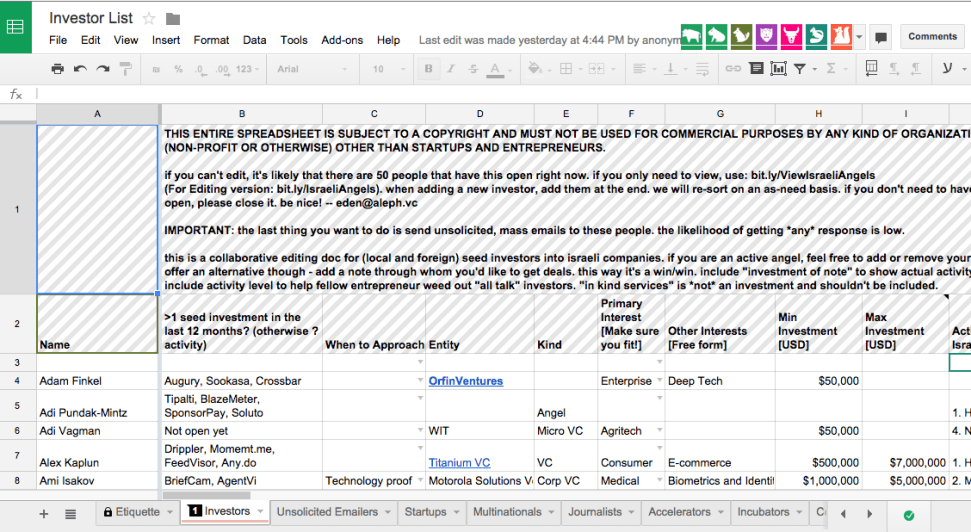 How a simple spreadsheet became a comprehensive, crowd-sourced map of the Israeli startup scene
Comments 4
Follow the developments in the technology world. What would you like us to deliver to you?
All

NEXT
SwiftKey founder Ben Medlock on how AI tech can make typing 'fun', London and the company's plans for the future (video interview)
There are a host of companies out there working…
Robin Wauters