Fortumo has managed to build a global mobile payment processing business out of Tartu, Estonia. We caught up with founder and CEO Martin Koppel to learn more about the company and its future plans.
Robin Wauters 27 January 2015
Share
Facebook Twitter Linkedin

For a company with roots dating back almost 15 years, Estonian payment solutions provider Fortumo has done a remarkable job flying largely under the radar so far.

The company's co-founder and CEO, Martin Koppel, argues that this has a lot to do with the fact that they're a business-to-business venture and thus generally not considered 'sexy' enough by the tech press.

Be that as it may, Fortumo, which essentially allows any merchant to set up one-click payment processing for Web and mobile services, games or apps, is worth a close-up for more than one reason - starting with its rather atypical founding story.

From university project to global company

Fortumo was spun off in 2007 from a Baltics-focused mobile services firm that was itself the result of a 'hobby project' cooked up by a group of university students in the early 2000s, and it is quietly establishing itself as a worldwide leader in payment processing.

Today, Fortumo employs roughly 85 people, up from 30 just two years ago. Of those, 55 are located in Tartu, Estonia (though it has a development hub in capital Tallinn as well), while the rest of Fortumo's employees work out of offices in China, India, Singapore and the United States.

In 2014, Fortumo hired more people in Asia than in Europe, and is more keen on hiring more employees in places like Beijing, New Delhi and Singapore; rather than Estonia or Silicon Valley. 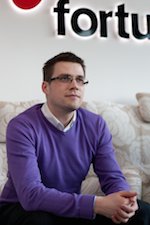 In a recent Skype interview, Martin Koppel emphasised that Fortumo is growing quickly, but "not crazy quickly", positing that building oversized teams tends to actually slow companies down.

“We consider ourselves a global company that just happens to be born in Estonia,” Koppel replied when I asked whether its operations are mostly based in Tartu, the second-largest city in the country, and why not in Tallinn. “Regardless of where in Estonia the company would be based, we'd still have customers that are typically far away. We spend a lot of time on flights to Moscow, London, and many other destinations,” he added.

No longer a hobby project, Fortumo enables merchants - big and small - to handle one-click payments without the need for a credit card, as payments are charged to their customers' mobile operator invoice instead (commonly referred to as 'carrier billing').

That means that, not unlike similar fast-growing companies such as Boku, PayPal-owned Zong and Bango, e.g. a mobile game developer can charge users directly for in-app purchases through their monthly telco invoices. Fortumo payments are cross-platform and work in PC applications, Web services and HTML5, Android, Windows Phone and Windows 8 apps.

Where Fortumo differs most from its aforementioned competitors is that many years ago it made a decision to zero in on emerging markets such as Central and Eastern Europe, the Asia-Pacific region and Latin America while rivals competed for business in the Western world. 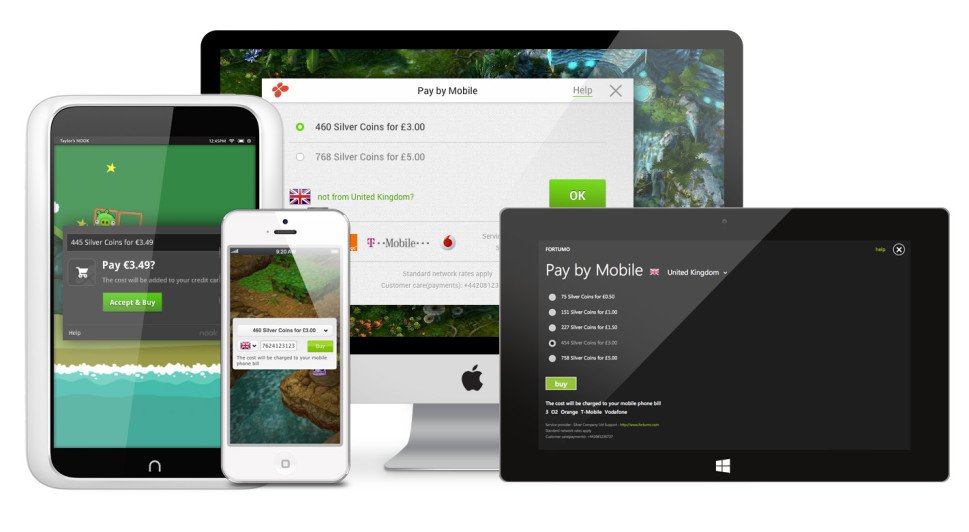 “Not long after we spun off Fortumo as a separate brand, we researched the market and noticed that the competition was heating up fast in the US and Western Europe,” Koppel recalled. “But when we looked at global trends, we could see that emerging markets was were Internet infrastructure and penetration was growing faster.”

“But those markets has something fundamental in common as well: the lack of access to a global turnkey payments solution combined with generally low credit card penetration,” Koppel added. “So we figured that opened opportunities for us, as merchants in the West would at some point turn their eyes to emerging markets.” 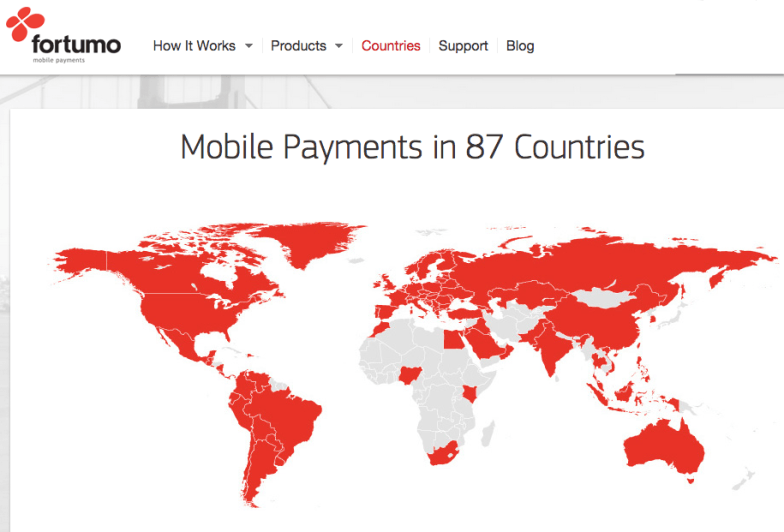 A fairly big grey spot on the online map that visualises Fortumo's current operations (see above) is Africa, as the affable entrepreneur acknowledges.

“There's a reason we haven't been more active in Africa in the past; the markets there are often really difficult for a variety of reasons, but we see the trends are changing. You will definitely see a lot more from Fortumo across the continent, as well as in the Middle East region, in the next 12-24 months”, Koppel said. “We've already started putting more effort in Africa in recent times, as some countries there are potentially big and important markets for us in the future, in particular Nigeria, Kenya, Egypt and South Africa.”

Today, 120,000 developers from more than 200 countries have signed up for Fortumo's platform, and its carrier-billing solution can currently be offered to end users in as much as 87 countries thanks to partnerships with more than 300 mobile operators.

Inspired by how WordPress and Blogger enabled millions of people to start publishing on the Web in just a few minutes, Fortumo early on launched a self-service platform for developers.

As Koppel explains: “That means that a developer from China, or Brazil, or Saudi Arabia or wherever can build a browser game, sign up for our service and start charging end users from across the world almost immediately. This has enabled us to grow quickly.”

Historically, Fortumo has indeed attracted a lot of game developers and social networking service providers to its platform. Koppel estimates that approximately 60% of business today comes from large merchants, with the other 40% self-employed programmers or small software development companies, acknowledging that the long tail is important for Fortumo.

But as the payment industry (and consumer habits) continue to evolve, the company has also started diversifying its solution stack in recent years.

“In the past two years, we've started focusing more on making deals with app store providers,” Koppel explained. “This means that we're essentially moving from being a mere service provider to an in-app purchasing and billing technology provider for handset manufacturers, platform owners and operators of application stores - including some of the world's leading ones.”

“Fortumo is also moving more from virtual goods to digital goods,” Koppel continued when I inquire about other future plans. “In the next few years, we'll increasingly focus on digital content verticals such as music, video streaming etc. Internet penetration in emerging markets is still growing steadily, but content providers often face difficulties monetising users in places like Mexico, Vietnam, Bangladesh and Nigeria, where people are starting to consume content on mobile devices”.

Koppel declined to share specific revenue numbers, but said it processed roughly 300 million transactions last year and has seen significant and consistent growth in the past few years (about 100% per year).

Worth noting: Fortumo has only taken $10 million in a single round of funding (from Intel Capital and Greycroft Partners) in its history and has been comfortably profitable since 2009. Asked whether Fortumo will raise more capital in the future, as investors are in the market for fast-growing, globally operating technology companies, Koppel said they don't really need to. 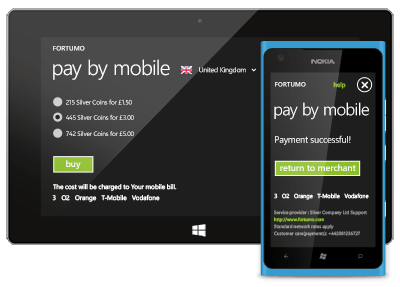 “Fortumo generates more money every year than can be invested in future growth. We were approached by a lot of Vcs fairly early on, but we looked at future opportunities in the global payments industry and preferred working with a partner like Intel Capital. Having them as shareholders enables us to build bigger things, thanks to their network and their investment was also a big part of the reason we became a technology company rather than a service provider.”

Koppel added that Fortumo has no 'specific plans' to raise more money (which I hear a lot from companies who then go on to secure funding rounds at monster valuations) as it is generating more than enough income to invest in its future.

Yes, how terribly unsexy, all this B2B stuff.

(All images courtesy of Fortumo)

How Fortumo built a global payments business out of Estonia
Comments 1
Follow the developments in the technology world. What would you like us to deliver to you?
All

NEXT
There's a European Startup Revolution happening, and you can be a part of it
There's a startup revolution underway across Europe, and you can read all about it. Here on…
Robin Wauters