Mix it up with Mixcloud, the bootstrapped London radio streaming startup tuning in on longform audio

London startup Mixcloud tried to raise VC funding for its streaming platform 5 years ago, but when offers came the founders decided to go at it the bootstrapped way. It's worked out well for them so far.
Charmaine Li 24 February 2015
Share
Facebook Twitter Linkedin

(Editor’s note: In a series of articles, tech.eu is putting the spotlights on a number of European tech companies who’ve achieved success while bootstrapping the business.

Here, we take a look at London-based radio streaming startup Mixcloud, which is profitable, cash-flow positive and claims more than 10 million active users. Earlier, we profiled Cleverbridge and Glispa.)

Even if podcasting’s popularity has been steadily increasing since its inception about a decade ago, there’s no doubt that the meteoric rise of true-crime drama podcast Serial last year has ignited a renewed interest in the medium alongside longform audio, in general.

To illustrate: according to Apple, subscriptions of podcasts via iTunes climbed to a whopping 1 billion in 2013.

Perhaps the resurgence of this longer-form of audio has to do with its ability to humanize information through a familiar voice that returns each week. Or perhaps it’s because this medium seems ideal in the age of multitasking as listeners can enrich their mind while commuting or doing banal activities around the house. Whatever it is, people are paying attention. 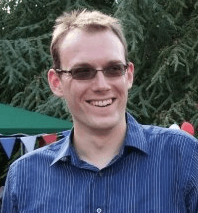 One London-based startup that’s been honing in on the human element of audio since its launch is Mixcloud. Founded by Mat Clayton, Nikhil Shah, Nico Perez and Sam Cooke in 2008, Mixcloud is an online radio streaming platform that lets users upload, share and listen to audio content. But not just any type of content.

“We specialize in radio content. So content that is just shy of an hour-long, like podcasts, DJ mixes, talk shows, educational stuff – anything that is longform audio,” Clayton (pictured) told me in an interview.

With the likes of SoundCloud, Spotify, iTunes, Deezer, Pandora and Rdio, the online audio streaming space is undeniably crowded — and mature. So, how does Mixcloud fit into the picture?

“We see ourselves as different because we’re about longform audio. So we’re not about tracks nor are we another playlist service either,” answered Clayton.

“We see the human element of curation, particularly in longform audio, as the key to driving discovery and user engagement... as opposed to an algorithm.”

Although Mixcloud’s more than 10 million monthly active users don’t yet measure up with Spotify’s 60 million subscribers or SoundCloud’s reported 175 million monthly listeners, the company has grown into a profitable business without raising any VC capital.

Unlike some of its online music streaming competitors, which have announced hundreds of millions dollars in funding and are still figuring how to get in the black, Mixcloud – currently a team of 20 spread across its London and New York offices – opted to go down the bootstrapping route.

“About five years ago, the funding cycle wasn’t quite as good as it is now, and VCs were very scared of music. We actually did a lot for funding and got a few offers... but decided to walk away from it,” Clayton recalled. “The whole thing just didn’t feel right and we could see a way of doing it without funding, so we took that instead.”

Although bootstrapping a company comes with having more freedom in the way the business is run, Clayton admitted that this path could have easily gone awry. "It could be a really good advantage, or a really good way of causing a train wreck. Especially for us, because what we wanted to do was quite risky. I mean, bootstrapping an advertising company in music – you just don't see that," he said.

Mixcloud has, however, received three government grants from the UK’s Technology Strategy Board along the way, which Clayton said made a huge difference in the business.

“In all honesty, the company wouldn’t be around without them. They are non-equity based grants, so the equity is still owned within the company,” he added.

Interestingly enough, most of Mixcloud's current revenue is driven from advertising.

In August 2014, Mixcloud rolled out two paid tiers of its service to go along with its free basic version. The Premium plan for listeners comes ad-free at €5.99 per month, or €59.99 per year, whereas the Pro plan for uploaders offers users, who share content, access to insights and analytics at €11 per month, or €99 per year.

"The tiered system is not really the company’s monetization strategy at the moment. It's where we think the future is, so we’re starting to lay down a lot of the groundwork and trying to get users accustomed to the idea," Clayton elaborated, "Premium and Pro are really just ways of setting the scene for the next couple of evolutions of the company as well as testing the waters."

So what's on the roadmap for Mixcloud in the coming year?

"Right now the focus for Mixcloud is on how to transition from something that is quite a niche vertical to more genres, different types of content and serve new platforms. There's also a bunch of interesting integrations in the works," replied Clayton.

With longform audio back in the limelight, we'll be watching to see how Mixcloud treads in these waters in the coming year.

Mix it up with Mixcloud, the bootstrapped London radio streaming startup tuning in on longform audio
Comments
Follow the developments in the technology world. What would you like us to deliver to you?
All