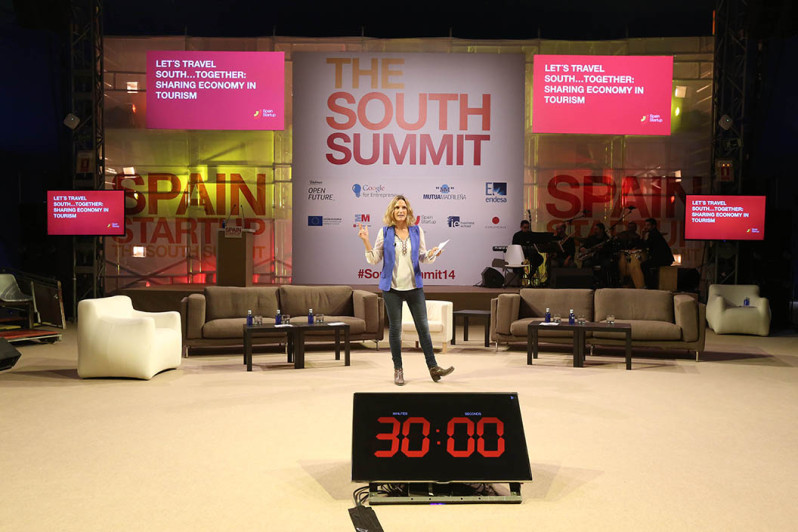 Sofia Benjumea, CEO of Spain Startup, the producers of The South Summit in Madrid, has been selected to be the head of Google Campus Madrid, the third Campus opened by Google in Europe. While she doesn't consider herself an entrepreneur, Benjumea has been actively fighting for the Spanish ecosystem for the past three years, bringing the best of the best to what has become Spain's largest tech event, The South Summit. In just three years, the Spain Startup team has helped position Spain as one of the hottest investment countries for European VCs. Despite her new job, Sofia will still be involved with the conference in an advisory role. Meanwhile, Liz Fleming, current Deputy Director of IE Venture Lab, will join the Spain Startup team as VP of International Relationships and Nacho Mateo will be heading Startups & Platforms operations. We expect to see great things coming from Campus Madrid during the next year, starting with an increasing number of Europeans passing by Spain's capital for official startup business. _Featured image credit: Spain Startup_

Spain Startup CEO and South Summit organiser Sofia Benjumea to lead Google Campus Madrid
Comments
Follow the developments in the technology world. What would you like us to deliver to you?
All

NEXT
Won't somebody please think of the children? The 'kidtech' space is about to explode, led by European startups
In the wake of Google’s acquisition of…
Dylan Collins