Not just another banking app: Berlin’s Number26 wants to take online banking to the next level

Berlin startup Number26 says it's building "Europe's most modern bank account", but it's not quite there yet. Charmaine Li talked to co-founder and CEO Valentin Stalf to learn more about the company's plans.
Charmaine Li 20 May 2015
Share
Facebook Twitter Linkedin

At first glance, Number26 looks like any other fintech startup striving to ‘modernise the banking experience’.

It promises security, swiftness and simplicity. It wants to disrupt traditional models of banking. It lets you see your transactions on your smartphone. Overall, it sounds like something you’ve probably heard about before.

That’s what I thought until I spoke to Number26 co-founder and CEO Valentin Stalf at the Heureka Conference in Berlin recently.

In fact, the startup delves much deeper into the banking experience than you would expect because of its partnership with German bank Wirecard and integrations with MasterCard.

Although Number26 may be a fuzzy concept to users at first, investors certainly saw potential in it. Last month, the Berlin-based startup raised €10 million in Series A funding led by Peter Thiel’s Valar Ventures. Swiss entrepreneur Daniel S. Aegerter joined the round and existing investors Earlybird and Redalpine Venture Partners also participated.

Getting into the nitty-gritty

One look at the startup's homepage and a flurry of questions come to mind about the product.

So, what exactly is Number26? 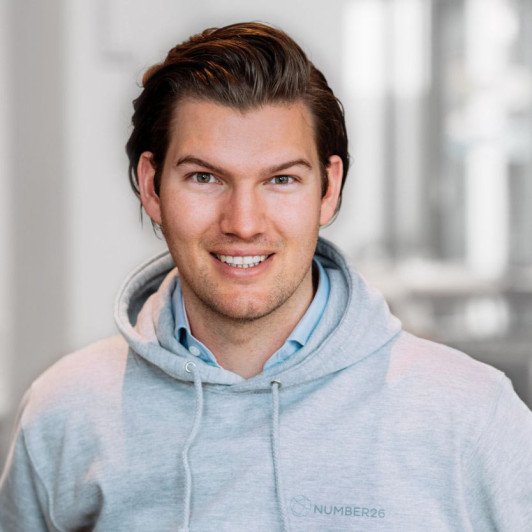 “Currently, from a regulatory perspective, we’re not a bank. But if you talk to an end-consumer, I would say, we offer a modern bank account – from sign-up to how you see your transactions to how we do personal finance management,” responded Stalf, who is originally from Vienna and previously worked with Rocket Internet building payment ventures Payleven and Paymill.

Founded in 2013 by Stalf and Maximilian Tayenthal, Number26 essentially offers users a bank account, an app to manage your financial transactions as well as a MasterCard that can be used online and at ATMs – for free.

What makes Number26's experience stand out from a traditional bank experience is its simple sign-up process and sleek app – available on iOS, Android and online – that lets you track and manage your transactions in real-time. For instance, if you misplace your card, you can block transactions on it immediately with a tap of a button, instead of having to call a customer support hotline or visit a branch. But if you find it the next day, unblocking it is as simple as tapping the button again. 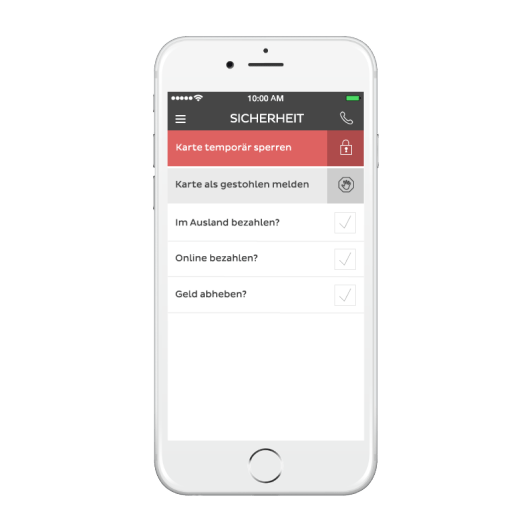 This is all possible because Number26 works with Germany’s Wirecard Bank, which holds a German banking license and deals with the regulatory aspects of its business. The partnership enables the startup to offer a bank account, issue MasterCards and connect to the MasterCard network in order to offer real-time banking information for users.

As for the business model, Number26 gets a cut from all transactions made on its MasterCard. Although that route may not be sustainable in the future, because the interchange fee is regulated by the European Union and will eventually become lower, said Stalf.

It sounds a lot like Number26 could be a product from Wirecard, but the startup maintains that it is “clearly isolated” from other Wirecard products.

Basically, it's all done in the comfort of your own home. Then your account is paired with your mobile phone, which is needed to authorise transactions on the app. After a couple of days, you’ll receive a Number26-branded MasterCard in the mail and be able to deposit money to your account. You can use this card online at any ATM that has a MasterCard logo on it.

The idea of the Number26 MasterCard and how it works in connection with the app can be confusing to users (just look at the comments in this TechCrunch article). Stalf admitted that it's all quite complex, but a lot of the value and functions delivered are possible because of the strong integrations with the MasterCard network and core banking system in the background.

Although the German banking license allows Number26 to operate in EU countries, its service is currently only available to users in Germany and Austria on an invite-only basis. Its press app screenshots are also only in German – which says a lot.

It's clearly a far cry from being ‘Europe’s most modern bank account’, as Number26 bills itself on its landing page, but Stalf said that is the long-term goal.

Another European fintech startup with an invite-only system and an ‘Early Access Programme’ targeted at Germany and Austria at the moment is Helsinki-based Holvi, a payment services regulated by the Financial Supervisory Authority of Finland that offers tools for money management, building an online shop and accounting.

READ MORE: How Holvi wants to build an online bank for SMEs and freelancers – A Q&A with CEO Johan Lorenzen

When asked about competitors, Stalf revealed that Number26 and Holvi share an advisory board member and he’s quite aware of what Holvi is doing. He also pointed out that the Finnish company has a different pricing model, which consists of charging a fee on incoming/outgoing payments as well as an additional service fee for credit card payments.

What’s interesting though is how long it’s taken Holvi, which was founded in 2011, to actually roll out its product on a large scale, despite several reports of plans to launch in several European markets.

Without a doubt, banking is a hard space to crack for startups. Not only does it require building a lot of trust with users due to the sensitive nature of handling people's money, but it involves navigating a slew of complex regulations and the ability to communicate your product succinctly. Perhaps that’s why it’s taking so long for these sorts of services to really take off in a big way. Except for the UK's TransferWise that is, which is tackling the currency exchange aspect of the banking experience and seems to be doing swell with a reported valuation of around £1 billion after its latest funding boost.

In the US, Number26's closest competitor is Simple.com, which was acquired by Madrid-based banking group BBVA for $117 million in February 2014 but continues to operate separately.

Simple.com isn’t just a lone personal finance app, but like Number26, owns more of its core service by partnering with a bank that holds the user’s money, while Simple’s app is used to monitor and manage the money. It also offers users a Simple Visa card alongside its app. However, despite an exit, the Portland-based company seemed to be having some major product issues late last year, which made things anything but simple for the user.

Since launching in January 2015, Stalf said that more than 10,000 people have opened a Number26 account. It’s a decent number considering that the team hasn't spent any money on marketing yet. The plan is to scale slowly by inviting 300 people to the service a day, so that the startup can maintain its customer experience.

As for the future, the latest funding will be used to grow the team and further develop the product. However, Stalf stressed that it’s important for the company not to grow too fast and it won’t be expanding its service to any new markets in the next six months.

Eventually, Number26 wants to be a fintech hub that offers users the best financial products through integrations with other players, such as the aforementioned TransferWise. And offer a modern bank account for users across Europe. We'll be watching to see when that happens.

FinTech in Europe – London is leading the pack, but Berlin is starting to make its mark

Not just another banking app: Berlin’s Number26 wants to take online banking to the next level
Comments
Follow the developments in the technology world. What would you like us to deliver to you?
All