Finally, a breakthrough in the EU: roaming surcharges to disappear in June 2017, deal reached on net neutrality rules

Good news for most. After marathon negotiations between the European Council, Commission and Parliament, led by the Latvian presidency of the Council in its final days,
Robin Wauters 30 June 2015
Share
Facebook Twitter Linkedin 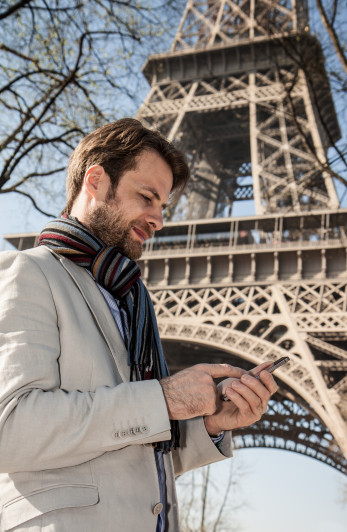 Good news (for most). After marathon negotiations between the European Council, Commission and Parliament, led by the Latvian presidency of the Council in its final days, a provisional deal on new rules governing open Internet (net neutrality) and the abolishment of roaming surcharges was reached in the wee hours of 30 June. That means the so-called single market for telecoms in Europe is nigh, after long delays and heated debates between all parties and the industry.

While the agreement still has to be confirmed by the EU's 28 member states, roaming surcharges in the Union will likely be completely banned as of 15 June 2017, although providers will be able to apply a 'fair use policy' to prevent 'abusive use' of roaming.

In a statement, the European Council clarified that fees will drop even before that date:

"Roaming fees will already go down on 30 April 2016, when the current retail caps will be replaced by a maximum surcharge of €0.05 per minute for calls, €0.02 for SMSs and €0.05 per megabyte for data." A deal was also reached on EU-wide open Internet (aka net neutrality) rules: operators will be ultimately forced to treat all traffic equally when providing Internet access services. That said, blocking or throttling will be allowed in a "limited number of circumstances", for instance to counter a cyber-attacks and prevent traffic congestion (which can admittedly prove to be a slippery slope).

Under today's agreement, paid prioritisation in the open Internet will, however, be banned.

Agreements on services requiring a specific level of quality will be allowed, but operators will have to ensure the general quality of Internet access services.

As POLITICO's Zoya Sheftalovich notes, this will likely not go down well for net neutrality advocates who were hoping for stricter rules. But the fact that there's now a preliminary agreement on the safeguarding of open Internet in the European Union in the first place is a breakthrough any way you slice it, and a crucial one for citizens and businesses alike.

To be continued, but a very important step in the right direction, particularly for the European Commission, for which the reform of the EU telecoms rules was a key objective of its plans for a Digital Single Market in Europe. _Featured image credit:_ Pinkyone / Shutterstock

Finally, a breakthrough in the EU: roaming surcharges to disappear in June 2017, deal reached on net neutrality rules
Comments
Follow the developments in the technology world. What would you like us to deliver to you?
All

NEXT
An IPO isn't the only possible exit for Spotify. Don't believe me? Google it...
With the recent announcement that Spotify have…
Neil Murray