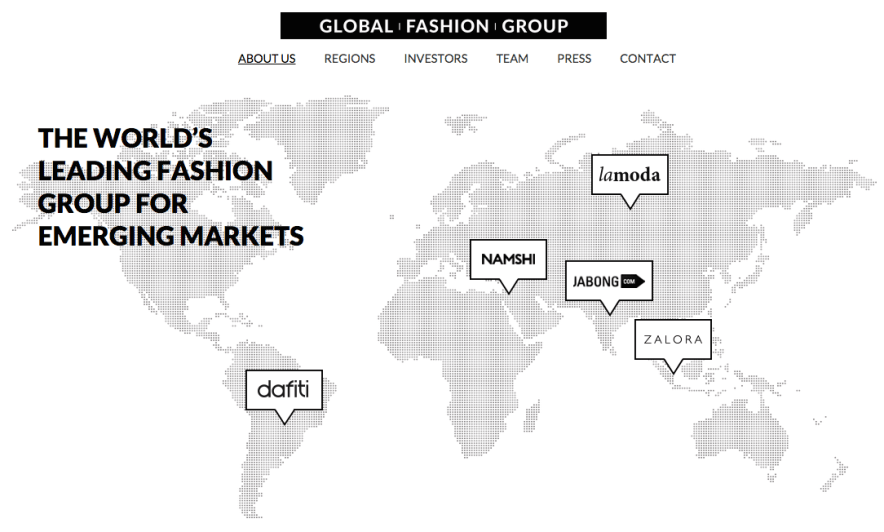 Global Fashion Group, the joint-venture of Rocket Internet and Swedish investment firm Kinnevik that was formed almost a year ago, has raised €150 million ($167m) in an internal financing round.

Both companies have also agreed to contribute their shareholdings in two Brazilian e-commerce businesses, Kanui and Tricae, to Global Fashion Group. The companies were previously part of Rocket Internet's Latin America Internet Group, if you're still with us.

The financing round implies a post-money valuation of €3.1 billion ($3.45 billion). Kinnevik will own at least 25% and Rocket at least 21.9% of the group following the transactions.

So what will the additional cash be used for?

According to a press release, the funding round "provides GFG with additional capital to solidify its position as the leading emerging markets fashion e-commerce company. The proceeds will mainly be invested to strengthen GFG's fulfilment, marketing and product development as well as to build the infrastructure to capitalize on the synergies between GFG's market-leading online fashion businesses in Latin America, Middle East, Russia & CIS, India, South East Asia and Australia."

Global Fashion Group focuses on fashion e-commerce in emerging markets and now operates across four continents and 27 countries, employing over 9,500 people. Aside from the aforementioned Brazilian businesses, the group operates Zalora, Dafiti, Lamoda, Namshi and Jabong.

Rocket Internet’s ‘Global Fashion Group’ gains an Amazon exec as CEO, a CFO and another €32m in funding

Global Fashion Group raises €150 million at a €3.1 billion valuation, swallows two Brazilian online fashion businesses
Comments
Follow the developments in the technology world. What would you like us to deliver to you?
All