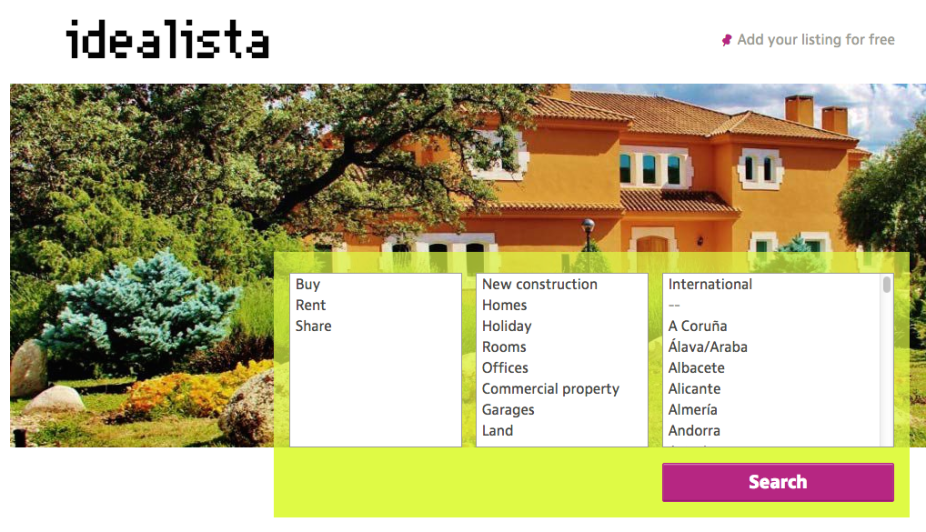 (_Editor’s note: This post, written by Jaime Novoa, was syndicated from Novobrief)_

Different growth stages need different investors, and it seems as if Apax Partners is the right firm to help Spanish real estate website idealista in its next phase.

Late Friday night idealista announced that the NYC and London-based private equity firm had agreed to buy most of the company, acquiring the stakes owned by Tiger Global Capital, Bonsai Venture Capital and Kutxabank.

Prior to the deal, these three firms owned about 46% of the company, with idealista’s co-founders (Jesus Encinar, Fernando Encinar and Cesar Oteyza) and the company itself owning all remaining shares. We understand that the founding team now controls about 30% of the classifieds business, with the rest belonging to Apax Partners.

According to El Confidencial, idealista is now valued at €150 million, up from €100 million last year.

Asked about the timing of the deal, Fernando Encinar told us that both Tiger and Kutxabank had requested help to find an exit. “This happens all the time in this type of deals”, Fernando says. “In the case of Tiger, it is the nature of hedge funds and private equity firms, and Kutxabank needed to disinvest part of their industrial equity portfolio”

Apax is not new to Spain, having participated in deals involving Vueling, ZED (which owns about 30% of 24symbols) or Jazztel. The firm was founded in 1969 as a result of the merger between funds started by three renown investors, Sir Ronald Cohen and Maurice Tchénio (in London) and Alan Patricof (New York).

Since the mid-2000s the company has slightly changed its focus to invest in mature and growth companies, abandoning its Venture Capital roots. One of its latest deals as a pure VC firm was also one of its most successful ones: in 2005 it invested $35 million in mobile gaming company King.com, obtaining a return of +1,000% when the Dublin-based company went public last year.

Apax had previously invested in other classifieds business such as Soufun, Autotrader, Trader Corporation or Dealer.com. 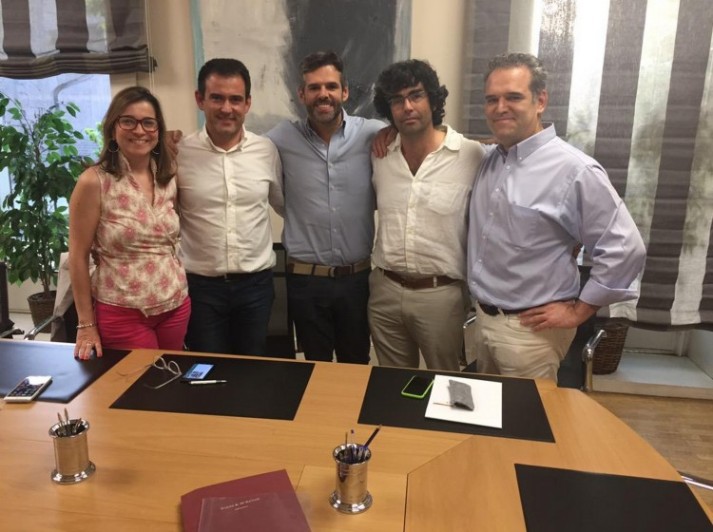 Founded in 2000 by the Encinar brothers and Cesar Oteyza, idealista has become the leading online real estate classifieds business in Spain. The company also operates in Italy and Portugal. In 2013 it had revenue of €30 million and an operating profit of €8 million. 50% of idealista’s traffic is mobile.

This healthy financial position has allowed the company to make investments in other similar businesses like coches.com (owning 15% of the company founded by Vitamina K’s Iñaki Arrola since 2011), Habitania (45%, now called idealista tools), TerceroB (35%) and to fully acquire Rentalia in 2012 (Marta Esteve, François Derbaix).

Novobrief understands that idealista and Apax Partners had been in negotiations for months and signed the final agreement on Friday evening. The deal is pending approval from the CNMC.

“We are more excited right now about the future of the company than we were 15 years ago”, Fernando says. “This deal will makes things easier for us, since we now have one main shareholder instead of three”.

The 300-person company’s current executive team will continue to lead the business in this new phase.

“I don’t see myself working at a different company or sitting on my couch thinking about what to build next. We don’t think much is going to change and Apax’s expertise in growth companies will be key in idealista’s future”, Fernando concluded.

Apax Partners buys controlling stake in idealista, reportedly valuing the company at €150 million
Comments
Follow the developments in the technology world. What would you like us to deliver to you?
All

NEXT
European VC firms raised more than €2 billion in Q2 2015, an increase of 30% compared to last year
According to data from Dow Jones VentureSource,…
Robin Wauters