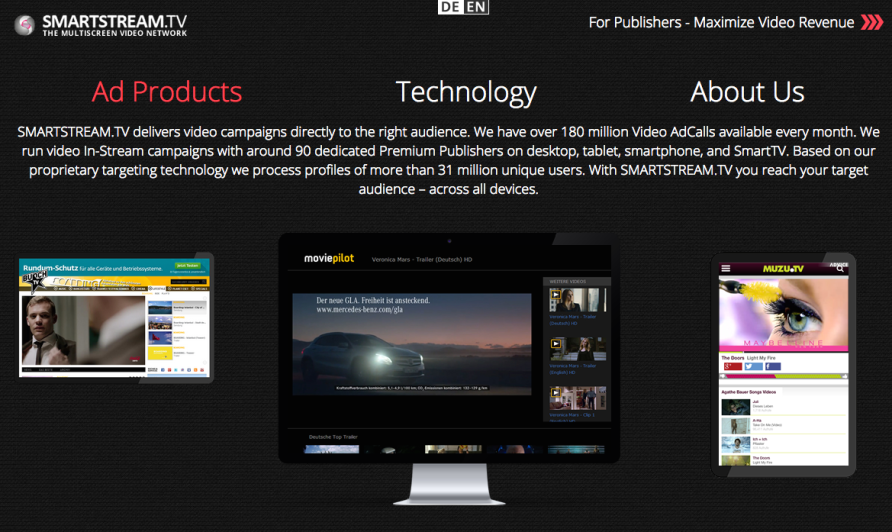 After investing in Munich-based video advertising exchange platform SMARTSTREAM.TV about a year and half ago, German media conglomerate ProSiebenSat.1 has now acquired a majority stake in the startup.

Founded in 2012, SMARTSTREAM.TV is one of the largest providers of video advertising space in Germany and Europe with more than 300 million video views per month. ProSiebenSat.1 previously held a 25% share in the company and will now up that stake to 80%.

The news comes one month after the German media giant acquired a 51% stake in Virtual Minds, one of the leading European specialists in the field of digital advertising and media technologies.

ProSiebenSat.1 increases its stake in Munich-based SMARTSTREAM.TV ad exchange platform to 80%
Comments
Follow the developments in the technology world. What would you like us to deliver to you?
All