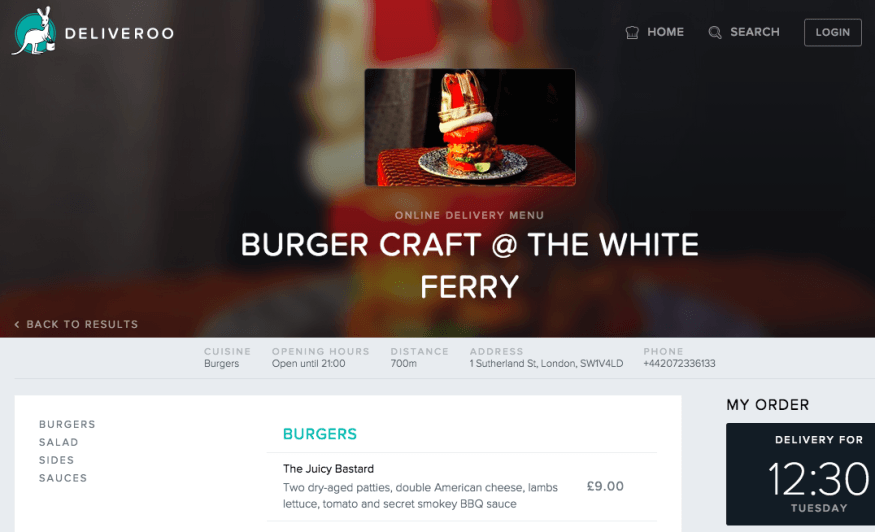 London startup Deliveroo is today announcing a $70 million Series C financing round led by San Francisco-based investment Greenoaks Capital and Index Ventures, with participation from prior backers Accel Partners and Hoxton Ventures. That would have put them in the list of biggest funding rounds in European tech in the first half of 2015 if it happened a month ago - but just barely.

That said, the round comes just months after Deliveroo raised $25 million in Series B funding, but the company claims that has everything to do with its meteoric growth - having self-reportedly registered 500% growth in daily orders since its last fundraising in January 2015.

Since then, Deliveroo has also launched in France, Germany and Ireland, and expanded across the UK.

The London startup says it will use the fresh cash to expand into new markets in Europe, the Middle East and Asia, where it will have to face off with other massively funded and/or publicly listed rivals such as Delivery Hero, Just-Eat, Takeaway.com and foodpanda to name but a few.

In fairness, Deliveroo is more than simply an online marketplace that connects hungry people with nearby restaurants that do takeaway, as it tends to sign up places that offer more 'premium' food and don't necessarily deliver food to customers already. In fact, Deliveroo co-founder Will Shu has said they are more akin' to a logistics service provider than an online take-out ordering website.

Also, unlike its competitors, the startup's name rhymes with 'didgeridoo', which I'm sure we can all agree is an accomplishment worthy of sizeable venture capital investment on its own.

This is how Deliveroo's different from online food ordering websites, but in PR mumbo jumbo:

"While the majority of food delivery businesses are online marketplaces for takeaway restaurants, some of which have their own drivers, Deliveroo unlocks new choices by partnering with high-quality restaurants that typically don’t offer delivery.

Its proprietary end-to-end technology and logistics platform enables an on-demand model where customers can easily order meals that are delivered directly to their doors by Deliveroo’s team of drivers and cyclists in an average of 32 minutes."

So far, Delivery says it has 'unlocked new choices' by partnering with over 2,000 restaurants.

Let the online food ordering wars in Europe rage on: Deliveroo closes $70 million Series C round
Comments
Follow the developments in the technology world. What would you like us to deliver to you?
All

NEXT
Are you a European B2B startup looking to expand to North America? Meet Peel
Editor’s note: This is a sponsored tech.eu article, which means it’s independently written by…
Robin Wauters