Another fierce foe for Google in Europe: Meet GRIP 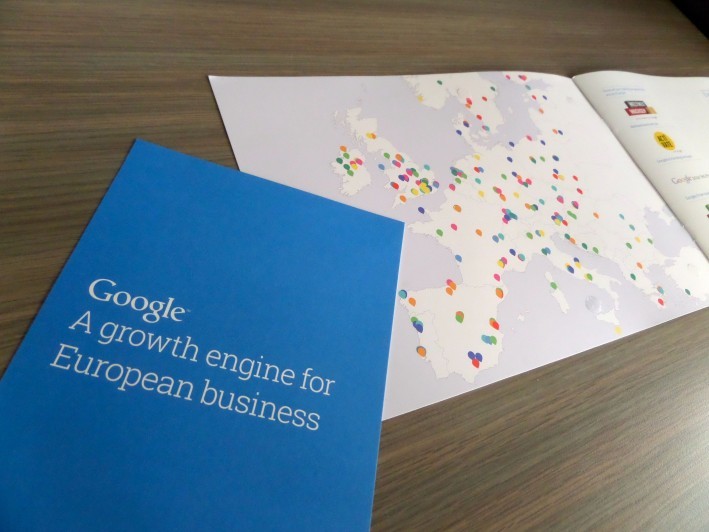 Today sees the launch of - cue the 'get a grip' jokes - GRIP, which is short for 'Google Redress & Integrity Platform'. No, it's not another Google service or a Google+ replacement, but rather a platform that caters to the American online search and advertising giant's European adversaries.

To wit, the platform aims to - and I quote - "offer victims of Google’s anti-competitive business practices in Europe a mechanism to evaluate their potential claims".

GRIP, which is being presented this morning at a press conference in Brussels, is positioned not an industry lobby, but "a platform providing information, representation and legal services".

Behind GRIP are Hausfeld & Co, a well-known international law firm that specialises in competition litigation, and niche public affairs consultancy agency Avisa. The former already represents British vertical search tech company Foundem, the original complainant in the EC’s Google investigation (see below), in its damages action in the UK High Court, while the latter is 'assisting' another crucial complainant in the case, namely French Internet search firm 1plusV.

Hausfeld and Avisa say GRIP’s two main goals are 1) to "seek redress for those who have suffered harm" from any of Google services, be it Search, Android, YouTube, Shopping, Maps or something else, and 2) to "ensure search neutrality" (although it fails to provide a definition for that).

The GRIP platform thus builds on the European Commission’s Statement of Objections dating back to April 15, 2015 which outlines the EC's position in assessing the viability of their claims against Google.

Indeed, Google already faces antitrust charges from Europe’s competition authorities, which just last week it vehemently denied in a bulky report, claiming that there was significant competition in the bloc's online search market and that the company’s services actually increased choice for local consumers.

The European Commission has been investigating Google in relation to the way it displays search results since 2010, which may ultimately lead to huge fines for the Internet giant.

And now GRIP may lead to a number of civil cases across Europe from companies seeking damages from Google, although their outcome is quite unpredictable.

To join GRIP, the companies behind the platform says Google rivals can fill in an online form but need "a concrete, solid case" against the company, and that entry fees - do not include any potential litigation costs - will be based on their annual revenues (see below).

According to a GRIP press release (PDF), a number of claims have already been brought in different jurisdictions across Europe, while "further litigation is expected in the years to come".

The vehicle is open to individuals, although GRIP more likely caters to businesses and associations.

"Rival online services were denied a fair display in search results because of Google’s practices. Google was also able to generate additional profit, often at the consumers’ expense. Any person or entity that engaged in e-commerce in the EU may have a civil claim and through GRIP.”

“It has been five years between the first complaint against Google and the EC’s statement of objections, which is about three times longer than the groundbreaking Microsoft case. Google’s President, lawyers and publicists have worked well to create this delay."

"But Google has not been able to stop the inevitable: it finally faces justice,” he concludes.

Another fierce foe for Google in Europe: Meet GRIP
Comments
Follow the developments in the technology world. What would you like us to deliver to you?
All