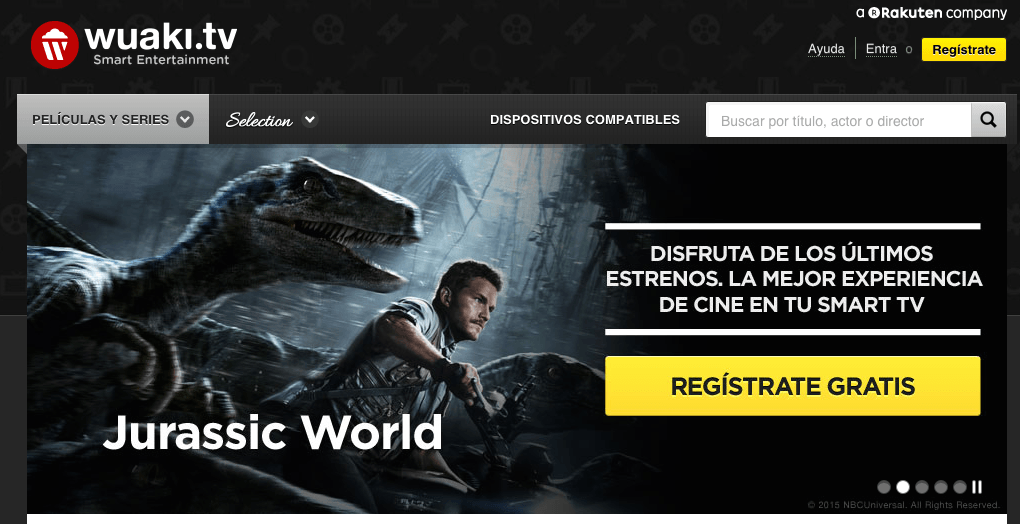 Rakuten-owned but Barcelona-headquartered company Wuaki.tv has launched its VOD and online video streaming service in Austria and Ireland. With these two countries, Wuaki.tv is currently available in 7 European markets (Spain, UK, France, Germany and Italy).

Wuaki’s CEO Jacinto Roca says that after launching in Europe’s biggest regions, they’re going to focus on “smaller but strategic countries”, measured by the level of penetration of VOD services in such markets.

In aggregate, Wuaki.tv has 2.5 million clients. We’ve asked the company what ‘client’ means (someone who purchases a movie once a year? someone who pays for a monthly subscription?) but they’ve declined to give more details. The company did say that 60% of its customers (1.5 million) are in Spain.

Wuaki.tv is battling head-to-head with the likes of Amazon, Netflix and other regional players in Europe, and wants to be available in a total of 10 markets by the end of the year. Netflix is set to launch in Spain on October 20.

Wuaki.tv recently launched an offline feature which allows its users to download movies to their devices to consume them when they’re not connected to the Internet. This feature is only available to VOD customers, and not to those who pay a monthly fee to get access to all of Wuaki.tv’s catalogue.

European Netflix rival Wuaki.tv launches in Austria and Ireland
Comments
Follow the developments in the technology world. What would you like us to deliver to you?
All

NEXT
OSCON: Leslie Hawthorn on the fear of failing
(Editor’s note: This is a sponsored article, which means it’s independently written by our…
Jonathan Keane