Estonian-British startup Lingvist, which offers an online platform for speedy language learning, has raised $8 million in Series A funding, according to a report from Geenius (in Estonian).

Lingvist, which boasts offices in London and Tallinn, aims to build a tech-driven, adaptive and mathematically optimised way of learning a new language. The company launched a mobile app back in June, propelling its usage numbers to about 100,000 users today. 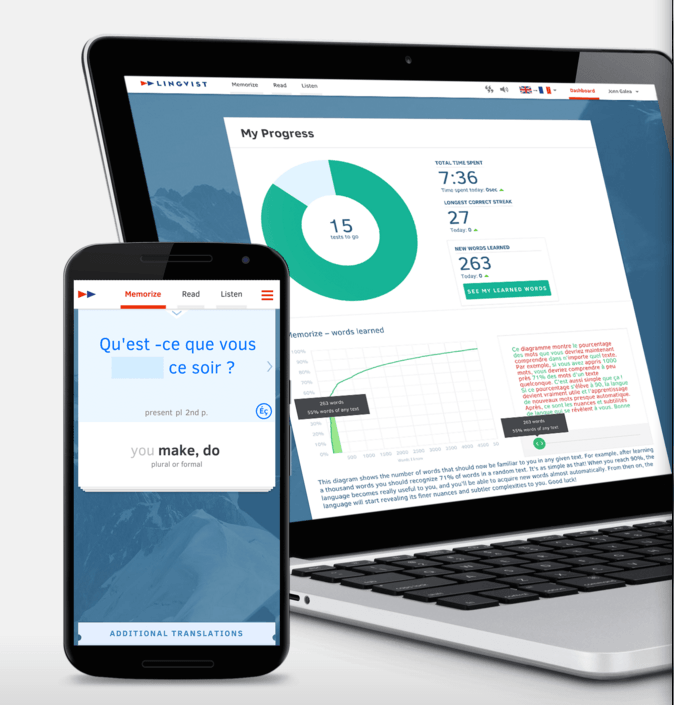 Techstars (London), SmartCap and Inventure invested €1 million in the company back in April 2014, and Lingvist went on to receive €1.6 million in EU funding under the Horizon 2020 scheme (PDF) in March 2015.

Lingvist will use the fresh cash from its prior backers and Rakuten to hire more developers, designers, computational linguists, data scientists and others, in order to vastly improve the machine-learning algorithms that are at the core of its offering.

That the money is coming from Rakuten should also make it obvious that the startup is planning an expansion into Japan and other Asian markets, but Lingvist says the MENA region is also on its radar.

Meet Babbel, the startup that has 100,000 people downloading its language-learning apps every day

Language learning platform Lingvist secures $8 million from Rakuten, Jaan Tallinn and others
Comments
Follow the developments in the technology world. What would you like us to deliver to you?
All