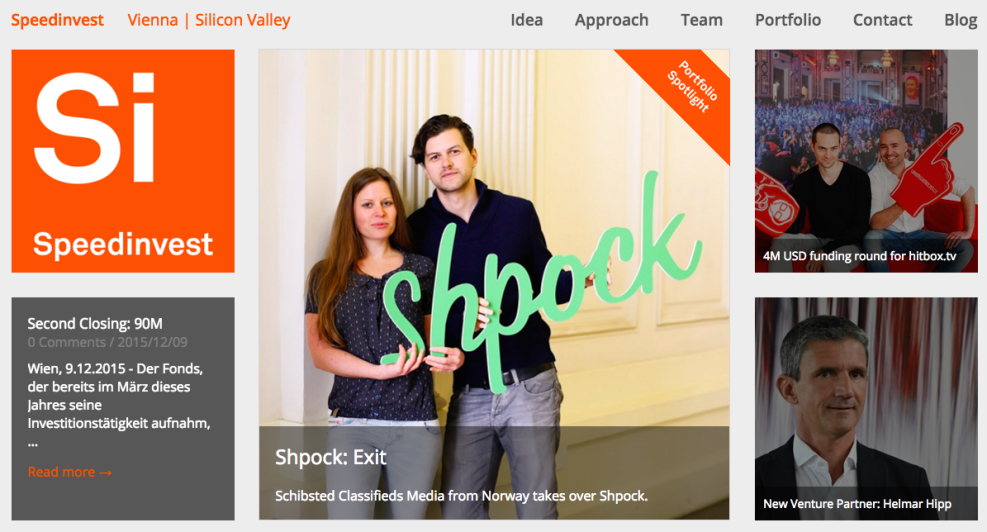 The news was reported yesterday by German startup media, but as part of our ongoing efforts to keep track of the ever-changing European VC landscape: Vienna, Austria-based early-stage investment firm Speedinvest has raised its second fund, with €90 million / $100 million committed.

There are a few interesting nuggets here. One is that this is the biggest VC fund ever raised in Austria. The other is that it was raised from more than 100 entrepreneurs and private investors, rather than the typical European VC that only has a handful LPs and backing from the European Investment Fund.

The individuals, which have thus contributed $1 million each on average, include people like Red Bull founder Dietrich Mateschitz, and founders of successful startups such as Runtastic (acquired by Adidas a few months ago), Busuu and Shpock (acquired by Schibsted).

In some cases, Speedinvest says, its investors will work together with selected portfolio companies in one way or another. The firm typically leads seed rounds with tickets up to €500,000.

Another interesting fact: renowned global VC firm New Enterprise Associates has also pumped $5 million into Speedinvest's second fund, with another $50 million reserved to finance the growth of (some of) its portfolio companies down the line.

Speedinvest is run by a total of 12 partners, who spend most of their time in operational roles for 1-2 portfolio startups each, typically executing business and corporate development functions in the US or Europe. That gives the VCs hands-on experience in building and scaling the startups it backs, and gives founders in turn an extended team of senior talent with extensive networks.

Furthermore, Speedinvest partners receive regular salaries, much like (and about the same size of) the founders they invest in. They profit from exits, of course, but they're not as handsomely compensated as much VC firm partners and thus, Speedinvest argues, more focused on driving success.

With the inception of its new fund, Speedinvest is now sourcing startups from all over Europe, with a strong focus on the CEE region and verticals like fintech, deep tech and consumer.

Speedinvest closes $100 million second fund, discloses its first pan-European investments
Comments
Follow the developments in the technology world. What would you like us to deliver to you?
All

NEXT
French rail network SNCF releases API with real-time data for developers to play with
Editor’s note: This is a sponsored article,…
Jonathan Keane