Editor’s note: This is a sponsored article, which means it’s independently written by our editorial team but financially supported by another organisation, in this case, French national railway company SNCF.

As of this week, the API features real-time data on rail lines, stops, delays, and emergency maintenance to complement the scheduled data that was available when the API first launched in June. Real-time data was the most requested feature for the API, says SNCF.

The SNCF API is built on Navitia, an open source tool developed by Kisio Digital, for creating apps and services in several different fields. It’s been used extensively with public transport data to help commuters and tourists with everything from route planning to directions to tourist attractions via rail lines.

Data for the API is sourced from the rail network’s theoretical transport plan, such as scheduled stops; its redefined schedules, which includes instances like natural disasters or emergencies; and finally, real-time changes to journeys like train delays or route modifications. 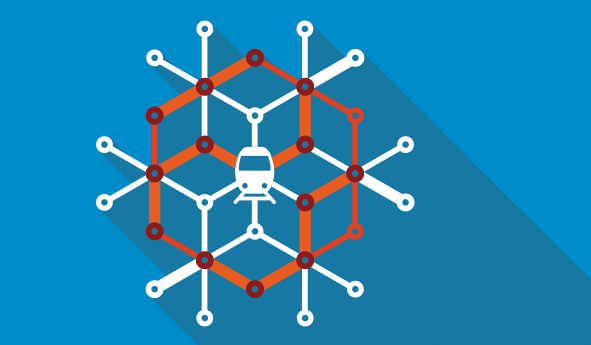 “The API has a central role in the economy and digital innovation. It is the cornerstone of SNCF’s open innovation strategy with the objective of always offering more services with added value,” says Frédéric Burtz, SVP of Technology, Innovation and Development at SNCF Digital.

Some of SNCF’s efforts in open innovation also include its Tourist Experience Challenge, which invites startups to develop solutions ahead of Euro 2016 in France.

“Through these actions, SNCF expresses its will to see a lot of innovative applications being developed for its clients. SNCF has been engaged in Open Data since 2010 with data sharing and the availability of the API. SNCF APIs average 15 million calls per month,” says Burtz.

Developers are free to use the newly-available API for up to 90,000 calls a month, or 3,000 a day, making it available to small startups and big businesses alike. An enterprise version is available by contacting SNCF.

Registration for the API is open here and as it has been built for developers, SNCF is encouraging feedback from developers through its website.

French rail network SNCF releases API with real-time data for developers to play with
Comments
Follow the developments in the technology world. What would you like us to deliver to you?
All