Opera is baking ad-blocking technology right into its browser engine, citing the need for speed

Norwegian browser software and mobile advertising company Opera this morning announced that it is integrating ad-blocking technology directly into its desktop browser engine, a move that will no doubt not pass by unnoticed as the topic has been subject of heated debate in recent times.

To wit, publishers, advertisers and government officials have weighed in recently on the ad-blocking topic as worldwide usage of such technology continues to surge.

Opera Software is sure to bring a new element to the discussion table, as happened recently when European carrier Three Group recently announced plans to start blocking display ads on the mobile Web and in apps at the network level. And now Opera is introducing it at the browser level.

The software company is baking ad-blocking tech straight into the engine for its browser for computers, albeit only the developer version for now, the first major PC browser maker to do so.

The reason for the move is speed, Opera says, claiming that the ad-blocking feature can speed up Web page load times by as much as 90% and work more reliably than third-party ad-blocking extensions. 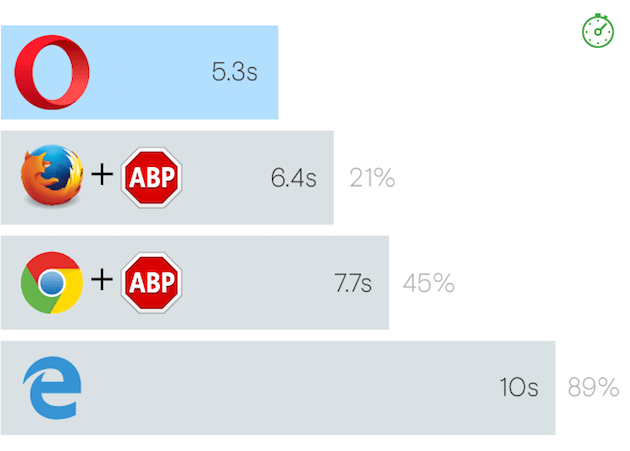 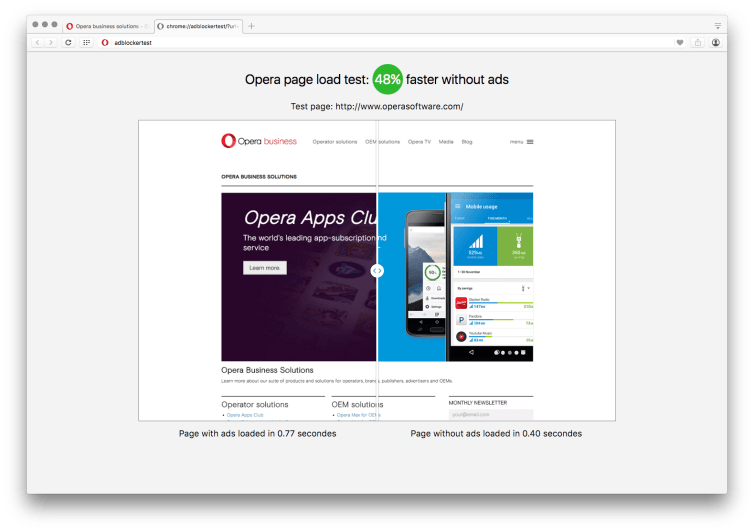 Opera recognises the debate that's happening around ad-blocking technology and the strain it puts on online publishers and other businesses, but says page load times suffer from ads too much.

“Advertising fuels the internet, allowing for many services to be free for users. But, as our new research shows, most webpages today are significantly slowed down by bloated ads and heavy tracking. We don’t accept it - we want the web to be a better place for us all, as users,” said Krystian Kolondra, SVP of Engineering and Head of Opera for computers.

“Growing demand for ad-blocking tools tells us that the current approach to advertising is damaging user’s online experiences. It interrupts your web-surfing, slows down your browser, and, at Opera, we want to fix it," Kolondra continued.

Opera's market share is tiny relative to the size of Google (Chrome), Apple (Safari) and Microsoft (IE), but its user base is nothing to sneeze at, either. 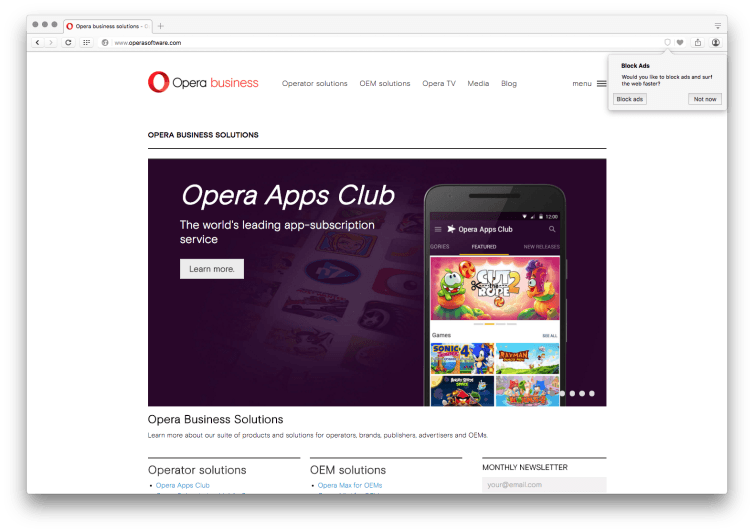 Opera is baking ad-blocking technology right into its browser engine, citing the need for speed
Comments
Follow the developments in the technology world. What would you like us to deliver to you?
All