Invest Europe, the non-profit organisation formerly known as the European Private Equity and Venture Capital Association (or EVCA), has released its report for 2015.
Robin Wauters 10 May 2016
Share
Facebook Twitter Linkedin

Invest Europe, the Brussels-based non-profit organisation formerly known as the European Private Equity & Venture Capital Association or EVCA, has released a report on fundraising, investments and exits in Europe for the full year 2015.

The trade body, which aims to represent Europe’s private equity and VC firms - as well as their investors - within the industry and towards policymakers, says European private equity investment overall has increased 14% to €47.4 billion last year.

Invest Europe tracked funding for almost 5,000 companies, 86% of which are SMEs (and, to be clear, aren't only tech companies but also active in real estate, agriculture, construction etc.). 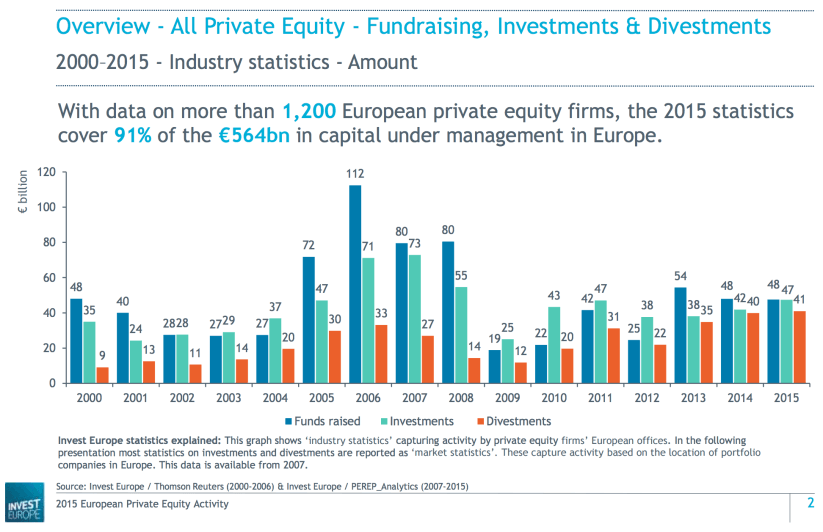 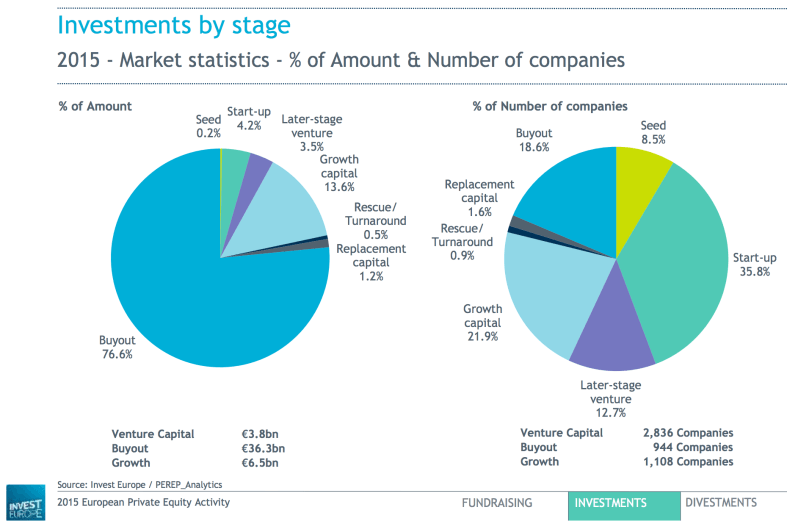 For the record, tech.eu tracked almost €12 billion in VC investments in technology companies alone across Europe, Israel, Russia and Turkey last year. To be fair, Invest Europe also categorises 'growth investments' separately whereas we don't, and these increased 11% to €6.5 billion in total in 2015 according to its report.

The rest of the difference can likely be attributed to smaller rounds of funding (from angel investors, funding clubs, accelerators and whatnot), which Invest Europe doesn't typically keep track of, but we do to provide a full picture. 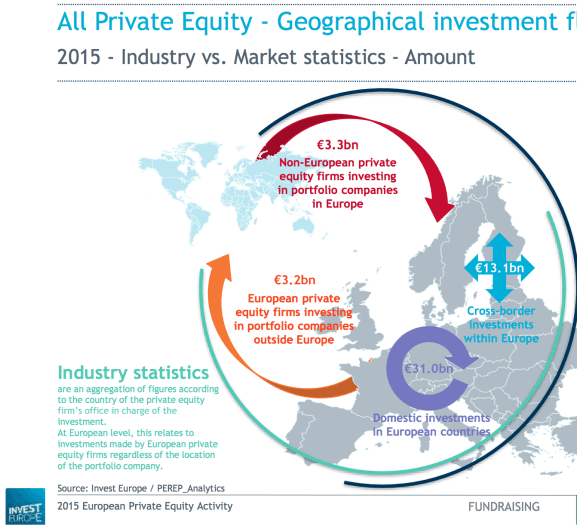 “Despite volatile financial markets and macroeconomic challenges, private equity and venture capital continue to be a solid source of investment capital for growing European companies,” said Invest Europe CEO Dörte Höppner, who will be soon be departing the organisation to join a German law and tax firm as managing director.

Venture capital fundraising itself increased by 8% to €5.3 billion, according to Invest Europe - the highest level since 2008. The €150 billion total raised by European private equity and venture capital in the last three years was 70% higher than the period between 2010 and 2012, the organisation's data shows.

For Höppner, that's a sign of institutional investors’ confidence in the asset class and the European market. She also notes that over 40% of funding came from investors outside Europe, which is an interesting trend to continue monitoring.

Pension funds provided more than one third of the capital raised by European private equity and VC firms. Fund of funds contributed 12%, followed by government agencies (11%) and insurance companies (10%). 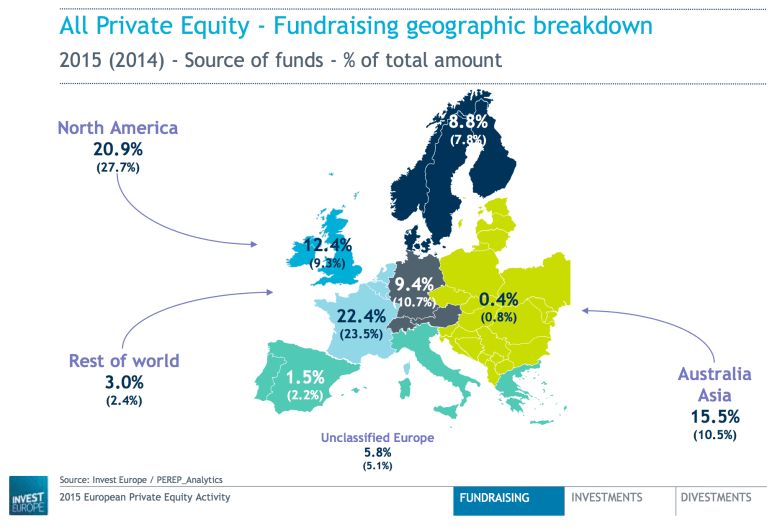 And again, for the record, tech.eu actually tracked 594 European tech exit deals worth €136.75 billion for 2015 (you can buy the full report here).

The State of European FinTech: A tech.eu report on funding and M&A activity in 2015

Invest Europe (EVCA) says private equity investments have increased 14% to €47.4 billion in 2015
Comments
Follow the developments in the technology world. What would you like us to deliver to you?
All