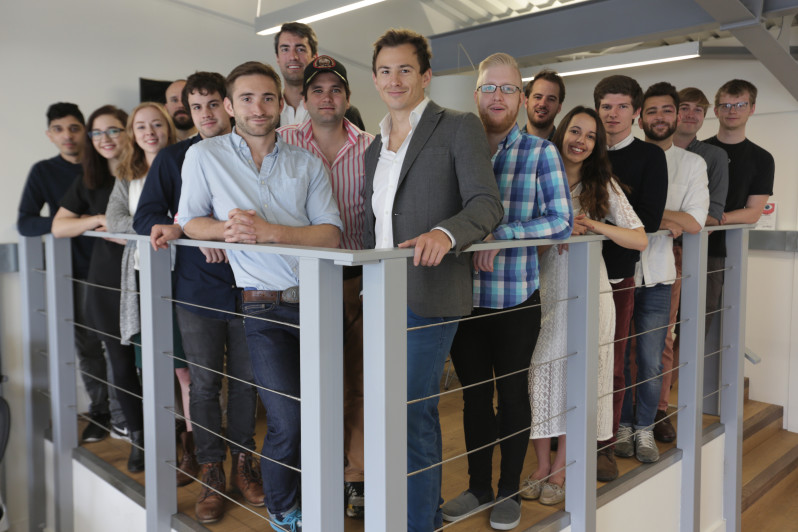 goodlord’s app connects tenants, landlords, and letting agents. The service creates transparency between all sides in a market where more and more people are renting rather than buying homes, said CEO Richard White. The startup added that it sees the rental market as being “barely regulated”.

The London-based startup plans to use the new funds to hire more people and continue to build out its software by adding new features including insurance and credit referencing services. It plans to have 10% of letting agents in the UK using the platform by the end of 2016 (200 are already using it) and later this year will release an app specifically for tenants and pilot its services in other European countries.

“With the help of goodlord’s service, renting a property becomes a transparent process. Tenants don’t have to leave work early to trudge around flats and fill out paperwork”, said Richard White, who was previously a real estate agent. “Tenants want to go and see a property and say “Yes I’ll take it” and for the deal to happen right there.”

“Generation Rent is rightly demanding better customer service from letting agents”, added Robin Klein, co-founder LocalGlobe. “For too long tenants have felt powerless in a market where transactions were anything but transparent. We believe that goodlord can transform the way lettings are carried out across the UK and become the backbone of deals in the rental market.”

goodlord was founded in 2014 and previously raised an undisclosed amount of funds from angel investors in 2015.

UK letting and tenants app goodlord raises £2 million to build out its software
Comments
Follow the developments in the technology world. What would you like us to deliver to you?
All