Tech.eu Insights creates insight and guides strategies with its comprehensive content and reports. Browse popular Insights content.
Examine the effects of the latest technology with the Tech.eu lens, see the details and create powerful strategies. Take immediate action to access exclusive articles and reports.
Review Advantageous Packages
Does your company have Insights access? Check it
Features/Profiles
Sponsored by NUMA

There are just a couple of days left to apply for NUMA Barcelona's growth accelerator in November. Here's everything you need to know to get involved.
Jonathan Keane 23 September 2016
Share
Facebook Twitter Linkedin

Editor’s note: This is a sponsored article, which means it’s independently written by our team but financially supported by another organisation, in this case, NUMA. If you would like to learn more about sponsored posts, read this and contact us if you’re interested in partnering with us.

So far NUMA Barcelona, has received applications from around the world with startups from 37 countries interested in coming to Barcelona to grow their product. The programme is a joint venture between mVenturesBcn, a branch of Mobile World Capital Barcelona that already runs an IoT accelerator in the city, and French global innovation network NUMA.

The startups that are successful in their application will join the programme and receive funding of €30,000 along with mentorship, legal advice, and office space. NUMA Barcelona will give successful startups access to mentors from companies and backgrounds that include Airbnb, British Telecom, and Facebook.

On September 30, a shortlist of startups will be selected from which 10 startups will join the program starting on November 1 through to February of next year. 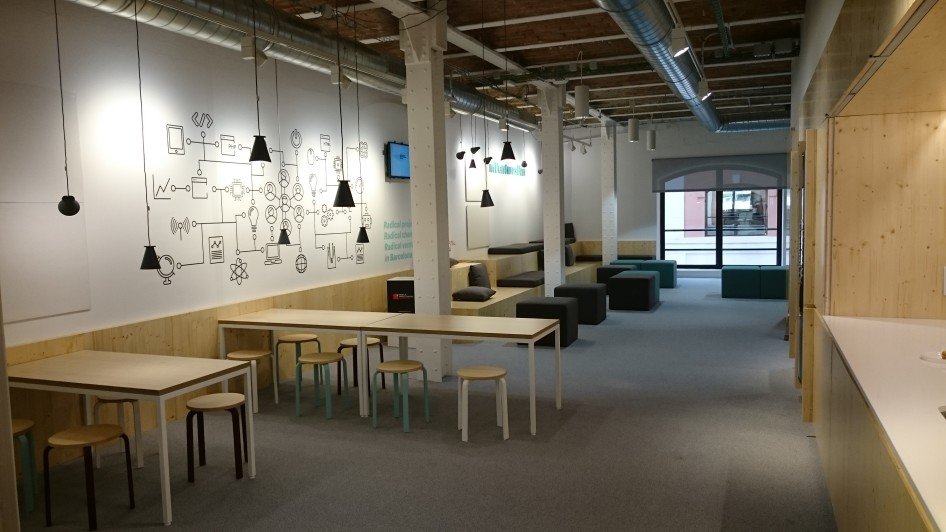 The accelerator was first announced at 4YFN earlier in 2016, a sister event of Mobile World Congress, and the inaugural program will close out with a demo day on the main stage at 4YFN 2017.

Applicants don’t need to present a business plan, just sign up on NUMA Barcelona’s website and explain your story and what you want to accomplish.

In total, NUMA Barcelona will invest €4.8 million into attracting and developing up to 30 startup projects in Barcelona over the next three years. The aim of the accelerator is very much focused on startups with potential for a global impact.

NUMA Barcelona will take a 5% stake in each of the startups with €1.5 million set aside for further potential investments in the companies once they have completed the programme.

“Entrepreneurs from 37 countries, including Spain, the United Kingdom, the United States, India, Cameroon, Russia and Canada, among others, want to take part in our initiative. We are offering to accelerate ventures in the mobile capital. This is unique in the world,” said Pep Gómez, chairman of NUMA Barcelona.

It’s your last chance to apply for NUMA Barcelona’s growth accelerator
Comments
Follow the developments in the technology world. What would you like us to deliver to you?
All