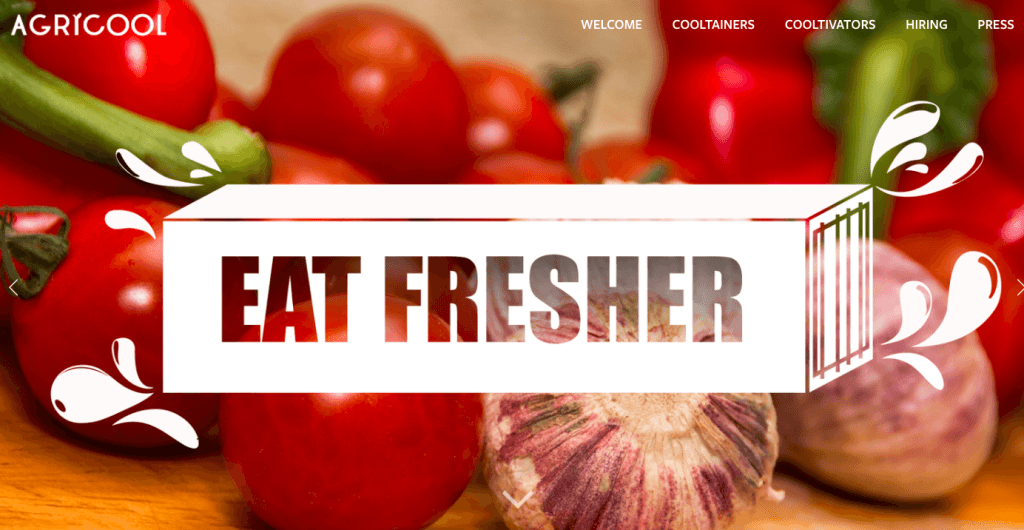 Agricool's mission is a unique one: to grow fruits and vegetables inside of shipping containers in order to bring more fresh, local food to big cities. The company says the idea was born out of a need for a more efficient, inexpensive way to grow and distribute fresh produce in mega-cities like their own.

Many citydwellers are faced with the decision of buying cheap canned produce or expensive "fresh" produce pumped up with preservatives and pesticides. With big cities' populations growing, the need for a solution grows with it.

Why don't farmers just grow food closer to the cities? It's easier said than done. Each city has its own climate that is ideal for certain types of produce. Cities with hostile weather conditions may not be able to grow much at all. In addition, finding affordable farming land closer to metropolitan areas is no easy task.

That's why Agricool has come up with the idea to grow produce inside of shipping containers. By controlling the light, temperature, water and other factors, you can essentially grow any fruit or vegetable you like—anywhere in the world.

The containers, which the company has dubbed "cooltainers," steer clear of pesticides and optimize cultivation conditions with the objective of eventually perfecting a method that's more cost-effective.

With the funding, the founders of Agricool hope to install 17 strawberry containers around Paris in 2017, producing 91 tons of strawberries. The company is currently renting a large warehouse to store the produce-growing containers, but aims to expand to other locations throughout the city and eventually throughout the world—urban farmers around the globe have already signed up to receive updates about the startup's plans to expand. They also plan to start experimenting with other fruits and vegetables, specifically tomatoes and lettuce, as more funding is raised.

Paris-based Agricool raises $4.3 million to harvest fruits and vegetables in shipping containers
Comments
Follow the developments in the technology world. What would you like us to deliver to you?
All