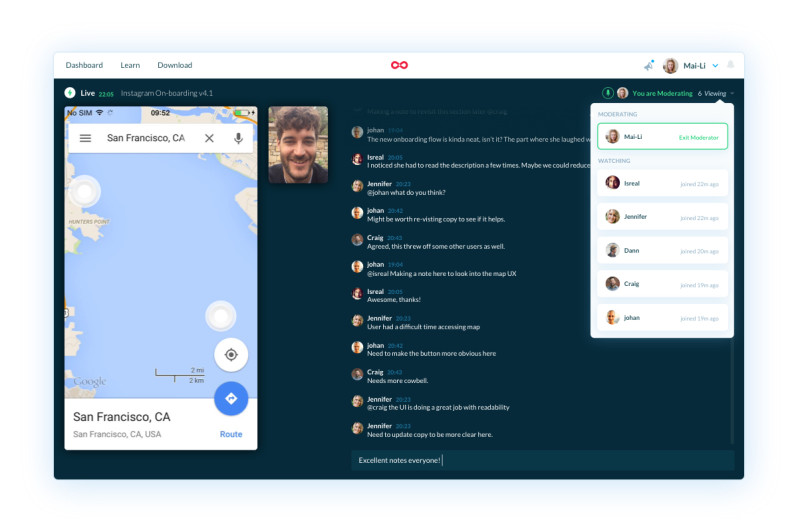 Lookback, a UX research platform, has raised $6 million in a round led by Spectrum 28 with participation from Index Ventures and Lakestar.

The company’s customers include Facebook, Netflix, and Dropbox. Its UX research platform allows companies to test products by allowing users to get in involved in the research and provide insight into how people are using the product. It recently launched Lookback Live to communicate with participants in real time.

“We’ve always thought designers are too far away from their customers and the core ingredient — empathy — has always been hard to scale,” said CEO Jonatan Littke.

“Lookback is an invaluable tool for getting insights from our users and their real lives”, added Netflix UX researcher Frances James. “The interface is intuitive for participant, researchers, and stakeholders alike; and we always feel like the Lookback team has got our back 100% throughout our research.”

Lookback was founded in 2013 in Sweden by Littke and his brother Carl along with Nevyn Bengtsson; all three founders are former Spotify engineers. The startup relocated to Silicon Valley in 2015.

Swedish-founded Lookback raises $6 million for its UX research platform
Comments
Follow the developments in the technology world. What would you like us to deliver to you?
All

NEXT
What will be the biggest IoT trends in 2017? Startupbootcamp is finding out
Editor’s note: This is a sponsored article, which means it’s independently written by our…
Jonathan Keane