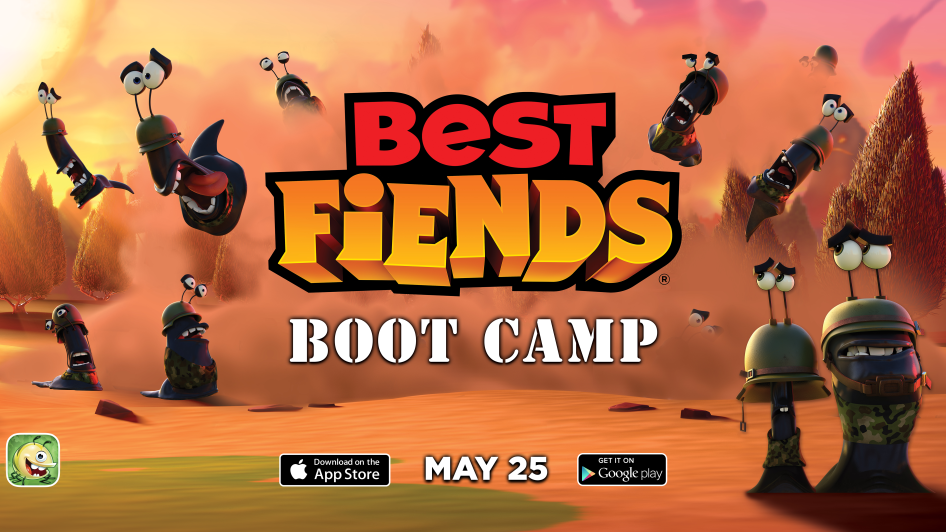 The short features a voice cast of Mark Hamill, Kate Walshe, and Pamela Adlon and was produced by Reel FX.

The company has developed two games under the Best Fiends franchise, which have been downloaded 70 million times with two million daily players, said the company. It reached profitability in the first quarter of this year.

“Given the audience shift from incumbent media platforms like televisions and movie theaters, we’re focused on building a world on your mobile, with the characters, stories and music you would expect from a Hollywood animated franchise,” said Andrew Stalbow, CEO of Seriously.

“When Seriously approached us about working together, I immediately fell in love with the characters,” said Augusto Schillaci, director and senior visual effects supervisor, Reel FX. “It’s rare that you get a chance to work on a world that has so much potential for comedy, and it’s exciting to launch the short in a different way - straight into a global audience. We can’t wait for fans’ reactions to this.”

Seriously will debut a second animated short based on the Best Fiends franchise called Visit Minutia this summer with more shorts to be released later in the year alongside in-game tie-ins.

Along with the premiere, the company has appointed former Walt Disney vice president and treasurer, Michael Montgomery as an independent board member. He also served as CEO of Sega GameWorks and a board member at Dreamworks. Former Fox Kids Europe chairman and CEO, Ynon Kreiz is also joining as new investor in the company.

Seriously has raised $28 million in funding from Daher Capital, Korea Investment Partners, Northzone, Sunstone Capital, and Upfront Ventures. Its studio remains based in Helsinki with business development and marketing operating in Venice, California.

Finnish game studio Seriously releases first animated short after reaching profitability this year
Comments
Follow the developments in the technology world. What would you like us to deliver to you?
All