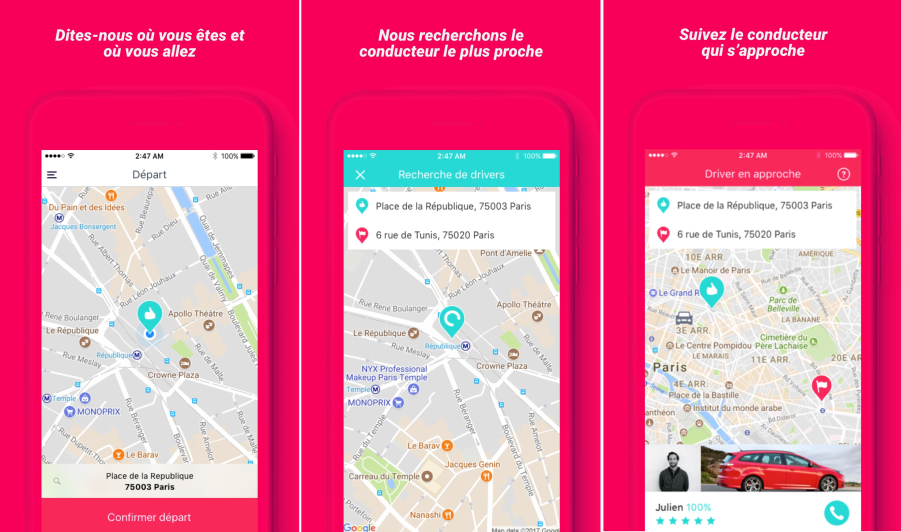 Paris-based ridesharing and carpooling app Heetch has raised $12 million despite authorities clamping down on its business model earlier this year.

The investment is from Felix Capital, Alven Capital, and Via HD. It comes several months after the company was reprimanded by transport authorities for operating an unlicensed taxi service. It was fined over half a million euro and forced to rebuild its business from scratch. Previously Heetch ran its ridesharing service at night for partygoers and the like.

Despite this setback, the company has managed to secure this funding round which will be used to rebuild the service. Under its new model called Le Base, the company is limited to providing one short distance carpooling roundtrip per driver per night on a predetermined route. A second service, called Le Pro, has been launched for professional drivers.

The company plans to expand into London soon, where Uber lost its license last week. It currently operates in France, Belgium, Italy, and Sweden, carrying out 70,000 trips a week and plans to reach 300,000 trips by 2019.

French ridesharing app Heetch raises $12 million to rebuild its business
Comments
Follow the developments in the technology world. What would you like us to deliver to you?
All

NEXT
Munich's IDnow aims to go global with its digital identification technology, despite legal hurdles
Munich’s IDnow knows a thing or two about…
Jonathan Keane