Tech.eu Insights creates insight and guides strategies with its comprehensive content and reports. Browse popular Insights content.
Examine the effects of the latest technology with the Tech.eu lens, see the details and create powerful strategies. Take immediate action to access exclusive articles and reports.
Review Advantageous Packages
Does your company have Insights access? Check it
Features/Profiles
Sponsored by i3

The NAB Show “Where Content Comes to Life” is an annual event in Las Vegas, held by the National Association of Broadcasters, showcasing the latest in media innovations, from broadcast and digital media to advertising and live events.

The six-day show, running from April 7-12, brings together media stakeholders, sponsors, and key decision makers for networking and deal making in the digital ecosystem, the development of new products, and exploring import/export opportunities.

i3 (Impact, Innovate, Invest), a European Commission-funded project that supports media sector entrepreneurs and startups, is giving four companies the chance to win tickets to the event, including travel costs.

The event is an opportunity for European startups in the space of media and content convergence to engage with the wider broadcasting and digital media industry as well as exhibit their own project among the 1,700 plus exhibitors. More than 100,000 people from 160 countries will attend the show throughout the week.

i3 will select four startups to attend the NAB Show in April – Two ICT-19 projects (funded by the European Commission) will be chosen to travel to the event and two other European media startups will be chosen from applications.

The prizes include tickets to the event, flights, and accommodation. One person from each startup/project will attend.

Applications for the prizes are open now and close on December 15.

Furthermore, i3 is currently running a survey on the future of media policies and regulations. The survey, which takes about 10 minutes to complete, is seeking thoughts and concerns on how European regulations are affecting media startups. Responses will inform i3’s policy guidelines, which it will present to the European Commission in the coming months. Click here to take the survey. 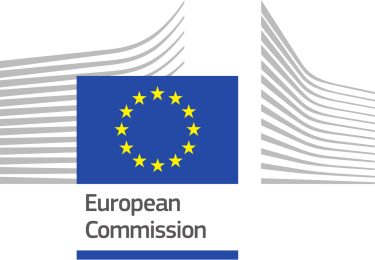 i3 is giving four startups the chance to win tickets to the NAB Show in Las Vegas
Comments
Follow the developments in the technology world. What would you like us to deliver to you?
All