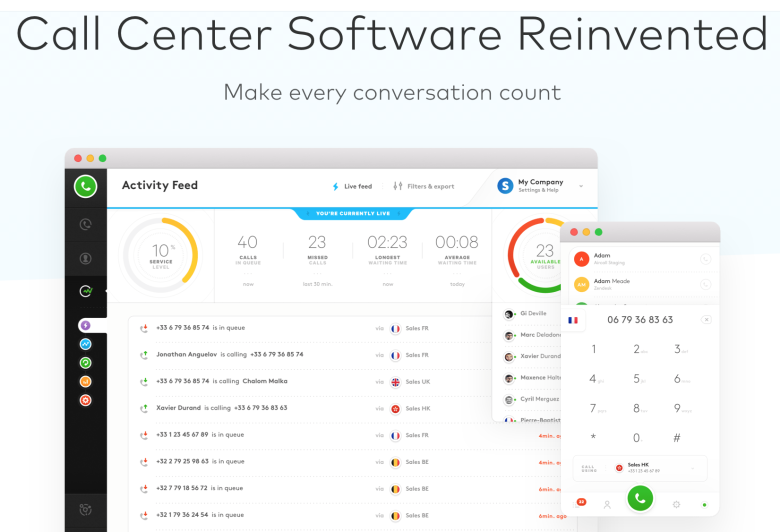 Aircall, a Paris startup that builds cloud-based call centre software, has raised $29 million in Series B funding to "reinvent the business phone".

The fresh round was led by Draper Esprit, with participation from Balderton Capital, NextWorld Capital, and eFounders. The latter French-Belgian startup studio gave birth to the company in 2014, and is steadily building a solid reputation for churning out great businesses.

Aircall is on its way to become one of eFounders' most successful _incubatees;_ the company says it will use the new funds to accelerate the buildout of its cloud-based phone system and attract senior talent to grow its teams in both Europe and the US.

Aircall raised its $8 million Series A round nearly two years ago, and has secured more than $40 million in funding to date.

“Teams are increasingly looking for efficiency and productivity gains made possible by integrating your phone into the SaaS tools your business is already using,” said Olivier Pailhes, CEO of Aircall. “We look forward to delivering more value to our customers through product enhancements and a broader integration ecosystem.”

Aircall secures $29 million in Series B financing to grow its cloud-based call centre software business
Comments
Follow the developments in the technology world. What would you like us to deliver to you?
All

NEXT
Berlin and Porto-based dashdash raises $8 million Series A to help anyone create an app
Dashdash, a new startup that allows anyone to…
Mary Loritz