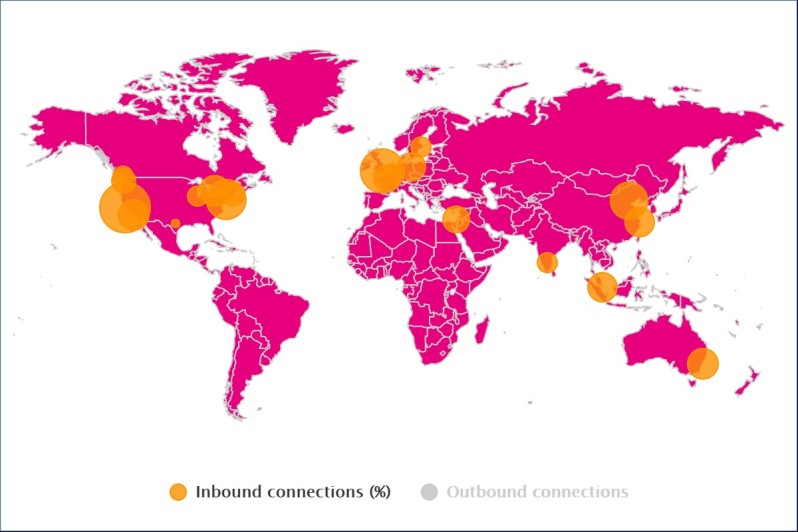 In the UK, tech is hot - really hot. London is European tech’s biggest hub, and its startups are the most connected in the world after Silicon Valley, according to the Tech Nation 2018 report. Many worried that the Brexit vote would negatively affect the tech industry, but to the contrary, in 2017 tech in the UK has proven itself stronger than ever, a sector rapidly growing.

The report found that the digital sector in the UK is growing 2.6 times faster than the rest of the economy. Turnover for UK tech companies grew by 4.5% in 2017, compared to a 1.7% increase in the country’s GDP. The UK also made it into the top three countries in the world for total capital invested in digital tech companies in 2017, behind only the US and China.

“From fintech to healthtech, self-driving cars and artificial intelligence, the UK’s digital tech sector is having an impact on every aspect of our daily lives and economy,” commented Eileen Burbidge, partner at Passion Capital and chair of Tech Nation. “Tech Nation’s survey of the industry shows that confidence and optimism is high, but it is important for us to keep supporting this sector and give British companies the best chance they can to grow and scale.”

2017 was a record year for the UK and Europe as a whole for tech investment. tech.eu’s 2017 funding report underscores the Tech Nation's findings, with investment in UK-based tech startups more than doubling to over €7 billion in 2017, up from €3.3 billion in 2016. UK investment volume has consistently been ahead of other European countries, but in 2017 grew by leaps and bounds. Tech startups have clearly been maturing and scaling across the country. In 2014, the majority of investments in UK tech startups were worth less than €1 million. In 2017, 75% of deals were worth over €5 million, with 83 startups raising rounds of €20 million or more, and nine startups raising mega-rounds of over €100 million, reaching or on their way to unicorn status.

“As an investor I am consistently impressed by the creativity and the ambition of tech entrepreneurs based in the UK,” said Jan Hammer, Partner at Index Ventures. “Following decades of hard work by entrepreneurs and the thousands of people they employ across the country, the UK has become home to some of the world’s leading tech companies. Attracting the most ambitious founders and talent from around the world to the UK will be key to keeping up the momentum."

Jobs in tech have also risen at five times the rate as the rest of the UK economy.

"Tech Nation 2018 highlights the extent to which the digital tech sector is providing new energy to the whole economy,” said Matt Hancock, Secretary of State for Culture, Media and Sport. “The sector is growing faster and providing more high-paying jobs than the wider economy.”

The Tech Nation 2018 report also surveyed 3,428 members of the UK tech community, the majority being founders and workers in tech companies.

Overall, the survey showed that UK entrepreneurs are optimistic about the future of tech. Over 70% of respondents expect the number of digital tech businesses in their area to rise over the next year.

Access to talent being the number one challenge for UK startups, the ecosystem will certainly have to adapt in the coming years as the country tightens its borders, since it relies on an exceptionally diverse workforce. London tech startups have the fourth most international workforce in the world, behind Singapore, Berlin and Chicago, with 54% of workers born outside the UK.

“The UK is a leader in technologies like artificial intelligence and blockchain,” said Suranga Chandratillake, Partner at Balderton Capital. “We must do all we can to leverage this advantage so that we continue to attract the most skilled people from around the world to work in our successful tech businesses. If we can do that, I’m confident that Europe will one day soon produce its own global tech giant.”

While London is the centre of tech activity, the report identifies 16 towns and eight cities where tech employment is higher than average, suggesting new potential hubs.

The success of UK tech startups is underpinned by a larger community, including 3,627 informal meetup groups with 1.6 million participants.

“The UK’s ecosystem offers so many advantages to a determined entrepreneur like me,” said Cherry Freeman, co-founder of the startup LoveCrafts. “When I look around me and see the other businesses that are rapidly growing into international companies I’m inspired to carry on creating a company that can make a meaningful difference to the daily lives of everyone in urban areas, both here in the UK and around the world.”

“The extraordinary performance of the UK tech industry is very gratifying but there is much yet to do in helping tackle some of societies biggest challenges,” said Robin Klein, partner at LocalGlobe. “Tech Nation is well placed to help the industry in its further development.”

The UK’s rising digital wave: Tech Nation report shows the strength of the tech sector
Comments
Follow the developments in the technology world. What would you like us to deliver to you?
All