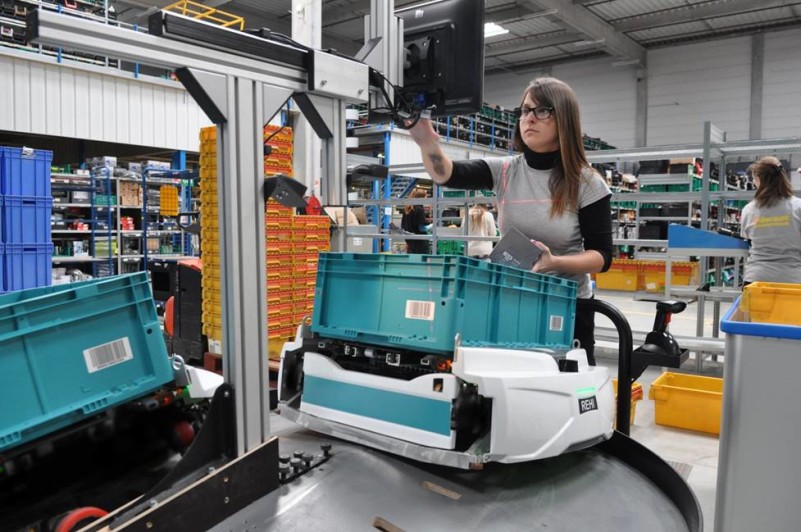 Exotec Solutions, a fulfilment robotics startup based in Lille, has raised €15 million in a Series B round led by Iris Capital with participation from existing investors, 360 Capital Partners and Breega.

Founded in 2015, the startup has raised €18.3 million in total to date to produce its Skypod shelf-mover robots for warehouses. Skypods can take up to 30 kg of payload, move at 14.4 km/h, and climb to a height of 10 metres using special racks by Exotec. The startup also installs picking stations for warehouse workers.

With the new round of funding, the startups expects to deliver 1,000 new robots by 2019.

“The ecommerce massive growth represents an infinitive possibility for us to expand, and our investors support will help us spread internationally while developing an ambitious product roadmap,” said Romain Moulin, Exotec CEO and co-founder.

French warehouse robotics startup Exotec secures €15 million from Iris Capital
Comments
Follow the developments in the technology world. What would you like us to deliver to you?
All