The waves of popularity of electric scooters of all sorts have been reaching the rest of the world from the US for the past few quarters, with players like COUP, Lime, and many others setting up their businesses in European cities. Dutch startup Etergo, formerly known as Bolt Mobility, is trying to ride the wave from the production side: the company has announced its upcoming range of AppScooter electric mopeds together with an equity crowdfunding round set to take place later this year.

In a presentation held at the Amsterdam Theatre—and seemingly aimed mostly at potential investors—Etergo's founders showed off the pre-production vehicles, manufacturing of which would start next year. The whole rebranding turned out to be caused by legal reasons which the founders didn't elaborate on.

Started in 2015 by Bart Jacobsz Rosier and Marijn Flipse, Etergo was supposed to serially produce its first e-scooters in 2016, however, as it often happens with hardware startups, it faced significant delays.

“In 2015, we received 78 pre-orders ,” Rosier said. “We thought initially it was going to take up to 1.5 years. Then we called every single one of them and told that it's going to take much longer and offered a refund, but most people decided to stick with us. We only had six cancelled pre-orders, less than 10 percent.” 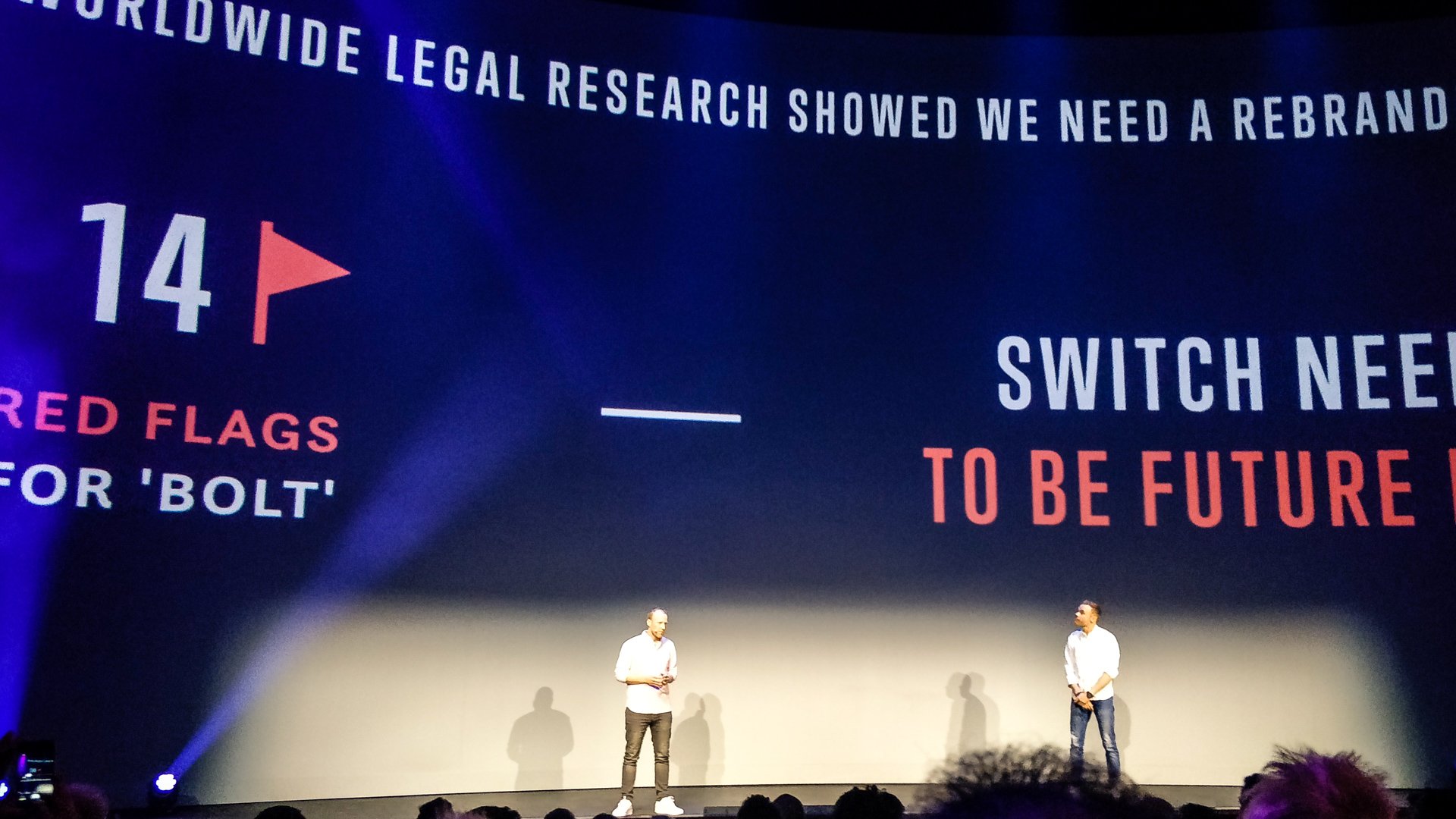 Now Rosier is sure that everything will soon be ready for mass production of AppScooters: the company has only the electromagnetic compatibility test left to complete.

The vehicles come in three colours and several speed and range versions, up to 75 km/h and 240 km, respectively, priced from €3,399 for the “basic package.” The key marketing feature of the vehicle is that it can accelerate from 0 to 45 km/h in just 3.3 seconds—faster than any other scooter on the market, according to Etergo. Potential buyers can configure and pre-order their own mopeds at Etergo's website, however, the estimated delivery would be no earlier than late 2019. 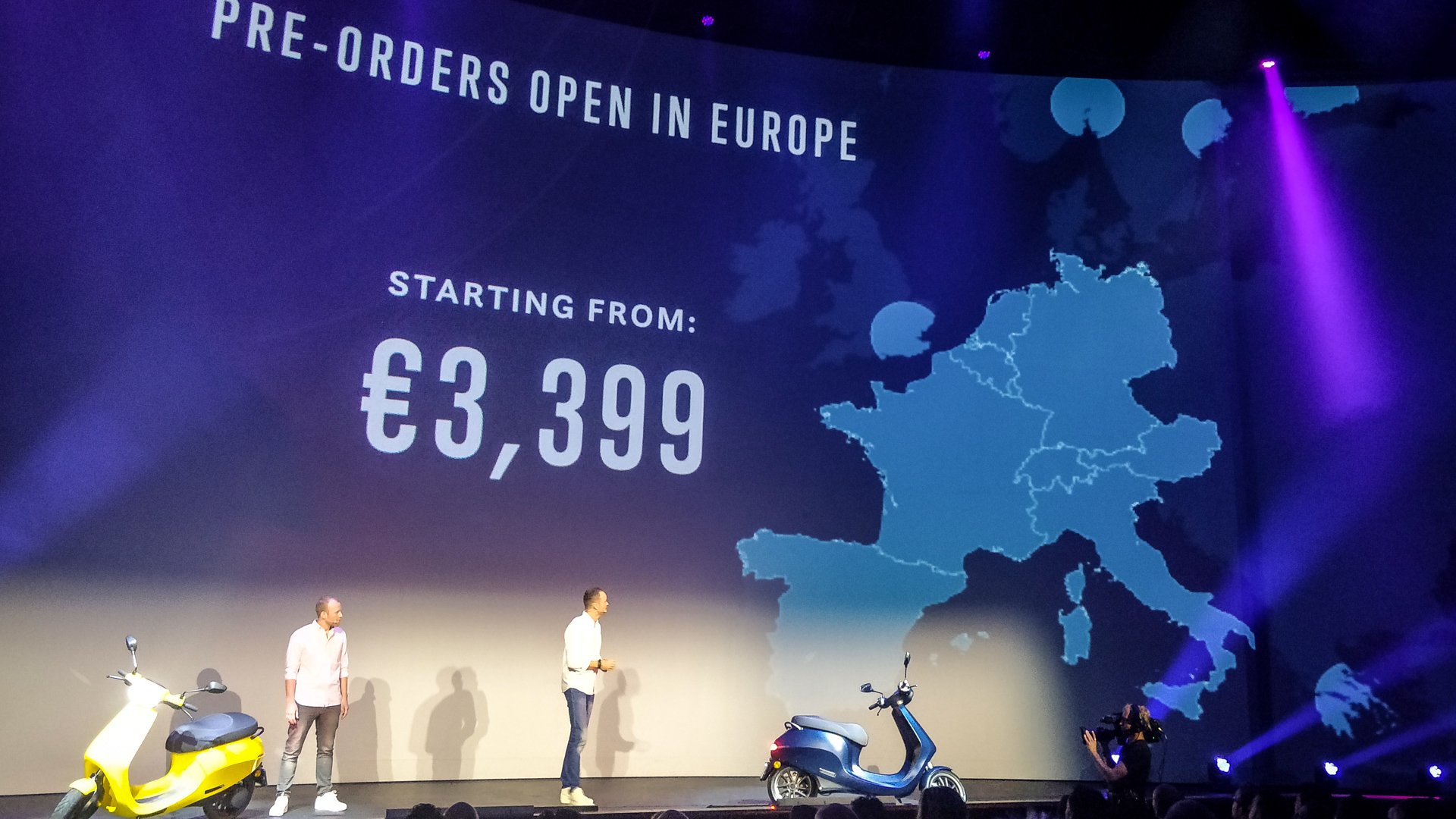 One of the main features of the AppScooter is the dashboard that effectively is an Android device controlled via a touchscreen (when the scooter is standing still) or a set of handlebar-mounted buttons. Etergo cites smartphones as one of the main causes of scooter accidents, as drivers tend to get distracted trying to check the map or change a song on Spotify. The AppScooter allows the rider to connect their Android or iOS device and have all the controls at their fingertips.

Thanks to a series of design tweaks and the glass-fibre composite material of the hull, the AppScooter has a pretty big trunk, optimised to fit a standard beer crate—something that Dutch users would definitely appreciate.

“Our designer didn't always like it, but it actually provides a lot of value for people,” Rosier said. “It's just something that sticks to people's minds, but it's also something we've actually heard from a lot of our early customers—that because of the beam between the rider's legs they couldn't put a beer crate there. So everyone loved the idea of being able to put it in the trunk.”

There's no such thing as enough money

Etergo has already raised some €4 million in equity crowdfunding to date and is looking to raise more capital later this year. The plan, which could be the main reason for the posh-looking presentation in Amsterdam, is to secure another round of €9–10 million in order to start producing the scooters. The company is talking to a few potential manufacturing partners in different parts of the world. 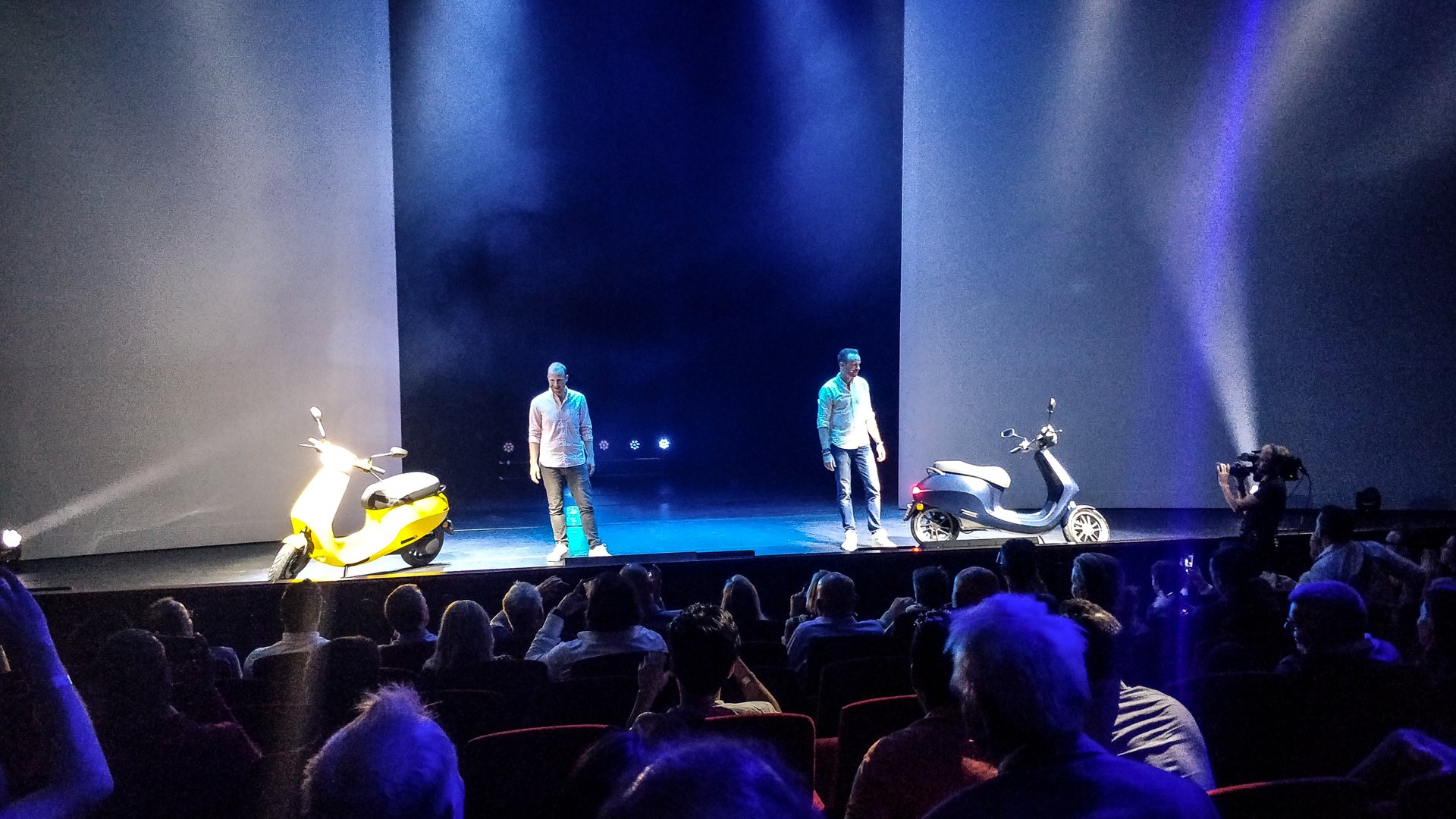 “We have seven contenders in the bidding process from Eastern Europe, Malaysia, Vietnam, China, and even Northern Europe,” Rosier said. “We have a slight preference for the European contenders, but they're all top contract manufacturers with a long list of certifications.”

Etergo plans to sell and lease its scooters to both individuals and business customers, including mobility startups like Lime or COUP and delivery services like Foodora or UberEats, in the future. Those would supposedly have fewer features and come at lower prices. However, the private customers—and particularly those early adopters willing to pay a hefty premium to get their shiny e-scooters among the first—would remain the company's focus for now.

It's hard to say whether Etergo would be able to fulfil its B2B vision with the high prices of its vehicles and the relatively small-scale production plans for the foreseeable future. The competition is starting to heat up with players like Germany-based Unu and Taiwanese Gogoro coming up with affordable vehicles for both sharing platforms and individuals.

The new AppScooter definitely has its appeal, though, with its impressive acceleration, sleek design, and functional dashboard, let alone the beer crate-sized trunk. The startup markets itself as the “Dutch Tesla on two wheels,” so here's hoping its future will be less melodramatic.

Dutch electric scooter startup Bolt Mobility rebrands as Etergo, announces big fundraising plans
Comments
Follow the developments in the technology world. What would you like us to deliver to you?
All

NEXT
These were the 10 biggest European tech stories this week
Happy Friday! This week, we tracked 66 tech funding deals worth more than €816 million, as…
Robin Wauters