AI beats pharma? Cambridge neurotech startup BIOS is on a mission to replace pills with algorithms

Last week, I hopped on a call with Emil Hewage, the affable co-founder and CEO of a Cambridge-based company called BIOS, in an effort to understand what the 'neural engineering startup' is up to - with limited success at first, I might add.

Indeed, BIOS' mission (to create "the open standard hardware and software interface between the human nervous system and AI") sounds terribly futuristic to a non-scientist like yours truly, but the premise also too enticing not to dig into.

Basically, the company wants to replace pills with algorithms.

BIOS and its team of experts from a variety of fields (you name it; neuroscience, machine learning, software engineering, applied biomaterials, biotechnology and medicine) have set out to succeed in integrating AI-based treatments straight into the human body and act in lieu of pharmaceuticals.

Hewage, a computational neuroscientist himself, teamed up with bioengineer Oliver Armitage to make this attempt in earnest back in 2015, picking up a $4.5 million seed round of funding last year as it opened an R&D office in Montreal, Canada on the road from concept to reality. 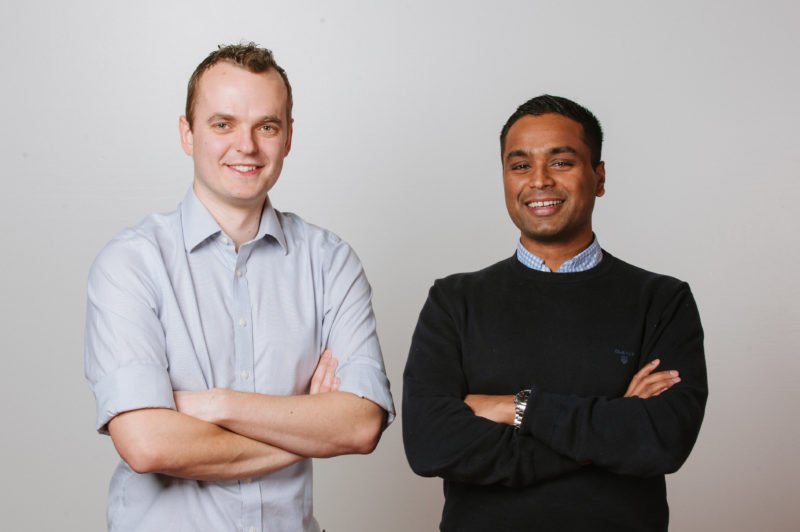 The neurotech company is part of a growing list of startups working on brain-machine interfaces, neuro-prosthetics and the like, including Elon Musk's Neuralink, and graduated from Y Combinator in 2017.

Fast forward to today and the startup is announcing some rather exciting news at the INS Conference in Sydney, Australia, unveiling a platform for AI-led research into the application of technology for chronic disease management.

This sends a strong signal that BIOS will be able to develop AI-based neural treatments and directly treat chronic disease patients via their brains and neural pathways.

Chronic diseases such as heart disease, arthritis or diabetes often come with pricey and complex treatments, but so far there are few alternatives.

According to BIOS, a major bottleneck to date in the development of AI-based treatments has been the speed and accuracy with which scientists could discover and recreate the exact neural signal patterns capable of affecting our health. Yet, once identified, these so-called 'biomarkers' can be used to design new treatments.

The Cambridge startup’s approach has been to develop "a neural data biomarker discovery platform" combining long lifetime neural interfaces (essentially connections that allow computers to both read and write neural data directly to and from the body) with an AI system to 'learn' the biomarkers directly from the neural data.

"This is really the first time we have been able to understand the 'language' of the nerves as the basis for delivering treatment. Scientifically, we knew we could stimulate a nerve to treat an organ in a similar fashion to conventional medicine, but this gives us the capability to understand and communicate with the nerves and organs directly so treatments can be made to respond to them in real time. Now that we understand the code, the next step is to start to create treatments."

It's early days for BIOS, admittedly, and the seed round of financing it raised last year (from Real Ventures, AME Cloud Ventures, Endure Capital, Heuristic Capital Partners, K5 Ventures and Ariel Poler) will only get the startup so far. Indeed, Hewage told me he envisions securing more funding to ramp up the fledgling company's research and development efforts.

Today's news should help, in that regard, and we'll continue monitoring the startup as it grows.

ICYMI: Throughout May, tech.eu is focused on surfacing interesting stories, startups and people from the health/medtech industry, powered by Bayer G4A. With this program, the health industry giant aims to establish long-term partnerships with interesting digital health startups.

AI beats pharma? Cambridge neurotech startup BIOS is on a mission to replace pills with algorithms
Comments
Follow the developments in the technology world. What would you like us to deliver to you?
All