A new report commissioned and created by European Women in VC, Experior VC, and Unconventional Ventures found that in terms of capital productivity, women outperform men by as much as 96% in the CEE region. 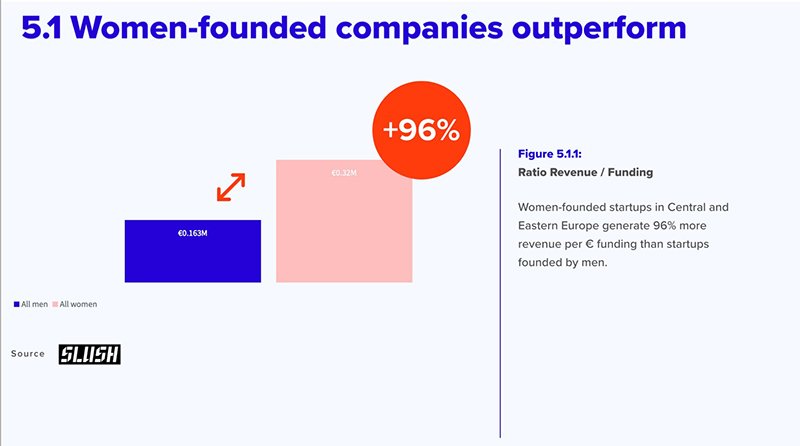 “As a young and dynamic ecosystem, CEE has the opportunity to learn from the successes and slip ups of established hubs, and leverage the untapped potential and returns of building diverse and inclusive founder communities,” comment Thea Messel and Nora Bavey, General Partners at Unconventional Ventures.

According to the report, 85% of investment roles at any level in active VC funds in the region are occupied by men. When looking at 'Partner' level, the figure rises to 93%, and even higher at 'General Partner' level. Women-managed funds in the CEE region comprise just 3%.

Between 2016-2020, all-women teams won 4.2% of deals, however, they only raised 2.2% of available capital. Translation: women need to raise more frequently.

“Gender diversity has to be a priority but not for the future, we need to act now. Google for Startups is committed to supporting women founders in our region by making sure we have female-led & mixed startups significantly represented in our programs, having the diversity aspect present in all our initiatives, engaging female founders as our mentors and showcasing success stories not only to investors but also general public, to bring more and more women into startups ecosystem,” said Michał Kramarz, Head of Google for Startups, CEE.

NEXT
Berlin-based Kontist raises €25 million for its freelancer-focused neobank and tax services business
Earlier this month, we published an interview…
Robin Wauters