Know when to hold 'em, know when to fold 'em: Glovo CEO talks about their expansion hits and misses

Glovo, the Spanish on-demand delivery platform, is no stranger to entering - and leaving - new markets. Fresh from raising €450 million in April, Glovo today announced it had acquired a bunch of Delivery Hero brands in Central and Eastern Europe to the combined value of €170 million. They also recently bought the Ehrana delivery platform in Slovenia.

"It’s always been central to our long-term strategy to focus on markets where we see clear opportunities to lead and where we can build a sustainable business," Glovo co-founder and CEO Oscar Pierre said in a statement today. "Central and Eastern Europe is a very important part of that plan."

Glovo sold off its entire Latin American business to Delivery Hero in September 2020, in a deal worth €230 million. Now the company is gearing up to massively boost its ‘dark store’ warehouses for last-minute grocery delivery in Europe and honing in on markets in Central and Eastern Europe.

Pierre sat down with Tech.eu earlier this week to talk about the Spanish unicorn’s expansion hits and misses — and the importance of knowing when to cut your losses and get out, for our new Crossing Borders hub.

Founded in 2015, Glovo now has a presence in 22 countries. In terms of expansion strategy, Pierre says that they focus on markets where they can be the number one player.

“We fundamentally believe that in most marketplace industries being a winner matters a lot,” Pierre says. “We don’t think it’s a winner takes all business, but we do think that being a distant second player just kills most of the crucial KPIs— the number one brand will always acquire cheaper customers and retain cheaper customers, and many other KPIs.”

He says that they learned this lesson the hard way as they were always very ambitious. After cracking Spain and Italy, they began launching internationally at speed.

“In some cases we were right, and we went there and disrupted the market very fast, and achieved leadership positions,” Pierre says. “And in some others we were wrong, we made the wrong assessment, the biggest one was Brazil.”

The local player in Brazil, iFood, had been operating for 15 years, and Glovo deemed it to be a beatable competitor. However, Pierre notes that they realised after just three months that iFood had such a strong brand that they could not beat it unless they invested “literally hundreds of millions per year.” So Glovo made the tough call to shut down that market.

“I think it’s a competitive advantage of Glovo today, the fact that we learned the hard way to make these tough calls,” he says.  "In the last three years we have expanded a lot, and many markets have been going very well, but we’ve also learned to shut down very fast—we’ve sold or shut down a lot of markets because we didn’t have a clear path to number one.”

Not only did Glovo exit Brazil in 2019, it subsequently pulled out of Turkey (delivery giant Getir’s home turf) and Egypt in January 2020. 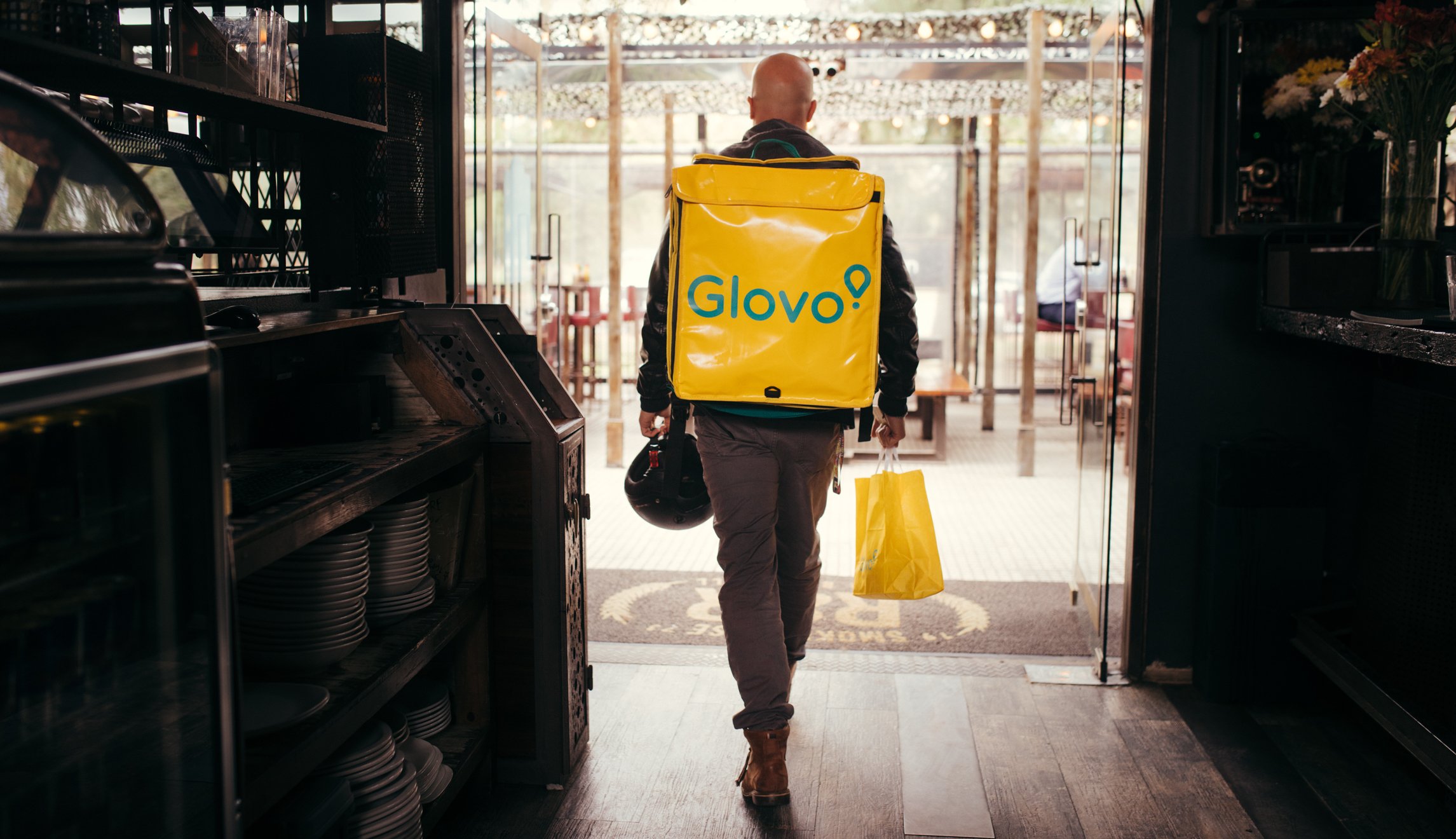 All of which begs the question: how does Glovo assess whether to enter a market and at what point it is not viable to stay?  Pierre says that is a question they have gotten better at answering as they have matured, and that there was always a correlation with market expansion and their available funding at a given point in time — apart from Brazil.

“In the Brazil case it was super fast, within three months we said ‘hey we were wrong, we did the wrong analysis,’” he says. “I think what a typical startup would do is keep believing, keep investing, because you sold it to investors, you sold it to the board, you sold to it employees that Brazil was the right decision and you want to just keep pushing that incase there’s a small chance."

“We looked at all the fights and the battles that we have and at some point it’s like ‘hey guys, if we really need to keep winning in Spain, Italy, and in Ukraine and Poland, we cannot invest in LatAm, for example, we don’t have budget for LatAm'.”

He says they take a more systematic approach to expansion now, putting certain checkpoints in place when they launch in a country, including results they need to see in months three, six, and twelve to evaluate success.

According to Pierre, Glovo’s sharpened focus on central and eastern European markets is due in part to these places being a “bit less competitive” but offering really healthy user frequency and retention. The same goes for Ghana and Uganda, where they recently launched.

“I think we Western Europeans tend to undervalue these Tier 2 markets a lot, and always tend to prioritise France, the UK etc, which is also what investors value the most, right?” he says.

He described Eastern European and African markets as "super exciting.” “I think we need to keep convincing ourselves and the board and investors that it’s the right time—sometimes it feels a bit too early for Sub-Saharan Africa, but in 10 years from now it’s going to be a massive market, so a big bet for the future.”

Dark disruptors - getting into the Q-Commerce game

One of the winners during the Coronavirus pandemic has been Q-Commerce, the super-speedy grocery delivery that can have items at your door in minutes. To achieve this speed,  companies are opening their own warehouses, called "dark stores," stocked with the most-asked-for products that can be sent on a courier to people within minutes.

Pierre says that Glovo plans to increase their dark stores from 10 to 150 warehouses to enable 10-minute delivery. This means a big investment in new technology, with new tech hubs in Kiev, Madrid, and Warsaw.

“One of the biggest mistakes we made was being very slow on tech,” Pierre says. “We're a low-margin high-complexity platform, where a lot of things need to happen in 20-30 minutes, and the more we expand the more we realise that the diversity of partner stores that we work with and users and countries and cities is massive.”

He describes the dark stores, which they started two years ago as “one of the most exciting things that we launched… when you see the customer feedback, customer retention and frequency. "

“We are changing something that hasn’t been changed for years, which is people going to a supermarket to buy their day-to-day things. It feels magical, but the magic part is not the service — it’s very easy to deliver groceries in 10 minutes if we have a courier there waiting — what is really magic is to make it profitable to make the economics work, and for that you need to invest a lot in technology.” 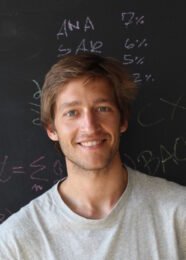 The ability to make tough decisions and think very fast is fundamental to success.” Even if it means exiting a market, startups must focus on where they can have a competitive advantage.

2) Shutting down countries yields valuable lessons.  “We burned a lot of millions in Brazil but it was so worth the learnings,” he says. “We learned it wasn’t about the UX and the technology and how fresh the app looks, but also about the brand.”

3) “Culture is important across all your offices.” Glovo trains market launchers in their Barcelona base, not only on how global markets work, but on the company’s identity: “Every single one of them was a role model in our values, and this is super important.”

4) It is easier to train people and send them to launch new markets than to hire from afar. “Sending a launcher that you trust completely and having that person there for however long it takes is not only great for speed and operations but for the culture.”

Know when to hold 'em, know when to fold 'em: Glovo CEO talks about their expansion hits and misses
Comments
Follow the developments in the technology world. What would you like us to deliver to you?
All